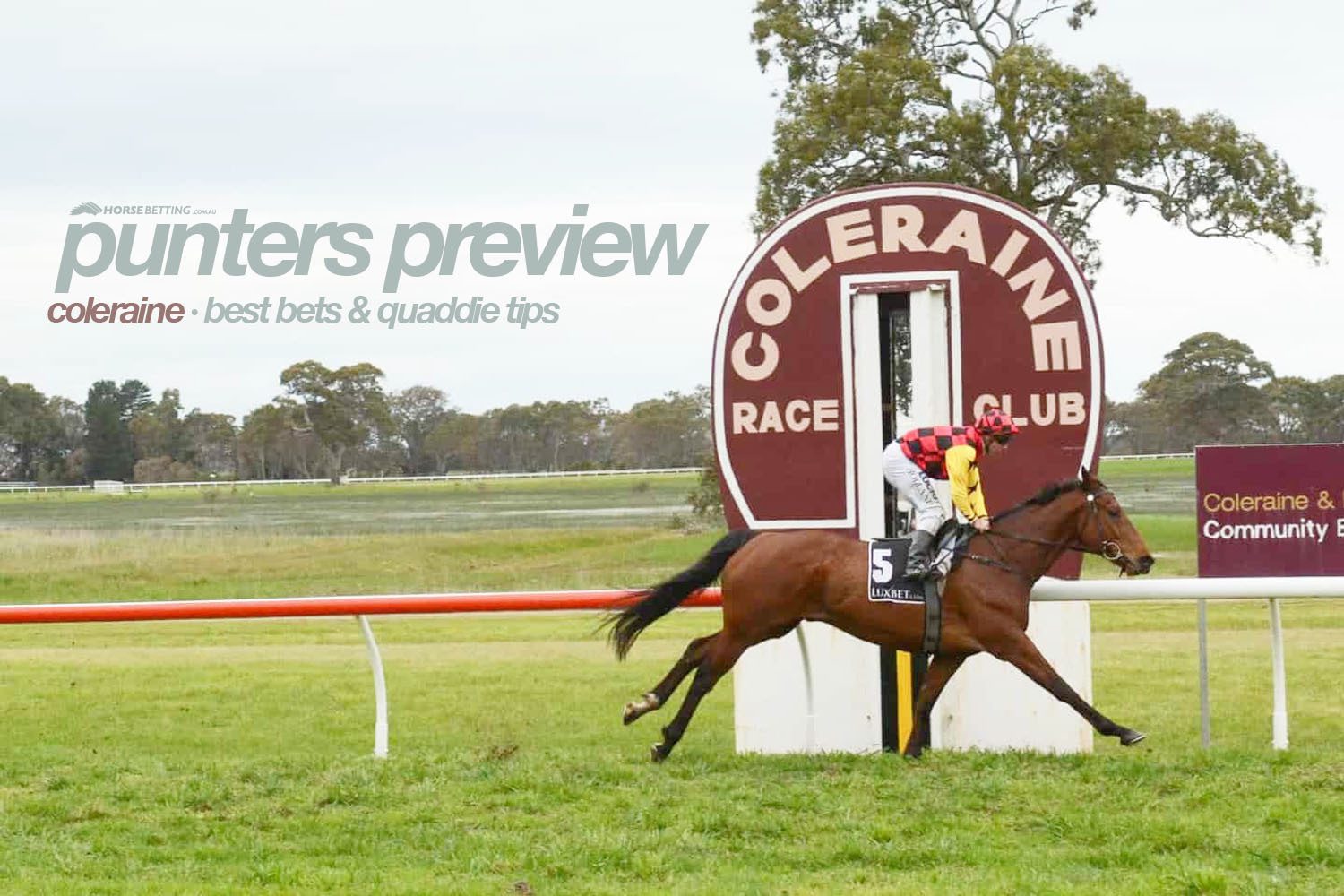 For the first time since September 24, racing returns to the Coleraine Racing Club on Tuesday afternoon where a seven-race card is scheduled following the transfer of this meeting from Warrnambool. Near perfect conditions are going to greet punters with the track coming a Soft 5 and the rail in the true position the entire circuit.

We kick off the day of racing at 1:30pm AEST with a maiden under Highweight conditions.

Having absolutely smashed his rivals in a 0-58 Highweight at Casterton on July 24, we anticipate the Jackie Beriman-trained Bedouin King can continue his strong form in this BM58 event. Having put close to five-lengths on his closest rival on that day, the soon to be seven-year-old gelding looked to have plenty left in the tank over the 1800m. Despite dropping back to the 1600m on Tuesday, he wasn’t beaten far at the trip three starts back on the Pakenham Synthetic and if he is near his recent form, then the Desert King gelding looks a clear best bet on the card. The $3.60 on offer with online betting sites for Bedouin King is a ridiculous price for a horse clearly in career best form.

Next Best at Coleraine – O’reilly Mcluke

The Symon Wilde-trained O’reilly Mcluke came from new Zealand with a fair old spruik about him and safe to say he hasn’t lived up to that hype….yet. The now six-year-old gelding was nosed out of a win at Donald on June 26, before being well beaten at Ballarat on July 10. He comes to this 0-64 affair in more than good enough form to take out a race like this and with Linda Meech on board, rates highly. Look for Meech to use barrier five to her advantage and look to be at her best, rating a front-runner perfectly in a near uncontested lead. As the saying goes, Linda, leader, legend.

Having gotten the bob in just in time at Warrnambool last time out, we are hoping the Majella Ballantine can build on his maiden success. The Sooboog gelding appreciated the wetter surface on that day when gripping on in the shadows of the winning post. The step up to the 1300m following the win over 1200m looks ideal and despite drawing barrier eight, we anticipate Jarrod Lorensini will be aggressive early and have the gelding settled in the one-one at worst or on the rail leading the field up. The $10 with online bookmakers look a reasonable price to load into in the final race of the day.