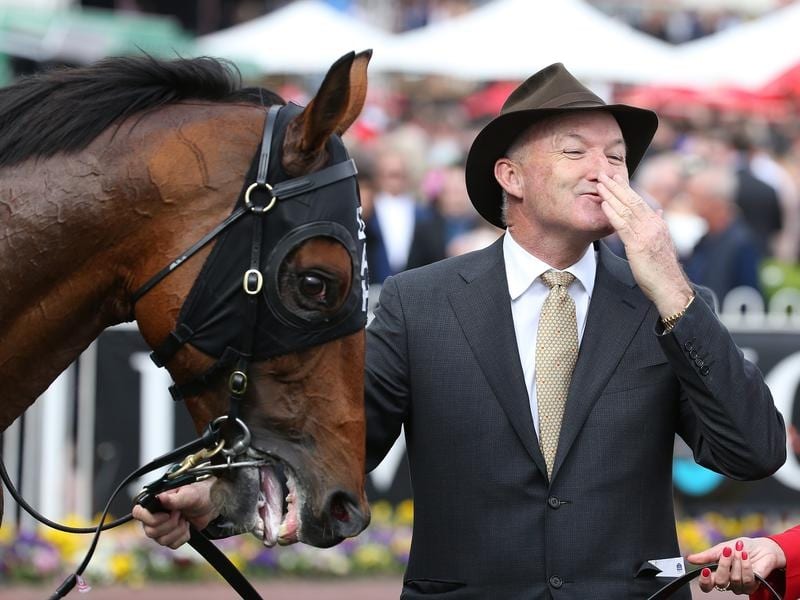 The winner of the Caulfield showpiece in 2017, Boom Time has been retired after finishing last over 2500m at Flemington on Saturday.

Senior Lindsay Park trainer Hayes, said he was hoping to find a suitable stud for the seven-year-old.

“We’re starting to work through the process of finding him a home now,” Hayes said.

“It would be nice if we could find a stud that wants to stand a Caulfield Cup winner. We were hoping that he’d be racing through the season for the family, but his form wasn’t good enough.

“He was showing by not wanting to go into the barriers that he’d had enough.”

Hayes said Lindsay Park would start approaching studs to ascertain their interest in Boom Time in a bid to find a home for a low-budget stallion who is a Group One winner.

“Somewhere like Perth or New Zealand could suit him,” Hayes said.

Boom Time is by Flying Spur and has family ties to Scandinavia, grand-dam of champion sprinter Black Caviar.

After beginning his career in Perth with Trevor Andrews, Boom Times had three starts with Peter Moody before making his way to Lindsay Park.

When Boom Time’s previous owner Kim Loxton fell on hard times, Hayes took over the ownership of the horse who went on to win the Caulfield Cup before finishing 15th behind Rekindling in the Melbourne Cup.

A suspensory injury followed by a tendon injury resulted in Boom Time spending time on the sidelines during his career.