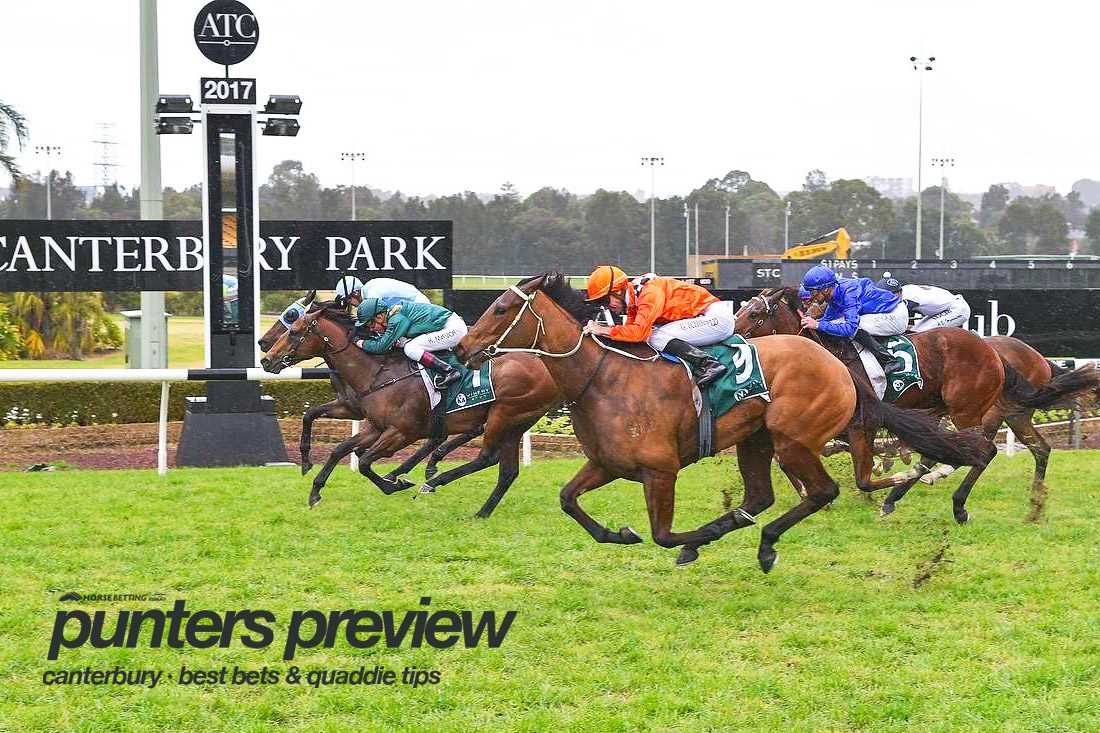 HorseBetting’s New South Wales racing analyst presents his best bets and quaddie selections for Wednesday’s metropolitan meeting at Canterbury. Seven races are scheduled to be contested on a Heavy 9 track, while the rail is out 8m for the entire course. The meeting is set to begin at 12:50pm AEST with the running of a 3YO Maiden over 1580m.

Jason Coyle and James McDonald combine in race three with a gelding who just relishes wet tracks. Six-year-old Chateaux Park thrived on the Kensington track last start on a Heavy 10 to win comfortably, while before that he wasn’t beaten very far at all in a Midway at Randwick. The son of Ocean Park steps out to 1900m on Wednesday – an extra 100m from his recent win – while he does rise 2kg for his troubles. From the outside barrier in this eight-horse field, McDonald will look to slot in somewhere midfield and give his mount every chance of winning again.

We have always had plenty of time for Mystic Mermaid, so it was pleasing to see her get a much-deserved maiden victory at her most recent start. The four-year-old by Fastnet Rock only narrowly got the job done at Newcastle, but her form prior was good enough to suggest a race like this wouldn’t be out of reach. In her seven starts, she still hasn’t raced on a dry track, and it will remain that way on Wednesday with another heavy track on the cards. In saying that, this mare has only missed the places once, so she can clearly handle the testing conditions. James McDonald and Chris Waller can get their season rolling here.

In his past three starts, Wild Chap has been beaten a combined 32 lengths, but prior to that he was winning and winning well right here at his favourite track. The Brett Lazzarini-trained six-year-old has won three races from as many starts at Canterbury, recording dominant back-to-back wins at this track in May before his run of outs began. The son of Toronado has only been out of the placings twice from nine starts on heavy tracks, while the mile is certainly his sweet spot. Although his form of late hasn’t been the best, getting back to Canterbury could see a vast improvement. Reece Jones will take 1.5kg off his back, so he gets in with 60kg and has drawn favourably in barrier three to control the race from the front. We are hoping the tide will turn.