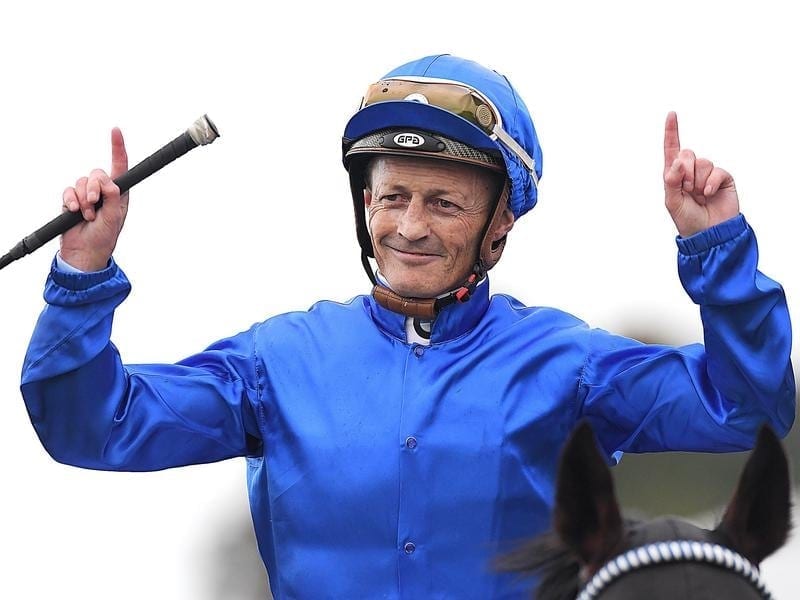 Damian Browne will ride at the Sunshine Coast meeting on a stay of proceedings of a suspension.

Jockey Damian Browne has only one reservation as he chases a Caloundra Cup victory at the Sunshine Coast on Megablast.

Browne was furious on Wednesday when stewards suspended him for two months on a handling charge involving Fighting Teo who was unplaced as favourite in a race at Caloundra three weeks ago.

He is able to ride on a stay pending his appeal and an internal review of the decision.

Browne was adamant Fighting Teo had not been “right” in his action after striking himself leaving the barriers.

“I think the charge and suspension was unreasonable because I was thinking of my safety and the safety of other jockeys,” Browne said.

He will now run in the Caloundra Cup (2400m) on Saturday as a lead-up to the Group Three Queen’s Cup (3200m) on July 14 after a longer than planned space between races.

“He will be suited by a wet track but it has been a month between runs,” Browne said.

Megablast,who has won five of his 10 starts on heavy tracks, has had two starts this campaign in Queensland finishing sixth in the Group Three Chairman’s Handicap (2000m) at Doomben and third in the Group Two P J O’Shea Stakes (2200m) at Caloundra.

Tiley is best remembered in Australia when as a jockey he had an outstanding autumn carnival in 1982 winning the Tancred and QE Stakes (Prince Majestic), Doncaster and All Aged (My Gold Hope) and the Sydney Cup (Azawary).