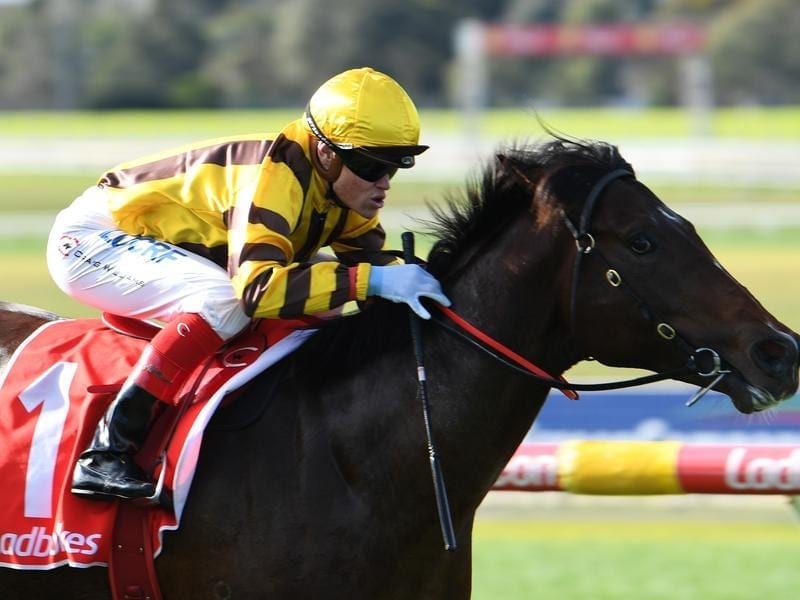 Ben Hercules will make a Sydney debut at Randwick that could thrust him into new-season spotlight.

Two-year-old Ben Hercules will be trying to enhance his standing as a candidate for black-type racing when he makes his Sydney debut at Randwick.

The Lindsay Park-trained colt has returned this preparation with back-to-back wins in Victoria at Bendigo and Sandown over 1000m.

Connections then opted to send him north to Sydney for Saturday’s Rosebud Prelude over the same distance.

“It’s never easy to win three in a row going up in class but you never know,” co-trainer David Hayes said.

“He’s a good chance I think.

“He’s been up there for 10 days. He seems happy that way of going but you never know until you run. This is his biggest test.”

Hayes believes Ben Hercules is up to Saturday class and the Rosebud Prelude shapes as a test of his credentials heading towards a planned start in the Listed Rosebud (1100m) at Rosehill on August 11.

“He’s on trial for The Rosebud,” Hayes said.

Ben Hercules is in his second racing preparation after finishing second on debut in a Ballarat maiden in January before being unplaced in the Blue Diamond Prelude.

Saturday’s field includes Godolphin colt Plague Stone who was runner-up to Written By in the Blue Diamond Prelude last campaign and hasn’t started since his fifth placing in the Group Two Todman Stakes in March.

Plague Stone has won two barrier trials leading into his return and was the $2.15 favourite on Thursday to break through for his first win on Saturday.

Ben Hercules was on the fourth line of betting at $7.50.