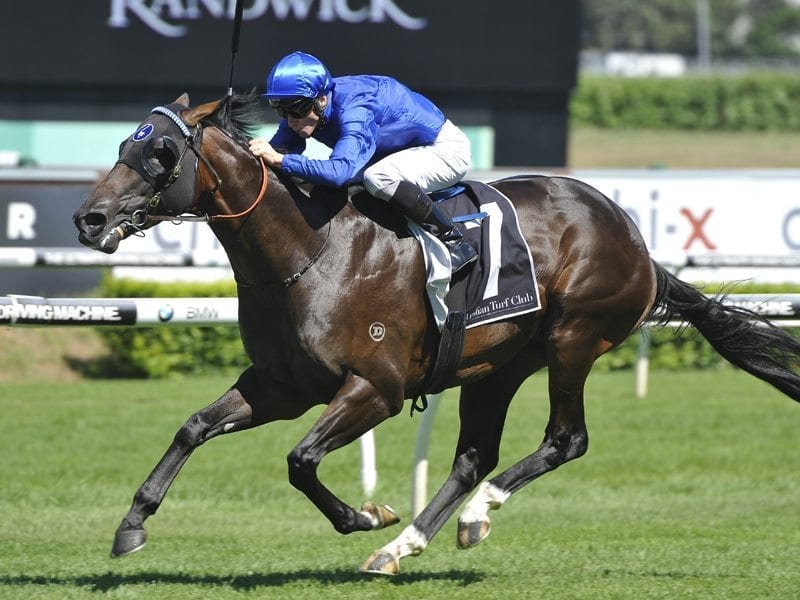 Group One winner Holler will contest a Randwick barrier trial to prepare for a trip to England.

Godolphin colt Holler will ensure there will be international interest in an otherwise regulation set of off-season barrier trials at Randwick.

Holler is among 10 acceptors for a 1050m heat on Friday as the three-year-old tries to present his claims for a Royal Ascot start.

Group One-winning mare Amicus and stablemate Barbed are expected to be among Holler’s rivals.

A winner of the Group One Canterbury Stakes during the early stages of the Sydney autumn carnival, Holler has not been seen in public since a photo-finish second to Flamberge in Group One William Reid Stakes in March.

As it stands, Holler is shaping as Australia’s only representative at Royal Ascot.

Trainer John O’Shea has entered Holler for the King’s Stand Stakes over 1000m and the Diamond Jubilee over 1200m.

Holler is booked to fly to England on May 31 and the five-day Royal Ascot carnival will be held from June 14 to 18.

Melbourne sprinter The Quarterback has been mentioned as Royal Ascot possibility, but trainer Robbie Griffith insists the Newmarket Handicap winner has to go to a new level in The Goodwood to warrant an overseas trip.