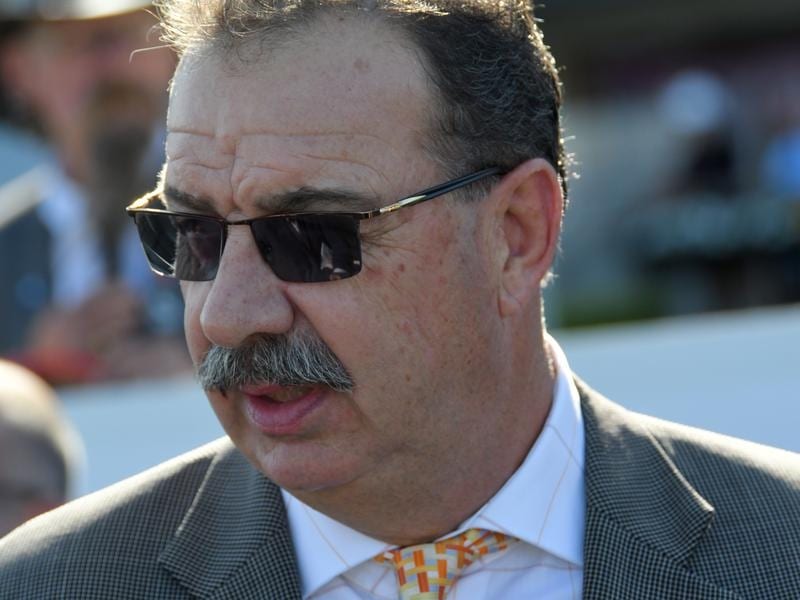 Trainer John Sargent is looking for a strong performance from Aspect Ratio in the Vinery.

John Sargent will be pleasantly surprised if Aspect Ratio can cause a boilover in the Vinery Stud Stakes but believes the filly can be a genuine contender in the ATC Australian Oaks.

Aspect Ratio is scheduled to run against star fillies Funstar and Probabeel in Saturday’s Group One Vinery, with that duo dominating the early market at $1.80 and $3.50 respectively.

Aspect Ratio finished a distant fourth on a heavy track in the Phar Lap Stakes (1500m) at Rosehill last start, won by Funstar from Probabeel and she steps up to 2000 metres for the first time on Saturday.

“Tim Clark galloped her this morning and was happy with her so she’ll go that way and run in the Vinery,” Sargent said.

“It sets her up for the Oaks and that’s her main ambition for this preparation.

“She’s by Declaration Of War, the same sire as the Melbourne Cup winner (Vow and Declare) and once she gets over 2400 metres she’ll be in her element.

“As long as she’s running home on Saturday I’ll be very happy and then we’ll look at going from there.

“I don’t think she would beat those other two over 2000 metres, but it’s a different story over that extra 400 metres.”

Aspect Ratio has one win and two placings from nine starts, with her lone victory in a Warwick Farm maiden over 1600m last spring.

She was unplaced in the Group Two Fillies Classic (1600m) at The Valley in October.

The Vinery is one of two Group One races scheduled for Saturday’s program which at this stage is going ahead amid strict coronavirus protocols.

The Waller-trained Verry Elleegant, second in last Saturday’s Ranvet Stakes, was the $2.50 favourite on Tuesday for the other Group One event, the Tancred Stakes, ahead of last year’s winner Avilius at $2.80.