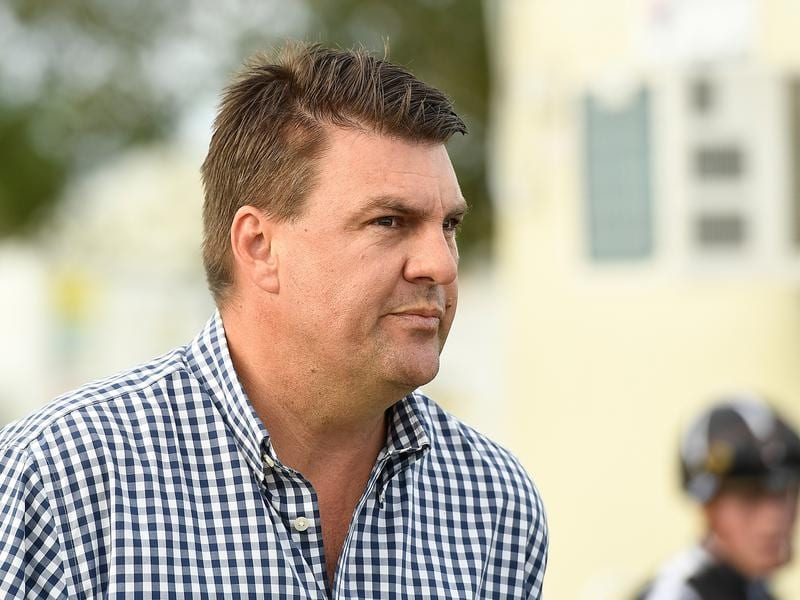 Trainer Chris Anderson has aborted plans to take Profit to Sydney and will keep him in Brisbane.

Trainer Chris Anderson has inked in winter plans for one of his star three-year-olds but is monitoring interstate travel arrangements for another.

Anderson has two of the best three-year-olds in Queensland with Profit and Ballistic Boy.

Profit will have his second run back from a break in the Chairman’s Club Handicap (1600m) at Eagle Farm on Saturday.

Last-start winner Ballistic Boy is booked to run in the Carbine Club Stakes at Randwick on April 4.

Anderson said he had considered taking Profit to Sydney but he would stay in Brisbane for the winter with the Group One Queensland Derby on May 26 his aim.

“I gave him a trial after he was second when first-up four weeks ago. He won the trial well and despite a big weight he should be hard to beat,” Anderson said.

“We thought about going interstate with him but the winter looks the best option.”

Anderson has booked senior rider Brad Stewart for Profit who has drawn barrier one.

Ballistic Boy, who like Profit is raced by a Think Big Stud syndicate, was an impressive Eagle Farm winner at his most recent start.

“He was never better than three-deep so it was a very good run,” Anderson said.

“Ballistic Boy is up to Sydney but we will just have to see how things go with coronavirus and travel.”