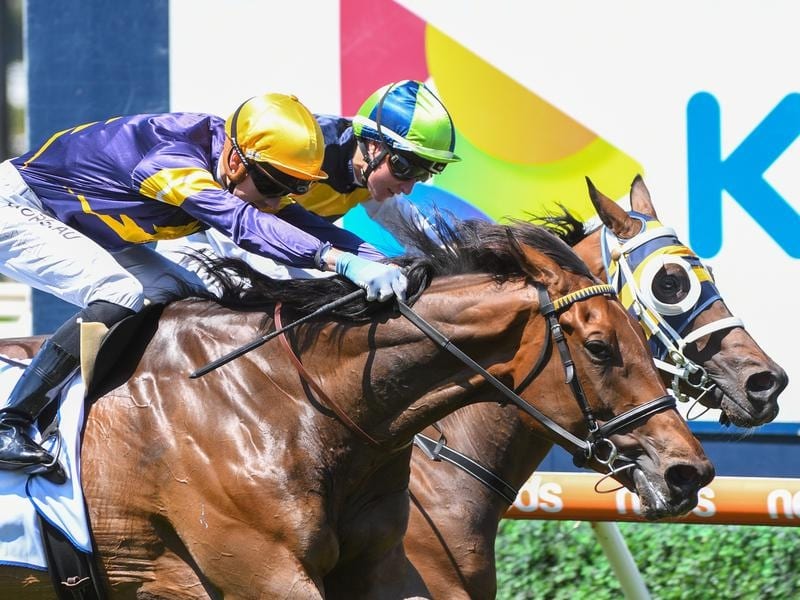 Imported stayer Aktau has landed a second win on Australian soil with a late finishing burst at Caulfield.

The Moroney-trained galloper has now had three starts since arriving from Europe and added Saturday’s Keno Classic Handicap (2000m) to an earlier win at Flemington.

Aktau will be aimed at the Mornington Cup (2400m) on March 21 with the winner of that race gaining a ballot exemption into the Caulfield Cup (2400m) in October.

Moroney said he was undecided whether Aktau would need another start before the Mornington Cup.

A four-year-old, Aktau was purchased with the big spring Cups races in mind and Moroney said the gelding lacks maturity in both body and mind.

“He’s still a work in progress and doing it upside down at times,” Moroney said.

“Once he learns what it’s all about, the talent is certainly there.

“We’d like to run in the Mornington Cup all going well now which will get him that ticket back here if we can.

“He’s still got a lot of improvement in him and it will be good to see him up over his right trip once he learns to relax and go the Australian pace.”