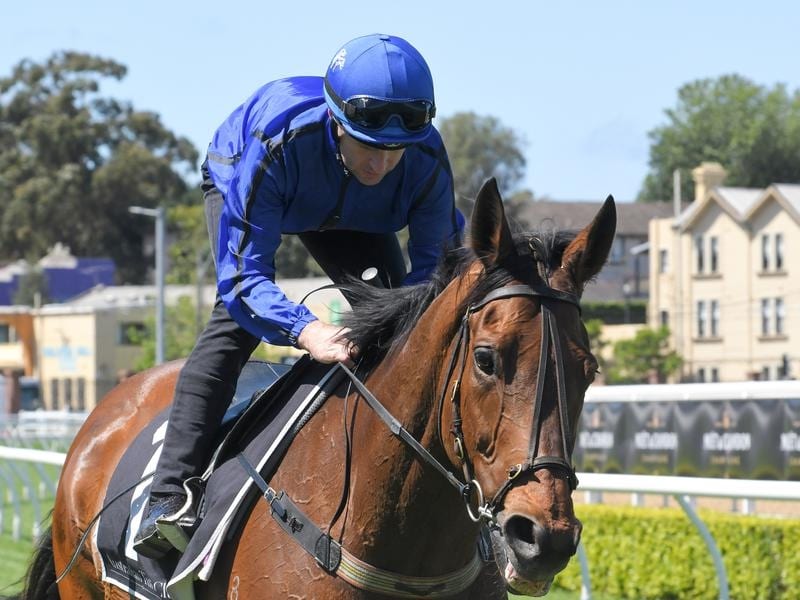 Veteran Happy Clapper will line up in his fifth Group One Queen Elizabeth Stakes at Randwick.

For the first time in four years, Happy Clapper won’t have to contend with Winx in the Queen Elizabeth Stakes.

While Winx was unbeatable during her four-year winning run, her presence in races often scared off rivals.

Saturday’s Queen Elizabeth (2000m) has attracted a field of 13, eight of them Group One winners along with two internationals, Japan’s Danon Premium and English raider Adeyybb, who have featured in their country’s best races.

None of them is in the class of Winx but their combined talent has Webster rating it as a superb edition of the Queen Elizabeth.

And the Randwick trainer should know.

In the midst of the coronavirus pandemic it is easy to overlook sporting achievements but Happy Clapper will reach an incredible milestone at Randwick.

He will line up in his fifth consecutive Queen Elizabeth having never finished further back than fifth.

“He’s had two thirds, a fourth and a fifth and after the fifth, he pulled up sore and one of his thirds, he should have run second,” Webster said.

“His form is alright in the Queen Elizabeth but is this the strongest one he’s run in? Winx is not in it, but it’s open.

“Looking at the field, it is up there with the best around the world. You’ve got the Japanese horse, Te Akau Shark, it’s a red-hot field.

“But he never lets us down.”

Age is catching up with Happy Clapper but such has been Webster’s management of the horse he remains competitive against the best despite rising 10 in August.

He won the Craven Plate over Saturday’s track and distance in the spring and has tuned up with a barrier trial victory since getting too far back in a leader-dominated edition of the George Ryder Stakes.

One of Sydney’s most popular horses, Happy Clapper is “in a good place” according to Webster, who will be watching the race from afar.

Like his horse, Webster is getting to be of a certain vintage and close to the age group the government has advised to stay home because they are most at risk from the coronavirus.

He will miss being track side for what is almost certainly Happy Clapper’s final appearance in a Queen Elizabeth and while the horse is double-figure odds to pull off a fairytale win, there is one thing Webster knows for sure.

“He is a warhorse. If you had to go to war you’d want to be on Clapper because he is big and strong and tough. He is a fighter.”