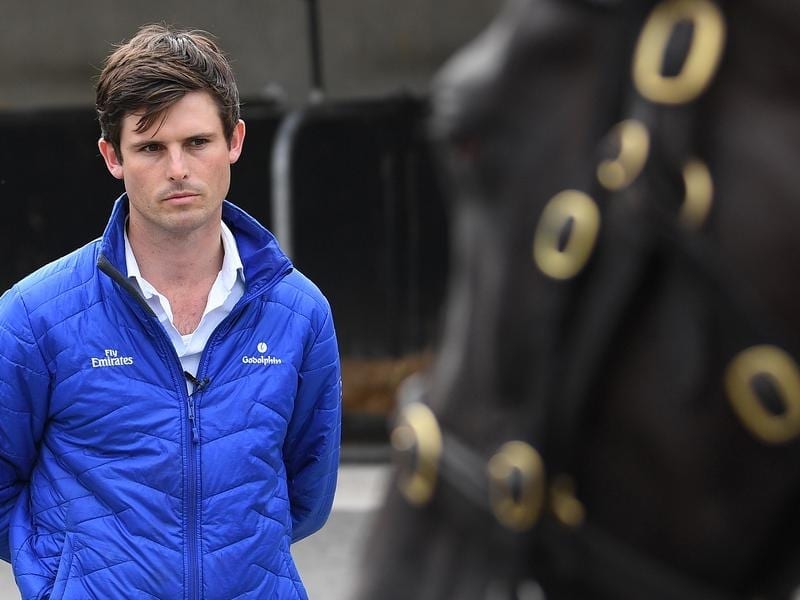 ‘I’ve got to be very careful to ensure that sentiment is left out of it,’ James Cummings says.

James Cummings is focused on becoming the first trainer to win an elusive Melbourne Cup for Dubai ruler Sheikh Mohammed, not on what it would mean for the grandson of the ‘Cups King’.

The late Bart Cummings, who trained a record 12 Melbourne Cup winners, used to say don’t let the sentiment get in the way of business.

His grandson is following that advice as he prepares Avilius for Tuesday’s Cup.

“I’ve got to be very careful to ensure that sentiment is left out of it,” he said.

But even his position as the head of the Australian arm of the world’s biggest racing operation cannot overshadow the emotion attached to the Cummings name when it comes to the Cup.

Avilius got his start by winning The Bart Cummings, the race named in honour of his legendary grandad.

“Win, lose or draw in the Melbourne Cup, for me I took a lot of sentimental value from the win, but it was also the horse’s biggest win of his career so far,” Cummings said on Monday.

“That Bart Cummings trophy is going to be pretty special with the 12 Melbourne Cups embossed on the sides.

“If we could get the big grand final, well that would just be quite unreal.”

Every trainer, owner and jockey dreams of winning the Melbourne Cup.

Cummings is no different.

“I think it’s the greatest race we’ve got in the country and for that reason I think winning that race would mean more than any other race,” he said.

If the bookies are right, Yucatan will add another Cup to retired Melbourne businessman Lloyd Williams’ already record haul of six and plug a hole in the CV of Aidan O’Brien, the man many people regard as the world’s best trainer.

Mr Williams thinks Yucatan will be hard to beat but needs luck coming from barrier 23.

Williams’ son Nick said the family went into Cup Day with a great deal of confidence about both Yucatan and The Cliffsofmoher.

“Going into a big race you need horses that are thriving and both our horses are.”

Irish trainer O’Brien, who had to settle for second in last year’s Cup behind his son Joseph, trains both Williams runners as well as Rostropovich.

He’s just as determined to accept the Cup in his G-string, despite the Victoria Racing Club saying it would be a shame if the enthusiastic owner had to miss the presentation due to a “wardrobe malfunction”.