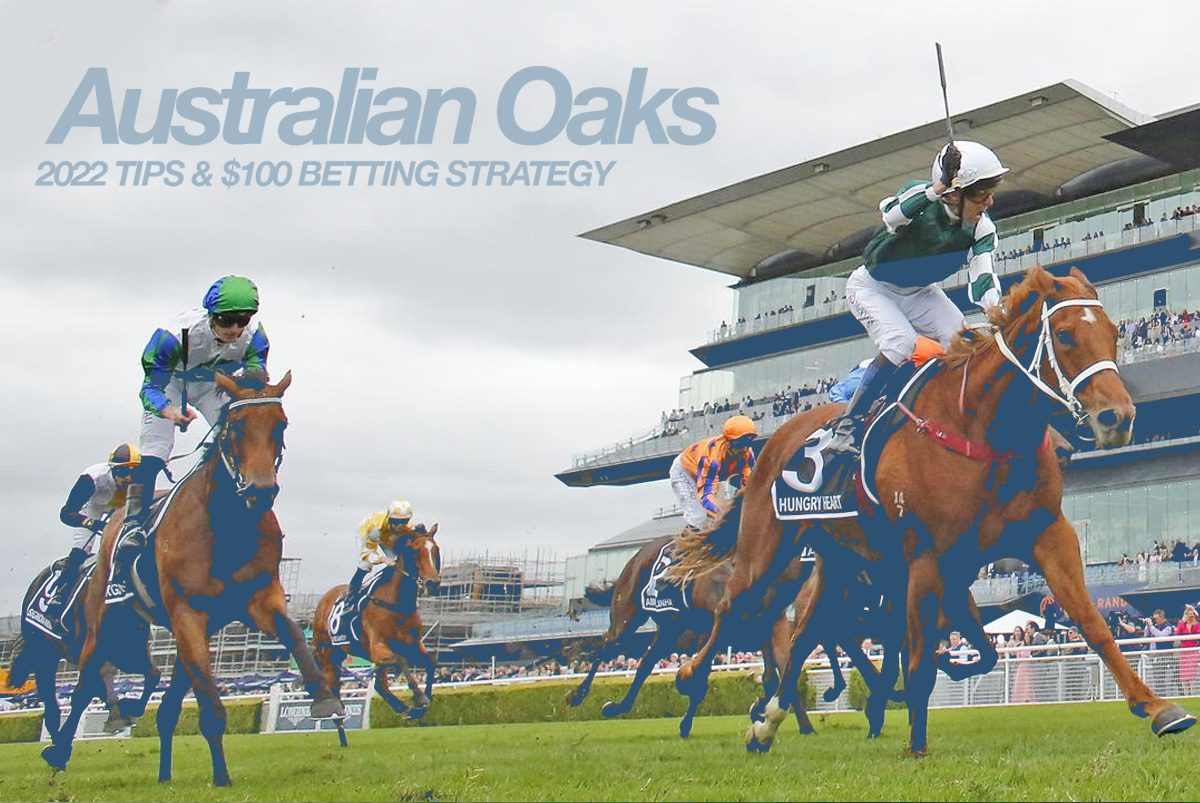 A capacity field of 18 three-year-old fillies are set to do battle in the Group 1 Australian Oaks (2400m) on Saturday at Royal Randwick for Day 2 of The Championships. Some of Australia and New Zealand’s best fillies have won this race in recent years, including the likes of Colette, Verry Elleegant, Bonneval, Streama and Sunday Joy.

Hinged is the sole Group 1 winner in the field and the only runner for Chris Waller, who is looking to make it four wins in the past five editions of the Oaks. Online bookmakers are struggling to separate these fillies, with Hinged ($4.20) the current favourite, just ahead of Gypsy Goddess ($4.40) and Honeycreeper ($4.40), while Pink Ivory ($6) is the only other runner in single figures.

We expect to see the bolter of the field, Chance Reward, make her own luck from in front like she did when winning at Canberra on March 30, while Hinged will be prominent, as too will Commando Drift and potentially El Patroness, who rode the speed in the Alister Clark Stakes (2040m) a fortnight ago at Moonee Valley.

Continue reading for HorseBetting’s top selections and $100 betting strategy for the 2022 Australian Oaks.

There are about 10 winning chances on Saturday, and while typically the Oaks winner is the best filly in the race, we are slightly cautious about those runners at the pointy end of the market given the likely Heavy 10 track and the 2400m. One (almost risk-free) play is having something each-way on the Kris Lees-trained Mauricently, who was a bit of a hidden gem in last weekend’s Adrian Knox Stakes. The filly by Maurice settled down last on the fence in the 2000m race and was disappointed for a run that eventual winner Honeycreeper took, forcing her to come wide and dodge tiring horses. Once Mauricently saw clear air, she accelerated nicely to finish sixth, albeit 7.5 lengths away from the winner. With all due respect to Robbie Dolan, one of Australia’s best jockeys in Craig Williams goes on board for the Group 1 on Saturday, while she has drawn barrier one instead of barrier 14, which will allow Williams to put her into the race early. She has the fitness, the staying prowess and the wet-track box ticked to give this race a huge shake at $61.

Honeycreeper comes off a similar profile to 2020 Australian Oaks winner Colette, who won the Adrian Knox Stakes seven days before claiming the Oaks. The James Cummings-trained daughter of Teofilo was dominant in a three-length win in the Adrian Knox, bursting up the inside under Hugh Bowman to win going away from her rivals. Honeycreeper, who failed when an odds-on favourite in the Tasmanian Oaks two starts ago, appeared to relish the heavy going last weekend, so that should be reciprocated in this Group 1 stoush. She will have to overcome barrier 15, so Bowman might have no option but to snag back once again, but the way that she went through her gears on Saturday and picked up late suggests that coming off the speed won’t be an issue for her. Of the top horses in the market, Honeycreeper is the one we want to be with.

The Danny O’Brien stable have been chipping away nicely of late with 10 winners from their past 50 starters (20%), and if El Patroness were to add to that record on Saturday, we would not be shocked. The filly by Shamus Award comes to Sydney from Victoria, where she has been racing well against the boys in her past two starts – finishing third in the Group 2 Autumn Classic (1800m) and then eighth in the Group 2 Alister Clark Stakes (2040m). She now gets back to racing against her own sex, which is going to be a big advantage. In the spring, El Patroness won at Listed level at Flemington over 1800m and then placed behind Gunstock in Group 3 company over 2000m, so we know she will be tough to beat in a race like the Oaks against the girls. She should get close to the run of the race from barrier two under Damien Lane and will see out the 2400m no worries – provided she gets through the heavy going, which she should. Don’t leave her out of your multiples.