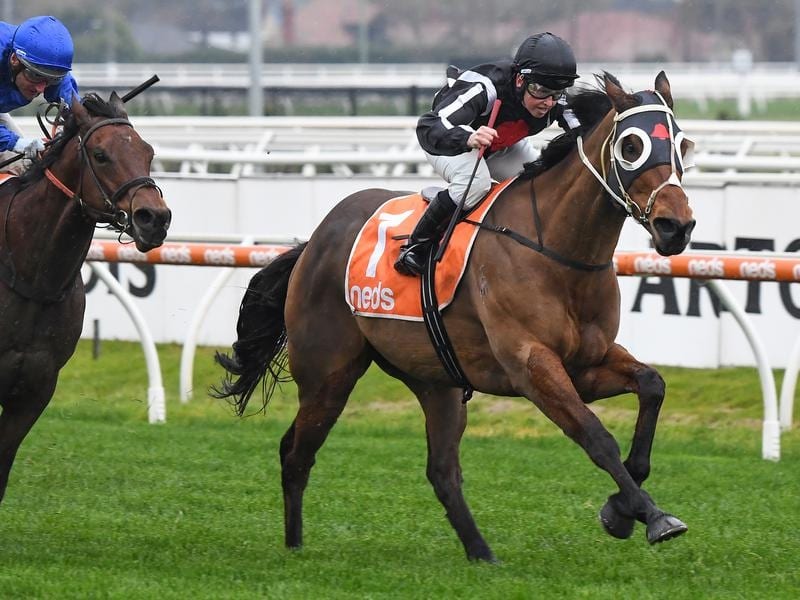 The 2021 Wangoom Handicap is one of the featured events on the second day of the Warrnambool May Racing Carnival on Wednesday. The 1200m race is a staple of the carnival, which makes it no surprise to see a capacity field of 16 accepted. HorseBetting.com.au brings you the top odds, best bets, and our $100 betting strategy for the Listed Wangoom Handicap, which is set to get underway at 3:20pm AEST.

Despite there being no rain forecasted on Wednesday, there is plenty expected on Monday and Tuesday. We expect the track to remain in the soft range throughout Day 2, which will bring Jungle Edge right into calculations for the Wangoom Handicap. The Dubawi 10-year-old has 10 wins from 40 starts on soft ground and has won at the ‘Bool on rain-affected going in the past. Having finished three lengths off the winner of this race back in 2019, Jungle Edge is back to stake his claim for the 2021 edition. We expect him to settle just off the hot speed Ancestry will set, and if his rival is vulnerable at any stage, expect the muddy marvel to be there to pounce.

Ancestry is set to make this a genuinely run affair, but he is yet to show he can run out a strong 1200m when pressured up in front. The Phillip Stokes-trained gelding was no good in the Bel Esprit Stakes at Caulfield on April 17 when fading to finish ninth. From barrier three he is expected to find the front with relative ease, but whether Jungle Edge settles to his outside or just off his heels will play a crucial role in how Ancestry’s race plays out.

If Ocular can gain a start as first emergency, he could be a threat based on his impressive first-up run at Cranbourne. The Written Tycoon gelding was a good thing beaten when struggling to find clear air in the home straight, and despite charging home late, he had too much to do. It is unlikely that he gains a start in the Wangoom, but if he does, he will take some holding out.