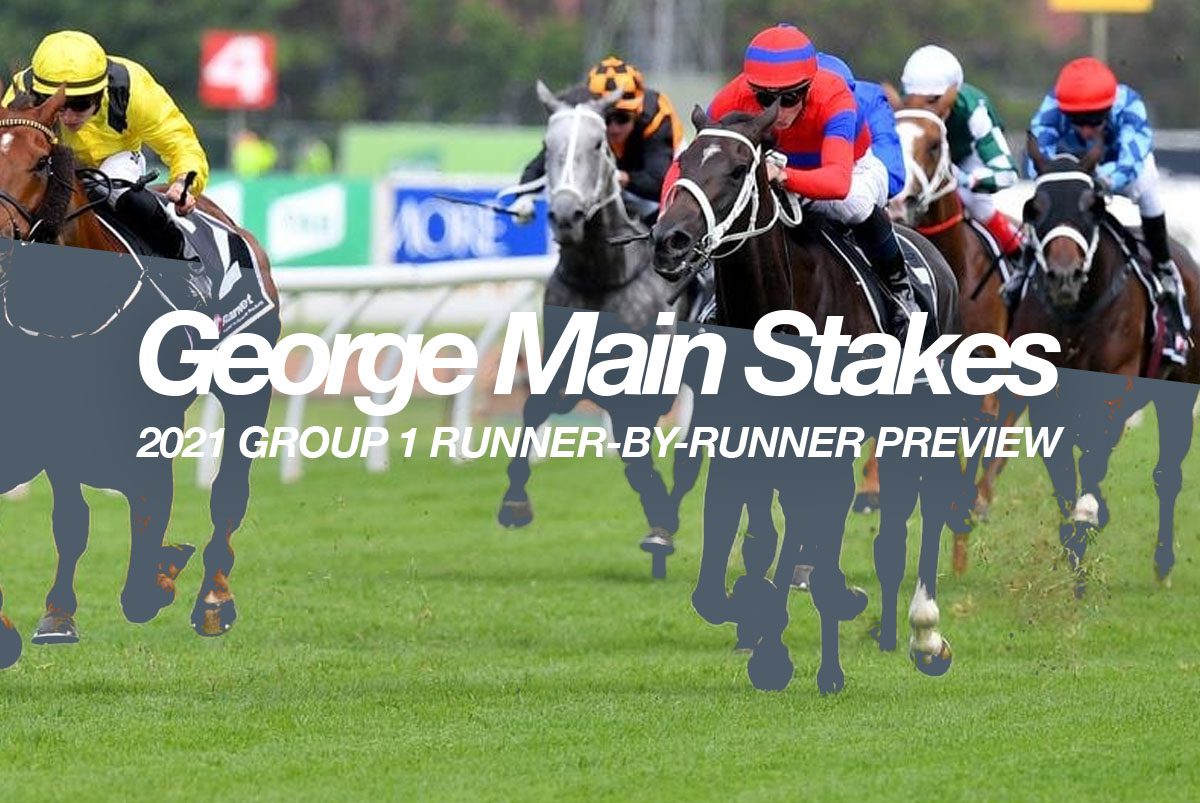 HorseBetting’s Nicholas Lloyd has previewed all nine runners in this Saturday’s Group 1 George Main Stakes at Royal Randwick and brings you his top picks and $100 betting strategy for Saturday’s $1 million feature. Three mares will take on the six geldings under weight-for-age conditions, with Kolding looking to make it back-to-back wins in the 1600m feature. Verry Elleegant will start as an even-money favourite in her bid for a ninth Group 1 victory, while Riodini and Star Of The Seas are the only two runners in the field chasing their first Group 1 win. Riodini looks to be the leader from barrier one, with Shout The Bar and Kolding also expected to be handy in the run. The George Main Stakes is set to jump at 3:15pm AEST.

Last year’s George Main Stakes winner has been a touch disappointing in his first two runs this campaign, finishing down the track in both the Group 2 Missile Stakes and Group 1 Winx Stakes, although he wasn’t beaten too far in either. Kolding tends to perform better third-up, but he does prefer racing on a dry track, so the Soft 7 won’t be too his liking. From barrier four, Tim Clark will have the six-year-old gelding in a decent enough position in the run to be competitive, but it is just a question of whether or not he has come back well enough to win his fourth Group 1 on Saturday.

Think It Over had a breakthrough autumn campaign, winning the Group 1 George Ryder Stakes before running fourth in the Queen Elizabeth Stakes, only 1.5 lengths behind superstars Addeybb and Verry Elleegant over 2000m. The son of So You Think resumed in good fashion in the Winx Stakes, where he was beaten just over half a length by Mo’unga, before chasing hard last time out in the Group 2 Chelmsford Stakes to beat Riodini in a photo finish at this track and distance. Nash Rawiller rode the six-year-old that day and retains the ride, which is a big plus, as is barrier six, which should see the pair settle towards midfield. The Soft 7 will be no issue for Think It Over as he looks to add another Group 1 victory to his resume.

The Doncaster Handicap winner always has to be considered any time he gets back to the same track and distance, and while Cascadian did get beaten in the Chelmsford Stakes a fortnight ago at the Randwick mile, he chased well from the back to finish fourth following a brilliant first-up run when fifth in the Winx Stakes. Hugh Bowman stays on board this seven-year-old gelding who will now be peaking third-up, the same as he was when he won the Doncaster back in April. While Cascadian will have to overcome barrier nine, he is a get-back, run-on type of horse, so the outside alley should not be too much of an issue as it will leave him with plenty of galloping room come the business end. The wetter, the better for this guy, so he is a leading chance.

Gee, when is it time to pull the pin on this horse? We have been sucked in to backing Star Of The Seas far too often for our own good of late, and while it is hard to say goodbye, we have to let him go. The Chris Waller-trained seven-year-old always runs a good race at big odds, as he did last start when third behind the Cox Plate favourite Zaaki. He gets a Soft 7, which will be right up his alley, and a genuinely run mile will suit, but we just cannot have him in contention again, especially at weight-for-age level. It is time to give up on the Group 1 maiden.

If you like Think It Over, you have to consider the Waterhouse & Bott-trained Riodini after he was only run down in the shadows of the winning post last time out at this track and distance. Drawn in barrier one, he maps to get the lead predominantly to himself, considering his stablemate Shout The Bar is the only other speed influence, so we can’t imagine connections wanting their two runners to take each other on out in front. Riodini comes into this fifth-up and will have a slight fitness edge on most of his rivals, and with his positive racing style, he will take some catching. An undefeated record on Soft tracks is also a big plus for this five-year-old son of Proisir.

One of the outsiders of the field is the John O’Shea-trained Lion’s Roar. The son of Contributer has won just the one Group 1 from four attempts and placed in two others, but the big factor here is that his win came at the Randwick 1600m. We gave the four-year-old a live chance against Zaaki first-up over 1400m in the Tramway Stakes and he was just too bad to be true, running ninth and finishing six lengths behind the winner, so a repeat of that performance sees him making up the numbers here at WFA level. The Epsom Handicap is this gelding’s target race, so connections will be hoping for sharp improvement second-up, but we cannot entertain him again.

The deeper Verry Elleegant gets into her preparation and the further in trip she gets, the harder it is for opponents to beat this eight-time Group 1 winner. Throw in a Soft 7 surface, and she is near unbeatable. That is the setup that this champion mare gets on Saturday after she was beaten by the smallest of margins by Mo’unga first-up in the Winx Stakes on a Good 4. Mo’unga franked that form by running second to Incentivise in the Group 1 Makybe Diva Stakes on Saturday at Flemington, which only adds to this Verry Elleegant’s winning credentials. McDonald is on fire at the minute, winning 18 of his last 50 rides at 36%. From barrier two, the daughter of Zed will get a beautiful run – sitting about fourth or fifth – and McDonald will bring her into the race at the right time. There will be no prizes for finding her on top, but we certainly will not be alone.

The second of the Waterhouse & Bott runners in this field is two-time Group 1 winner Shout The Bar. The five-year-old daughter of Not A Single Doubt took out the Vinery Stud Stakes in her three-year-old season when tough enough to lead all the way, and beating Probabeel that day has proved to be super form. The mare then got a dream run in the Empire Rose Stakes at Flemington on Derby Day in 2020 and was able to get the head down on the line to upset the well-backed Odeum and Forbidden Love. She is likely to box seat under Kathy O’Hara behind the stablemate Riodini, but we can’t see her in the finish after a fairly average return in the Tramway Stakes.

Rounding out the field is the fourth of Chris Waller’s runners and the sole four-year-old mare in the race, meaning she gets in on the minimum weight of 56.5kg under WFA conditions. Hungry Heart won back-to-back Group 1 races in the autumn, claiming the Vinery Stud Stakes and ATC Australian Oaks over 2000m and 2400m respectively, and those trips might explain why she didn’t make an impact over 1400m first-up this campaign. The daughter of Frankel will improve second-up and out to 1600m, but her wet-track form is not the best, having four starts on rain-affected going for only one runner-up performance. Kerrin McEvoy will do the steering from barrier seven and is likely to ride her quietly again and allow her to let down sharply late. We expect improvement, but not enough to upset Verry Elleegant.

We find ourselves taking the easy way out here in tipping even-money favourite Verry Elleegant. When arguably the best horse in the country comes up against an average bunch of milers on her favoured wet track, it is near impossible to go against her. Cascadian will improve on a wet track with a race that is likely to be run more to suit, while Think It Over and Riodini just need to repeat what they did last start in the Chelmsford Stakes to be competitive again.