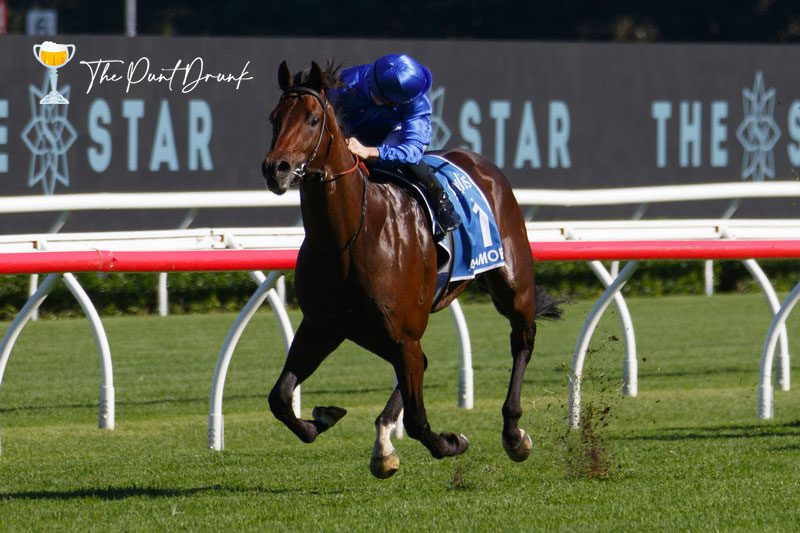 In this Friday’s edition of Punt Drunk, we look ahead to the highly anticipated return of Anamoe in Saturday’s Expressway Stakes, while two South Australian gallopers will take on the world in Dubai later on tonight. On top of that, we look back to when Racing Twitter’s most hated bloke made his social media return.

We all know he is a star, but when the Cox Plate runner-up returns in Saturday’s Group 2 Expressway Stakes at Rosehill Gardens, we don’t think it is a matter of if, but by how far. The three-year-old went into the Run to the Rose first-up last campaign following a setback and was underdone according to his trainer, James Cummings, but he picked up where he left off in the autumn to win stylishly. Since then, Anamoe has claimed another Group 1 when victorious in the Caulfield Guineas, before going on to run a narrow second in the Cox Plate. Now, we understand when owning racehorses you want to be winning races, so maybe lining up against the country’s best colt isn’t high on many people’s agenda, but the runners he is up against will be lucky to get within five lengths. How far?!

In tonight’s meeting at Dubai, South Australian trainer Will Clarken will saddle up two horses: He’s A Balter and Parsifal. Now, don’t get us wrong, we are all for cheering on Aussies abroad. Think Takeover Target, Black Caviar, Tim Cahill and the Socceroos, Ricky Ponting and the Test side at Lord’s – the entire country unites to don the green and gold and it is unreal. He’s A Balter and Parsifal, on the other hand… well, we never thought we’d see the day. Parsifal hasn’t won a race since October 2019, while his stablemate last won in September in an Open Handicap at Caulfield – not exactly the type of horses we expected to see take on the world. In saying that, we will be cheering them on loud and proud. Go well!

It's nearly go time 🤩@CJones151290 will saddle up @Clarken_Racing pair He's A Balter and Parsifal 𝙏𝙊𝙉𝙄𝙂𝙃𝙏 at @RacingDubai! Get the inside word straight from Caitlin in this edition of Dubai Diaries.

We're all behind you Caitlin 🇦🇺 pic.twitter.com/9ry7JOFUlU

After disappearing on the back of rorting punters on Racing Twitter, the most disliked bloke on social media has resurfaced during the week. The conman behind HorseRacingGlobal vanished after laying Coolangatta with some punters for as much as $6 in the Magic Millions 2YO Classic a fortnight ago, but he seemingly forgot all about that when he returned during the week, with a tip at Southwell in Europe. Having later apologised for his actions, the man behind the rort continued to try and take a light-hearted approach in regards to the events which took place, and boy, didn’t Racing Twitter lay into him. His account has once again been suspended. The gift that keeps on giving.