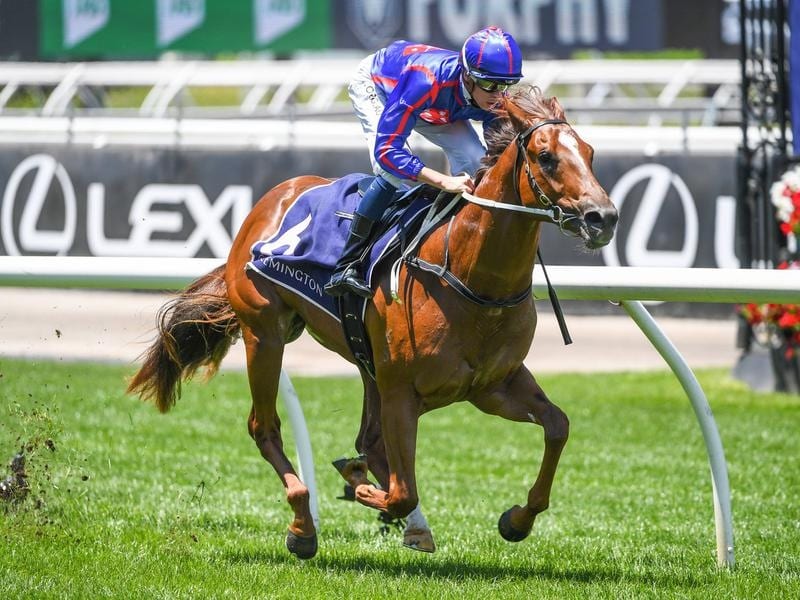 Mick Price & Michael Kent Jr will be hoping they can turn their fortunes around with the speedy Profiteer in the Listed Fireball Stakes (1100m) at Randwick on Saturday.

The son of Capitalist was part of a red-hot Group 1 Lightning Stakes (1000m) field last start when resuming from a break. Things didn’t go as connections would have hoped on that occasion, though.

The Cranbourne-trained colt caused havoc in the race after laying in sharply soon after the gates opened, impeding race-favourite Nature Strip and almost causing the Cliff Brown-trained The Inferno to fall.

“You can’t afford not to execute when up against the big boys.”

Despite this, Kent was confident his galloper had come through the race in good order.

Connections will be hoping a trip back to Randwick will produce a similar result to Profiteer’s only other start at this track over the 1100m journey. He was simply scintillating on that occasion, showing tremendous speed to take out the $2 million Inglis Millennium by 5.3 lengths at only his second start.

Although his impressive victory over this track and trip as a two-year-old came on slightly rain-effected ground (Soft 5), Saturday’s surface will be a different story, with the Randwick track currently rated a Heavy 10.

Nevertheless, Kent seemed confident his galloper would get through the heavy going well.

“I think he’ll glide through it. I think he has the right action for it,” he said.

Despite an attempt to teach the speedster to settle in preparation for the Lightning Stakes, the galloper’s trainers are happy to let him display his best asset this weekend.

“He’s a fast horse, and I think from that draw we’ll just let him glide along and don’t get too cute on him,” Kent said.

“Tommy will rate him well and I’m sure he’ll be out in front for a long way.”

Profiteer is rated a $4.80 chance on Sportsbet to take out the Listed Fireball Stakes on Saturday.