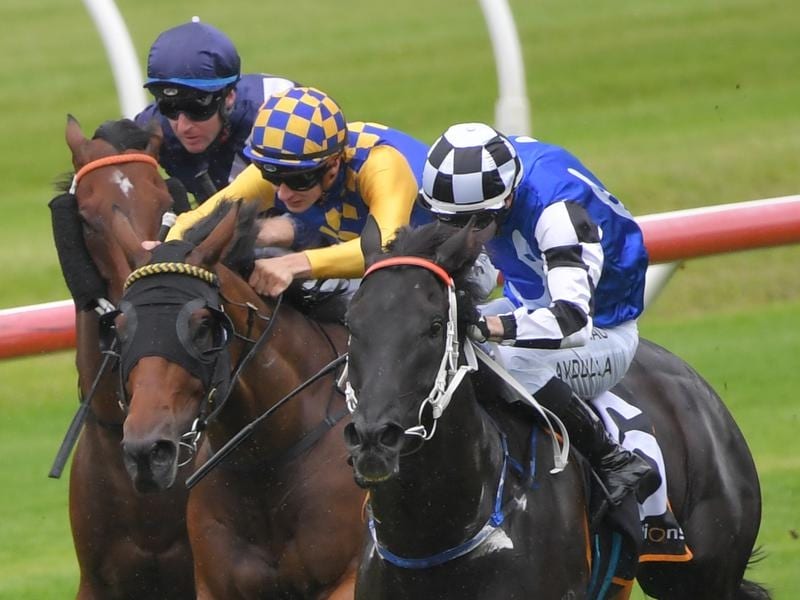 Newcastle trainer Kris Lees has won the past two editions of the Group 3 Newcastle Newmarket Handicap (1400m) and is well positioned to make it three on the trot with in-form gelding Special Reward and the consistent Wandabaa at Newcastle Racecourse this Friday.

Special Reward won the Group 3 event in 2020 when sent around as favourite. Gem Song won last year’s event second-up, storming down the outside to just nab Bottega on the line.

Top weight Special Reward ($6.50) is in terrific form this prep, with a nice third behind Think It Over and Colette in the Group 2 Apollo Stakes over 1400m last start. That race also featured Chipping Norton Stakes winner Verry Elleegant.

Experienced jockey Glynn Scofield keeps his affiliation going with Special Reward – who, on form, is the one they all have to beat.

The Apollo Stakes form reads well for this race, with Group 1-performed Riodini ($7) also coming out of that event.

Jockey Rachel King sticks with the Waterhouse & Bott-trained gelding after his disappointing 10th in the Apollo. Riodini will get a lovely run on the speed from barrier six and will look the winner at some stage.

Joint favourite Through The Cracks ($6.50) will enjoy getting back to the wide, long straight at Newcastle, the scene of his last victory on Hunter Day 15 months ago in a Benchmark 88 over 1300m.

The Angela Davies-trained gelding will be hoping for a hot tempo from the likes of Riodini, Nimalee ($10), Morrissey ($23), Ashman ($41) and Dajraan ($10) so her stable star can wind up and produce a powerful finish over the top of them.

Wandabaa ($10) is another that will appreciate a quick tempo – and if the predicted rain comes, she will thrive in the wet conditions. The consistent mare stormed home to finish second in The Hunter during the spring, and Lees will be hoping for a similar run in what should be favourable conditions.

The Hawkes-trained joint favourite Rock ($6.50) saves his best for Newcastle, winning back to back Cameron Handicaps in 2019 and 2020. First-up he was only fair in the Group 3 Southern Cross over 1200m. The gelding has a strong second-up record and does have class on his side, while Willie Pike hopping on suggests he’s here to win.

Aramayo ($8) also brings strong form lines to a race like this, finishing second to Private Eye in the Group 1 Epsom Handicap and second to Zaaki in the Group 2 Tramway Stakes over the spring.

The Chris Waller-trained gelding is first-up, and with the predicted rain around he might just need this run.

John Thompson’s Chat ($12) is another one that will appreciate the tempo and the wide long straight, but an ordinary second-up record along with unfavorable weather conditions might just lessen his chances.