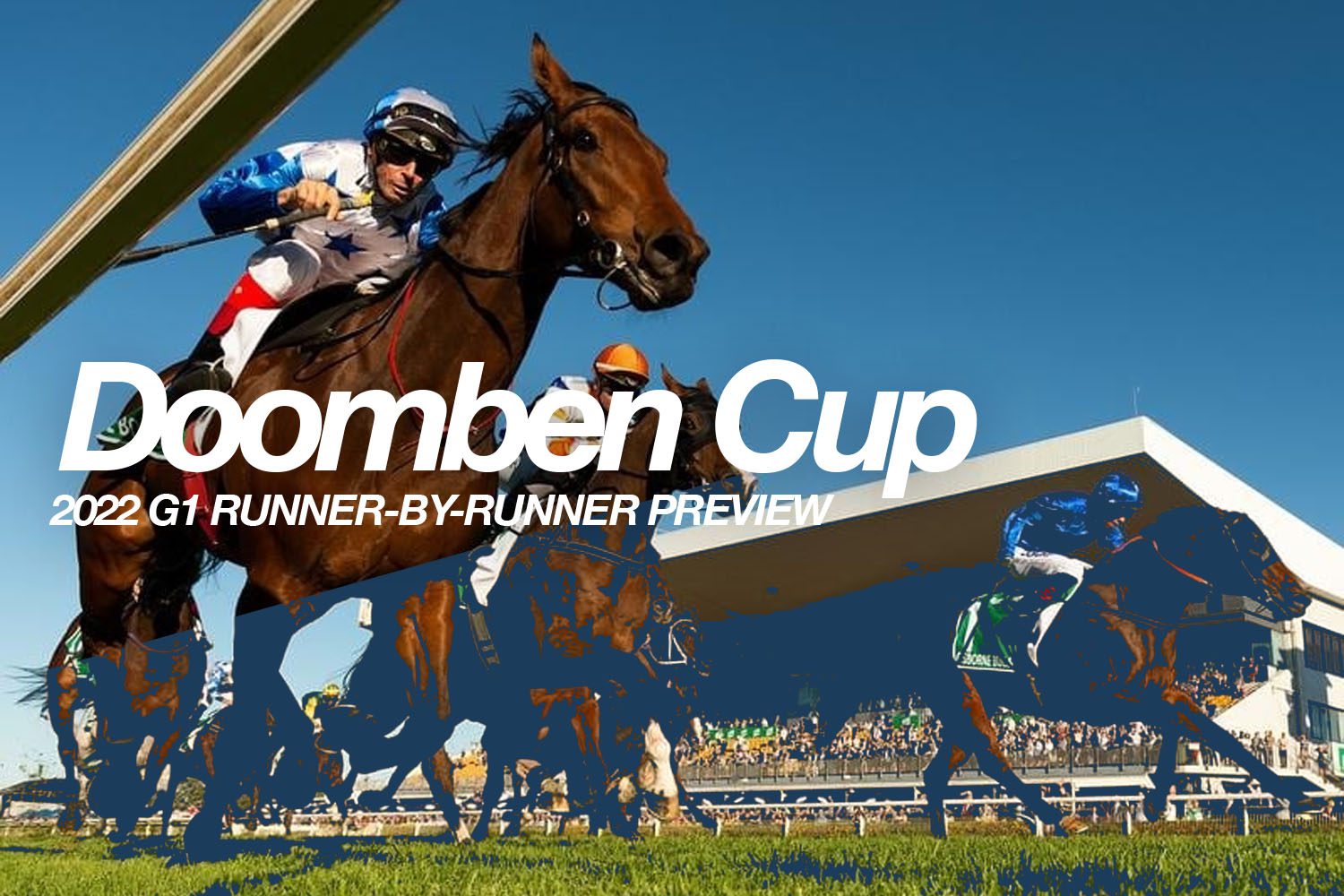 There will be Group 1 racing aplenty at Eagle Farm this Saturday, with the transferred Doomben Cup set to join the Queensland Derby and Kingsford Smith Cup on a bumper 10-race program. The field for the Doomben Cup looks close to identical to what we expected to see seven days ago, with just a slight change. Chris Waller has opted to not accept with Kolding, but instead his other horse Yonkers will join the 10-horse field, coming off a last-start victory at this track and distance. Due to the venue change, the Doomben Cup will be run over 2100m instead of 2000m, which is likely to play into the race favourite’s hands.

From a market perspective, there has been little change, with Zaaki still a rock-solid a $1.50 favourite with online bookmakers in the final-field markets, while Polly Grey ($8) is considered the only danger to the defending champion. Joining Polly Grey and Yonkers ($26) from the Waller stable is the fancied Kukeracha ($15) and Great House ($26). New Zealand gallopers Coventina Bay ($18) and The Chosen One ($26) have had their odds change slightly, while Sydney-based imports Huetor ($10), Maximal ($21) and Esti Feny ($101) make up the rest of the field.

Zaaki should be able to control the tempo under James McDonald after coming up with the outside barrier this time around; however, the addition of Yonkers to the field could see some more pace injected into the race, while Polly Grey and Coventina Bay can use their gates to be in a forward position. Kukeracha, Great House and Huetor are likely to settle down midfield, with The Chosen One and Maximal expected to be in the back half of the field.

Continue reading for HorseBetting’s runner-by-runner preview and $100 betting strategy for the Doomben Cup.

The barrier gods weren’t all that kind to Zaaki, nor to the punters who took a slice of the all-in market, with the reigning champion going from barrier three to barrier 10. Despite that, we think he still wins. Since his first Australian win in the 2021 Hollindale Stakes, Zaaki hasn’t been out of the placings in 11 starts, proving himself to be one of Australia’s best middle-distance horses. The Annabel Neasham-trained seven-year-old broke their hearts in this race last year, winning the 2000m event by seven lengths, before going on to win the Q22 at Eagle Farm over 2200m, so the 2100m of this year’s Doomben Cup should not be a problem. Earlier in the year, the son of Leroidesanimaux won the All Star Mile, before going down narrowly in the Queen Elizabeth Stakes. He’s too good for this bunch, surely.

The Chosen One rarely does anything wrong, finishing in the placings in close to 50% of his career starts, while he’s not been far away in the Melbourne Cup. Most recently, the son of Savabeel beat just the one runner home in the Sydney Cup over two miles, with the unsuitable Heavy 10 track to blame. He’s one horse who will be more appreciative of the drier surface at Eagle Farm, while the 2100m is also an advantage.

On this day last year, Kukeracha was too good for his rivals in the Queensland Derby over 2200m, so he is definitely one of the leading chances to knock off Zaaki – should such a travesty happen. The first of Waller’s army was a good winner at Doomben on April 23 over 1640m, before placing third behind Zaaki and Polly Grey in the Hollindale Stakes on May 7 at the Gold Coast over 1800m. Now third-up and out to 2100m, the son of Night Of Thunder looks to be more than competitive at a track he loves (4:2-0-1), while the guidance of James Orman – Queensland’s form jockey – is only a plus.

As they say, one man’s trash is another man’s treasure, and that is certainly the case here for Hugh Bowman. Had this race been run last weekend, he wouldn’t have had a ride, with Jim Byrne set to steer Kolding. Now, Bowman gets the ride on Yonkers, while Byrne will be watching from the jockeys’ room. Yonkers has to be half a hope in this Group 1, coming off a tough win on Doomben 10,000 Day at Eagle Farm over 2143m on a Soft 6 in the Group 3 Chairman’s Handicap. This is different gravy, but he does come into the race off a win, which is more than we can say about eight horses in this field.

Great House is another from the Waller yard who should be competitive. The five-year-old was good when second to Numerian in the Gosford Cup (2080m) on May 7 on a Soft 7. No doubt this is tougher with a horse like Zaaki in the field, but he does have some supreme staying ability, so we expect him to be strong at the business end. He can play a role, especially given the track and distance change; we just can’t see him winning under weight-for-age conditions.

Huetor impressed anybody who saw his first few Australian starts, winning three straight races before going for a well-earned spell. The French import ran a solid third to Our Playboy at Randwick first-up over 1400m, before hitting the line well enough to run fourth, albeit 3.8 lengths away, in the Hollindale Stakes last time out. If he has improved on that effort, he is a player for sure.

After coming out to Australia with a pretty big boom around his name, Maximal is yet to impress. The former English horse has only won the one race, so he simply might not be up to this class. One thing this horse will appreciate is the drier surface, given his wet-track form is nothing less than hopeless. He looks better suited to 1600m in a handicap, rather than this 2100m weight-for-age event.

Seven-year-old gelding Esti Feny is hard to have based on his four Australian starts. Despite looking like a nice type a few starts ago in the Group 3 Easter Cup at Caulfield over 2000m, he would need to improve drastically to measure up in this race based on that form. Maybe in something weaker.

Polly Grey has been considered the main danger to Zaaki all along, but we think her only chance of actually being competitive would have been if the track was bottomless – which it won’t be at Eagle Farm. The market suggests she is the main threat after running less than a length behind Zaaki in the Hollindale, but the extra 300m, drier surface and bigger track simply can’t play into her hands. The eye-catching grey mare couldn’t have been more impressive two starts ago when beating Numerian by over five lengths, while her form prior was also very solid. Still, it is hard to see her matching Zaaki.

Rounding out the field on Saturday is New Zealand mare Coventina Bay. The six-year-old daughter of Shamexpress was too good for her rivals earlier in the year, saluting in consecutive Group 1 races over 2000m in her home country during February and March, before stepping back to 1600m and running second in another Group 1. She wasn’t all that far away in the Hollindale Stakes last time out, but considering that is the key lead-up race, she needs to go to another level to get near Zaaki. Her best is good enough for a place.