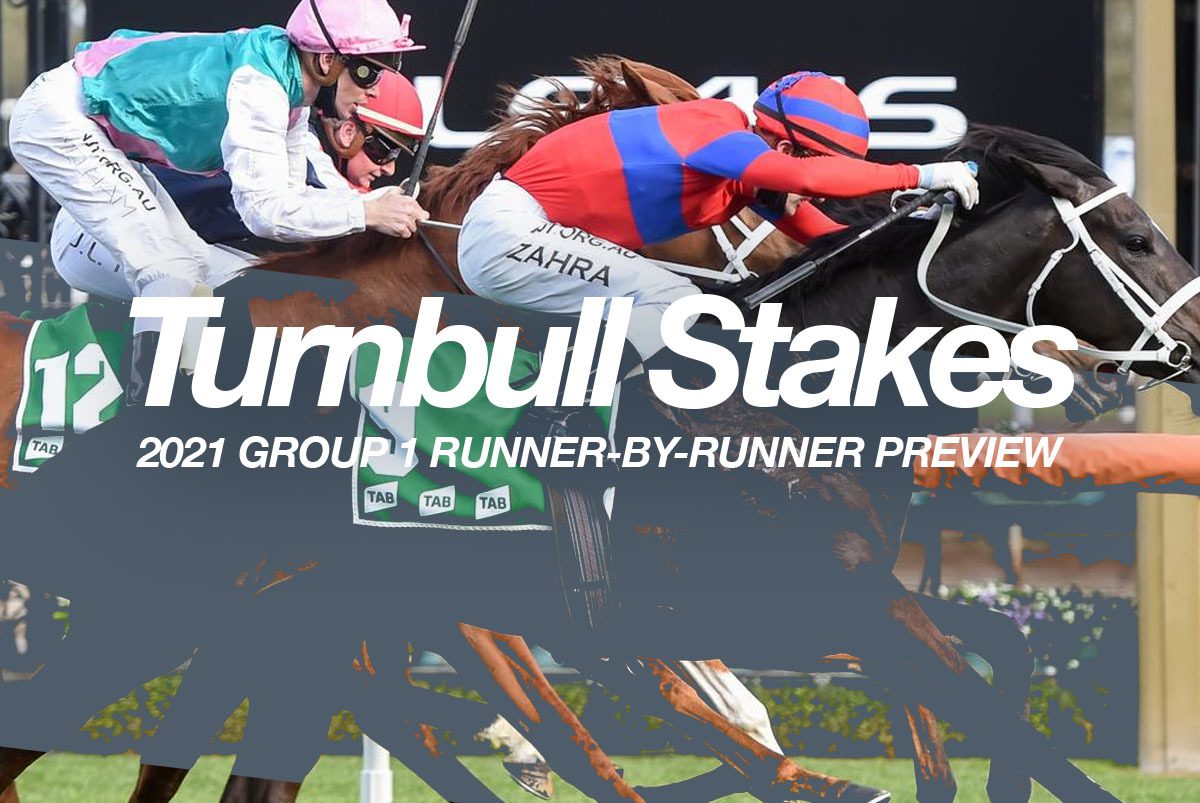 The Group 1 Turnbull Stakes is the feature event on the nine-race card at Flemington on Saturday, and HorseBetting’s Victorian form analyst presents his runner-by-runner preview, top selections and betting strategy for the $1,000,000 feature. Verry Elleegant is a $2.50 favourite to defend her title in the 2000m race at set weights and penalties, whilst Makybe Diva Stakes winner Incentivise is a $2.80 second-elect with online bookmakers.

Having returned in fine fashion in the Makybe Diva Stakes, the 2020 Cox Plate winner Sir Dragonet looks to be a genuine chance in the Turnbull Stakes. With plenty of rain forecast up until race day, the five-year-old from the Ciaron Maher & David Eustace yard is clearly set to appreciate the sting out of the ground. Having settled worse than midfield when first-up, the son of Camelot was the eye-catching run when finishing third, beaten under a half-length. From barrier 10, Ben Allen will need to take him to the rear of the field, and with conditions expected to suit him on Saturday, he could be the one to have the last look at the likes of Verry Elleegant and Incentivise.

The ATC Derby winner Explosive Jack is going to need to produce one hell of a form reversal if he is to be competitive in the Turnbull Stakes. He is another who is coming through the Makybe Diva Stakes, where he was beaten five lengths in an underwhelming display. He has two Group 1 wins to his name already, but they have been against horses his own age. That’s the level we see him at for the time being, so we can’t have him on Saturday.

Our top selection is the Makybe Diva Stakes winner Incentivise, who continually rises to the occasion whenever questioned. He took out his maiden Group 1 when leading all the way under a well-rated steer from Brett Prebble, and the rise to 2000m second-up from a spell looks ideal. The Melbourne Cup favourite will most likely roll forward from barrier six and settle up on speed once again. Despite the legend that is Verry Elleegant in this field, this is no harder than what he beat last time out at a distance where he was expected to be vulnerable late on at Group 1 level. He is pushing for seven wins in a row, and despite giving 0.5kg to Verry Elleegant, we expect Incentivise to continue on his winning ways here.

Verry Elleegant is back to defend her Turnbull Stakes title following a breathtaking win in the George Main Stakes on September 18. She gave tearaway Riodini a 5.5-length head start going into the home straight, but under a perfect steer from James McDonald, her class prevailed over the final 100m. She is another runner who will no doubt appreciate the sting out of the ground, and if she brings her best here on Saturday, she will prove hard to hold out. The query is where she gets in the run, because she cannot be giving a horse like Incentivise a five-length start as she did at Randwick last time out. However, the in-form Damian Lane hops on board for the first time, and if she is anywhere near her best, Verry Elleegant will certainly be fighting out the finish.

Much the same as Explosive Jack, the Denis Pagan-trained Johnny Get Angry has struggled this campaign when competing against older horses at shorter distances. He steps up to 2000m, which is much more to his liking as he showed when winning the VRC Derby last spring. The $101 on offer looks to be overs, but we do not expect to see him causing many issues for the fancied runners on Saturday.

He hasn’t won in close to 12 months and Chapada simply looks to be outclassed here. The $91 on offer looks to be unders considering he was beaten six lengths in the Group 3 Naturalism Stakes when settling back and hardly making up much ground. Not in this.

Persan was the horse on the rise throughout last year’s Spring Carnival, and on the back of a four-month spell, he returned in encouraging fashion over 1700m at Flemington on September 11. The step up to 2000m looks ideal, and despite still being a maiden at Group 1 level from three starts, he looks to be one of the better roughies going around in the Turnbull. He absolutely eats up the Flemington 2000m, having won both of his starts at the track and distance, and from barrier one draws to be close to the speed throughout. With just 55.5kg on his back and Luke Currie sticking on board, we think Persan will be the only one at double-figure odds to give the favoured runners a fright.

If the rain arrives, the Colette is a genuine chance in the Turnbull and will shorten sharply from the $8 currently on offer. She has five wins and a minor placing from seven runs on rain-affected going and is three from three on Heavy ground. She is one of few horses who have a win over Verry Elleegant to her name on wet ground, which she managed when taking out the Apollo Stakes earlier this year. She is yet to run a drum in two previous starts the ‘Melbourne way’, and that is the only question mark on her chances. If she can handle Flemington, as she did when fifth in the Makybe Diva Stakes, Colette is certainly a trifecta hope.

Having settled on the leader’s back in the Makybe Diva Stakes last time out, the Hawkes-trained Mount Popa battled fairly and didn’t offer much in the home straight when beaten 4.3 lengths. Despite the form he showed during the autumn, he is one we are finding hard to entertain here in the Turnbull.

Young Werther is yet to claim another victory since his debut win at Geelong in September 2020 and looks to be outclassed here. He comes through the same race as Persan and was beaten two lengths by the in-form Floating Artist, who has subsequently come out and won again. The booking of the in-form Daniel Moor is a positive, but other than that, he is hard to have.

The 2021 Turnbull Stakes looks set to be a genuine match race between Verry Elleegant and Incentivise, with Colette and Sir Dragonet the only dangers. We have settled on the Peter Moody-trained Incentivise, who looks perfectly placed to continue on his winning ways following a smart win in the Makybe Diva Stakes. We expect Brett Prebble to roll forward on him once again, and if he brings his best, he should prove too hard to run down en route to the Melbourne Cup.