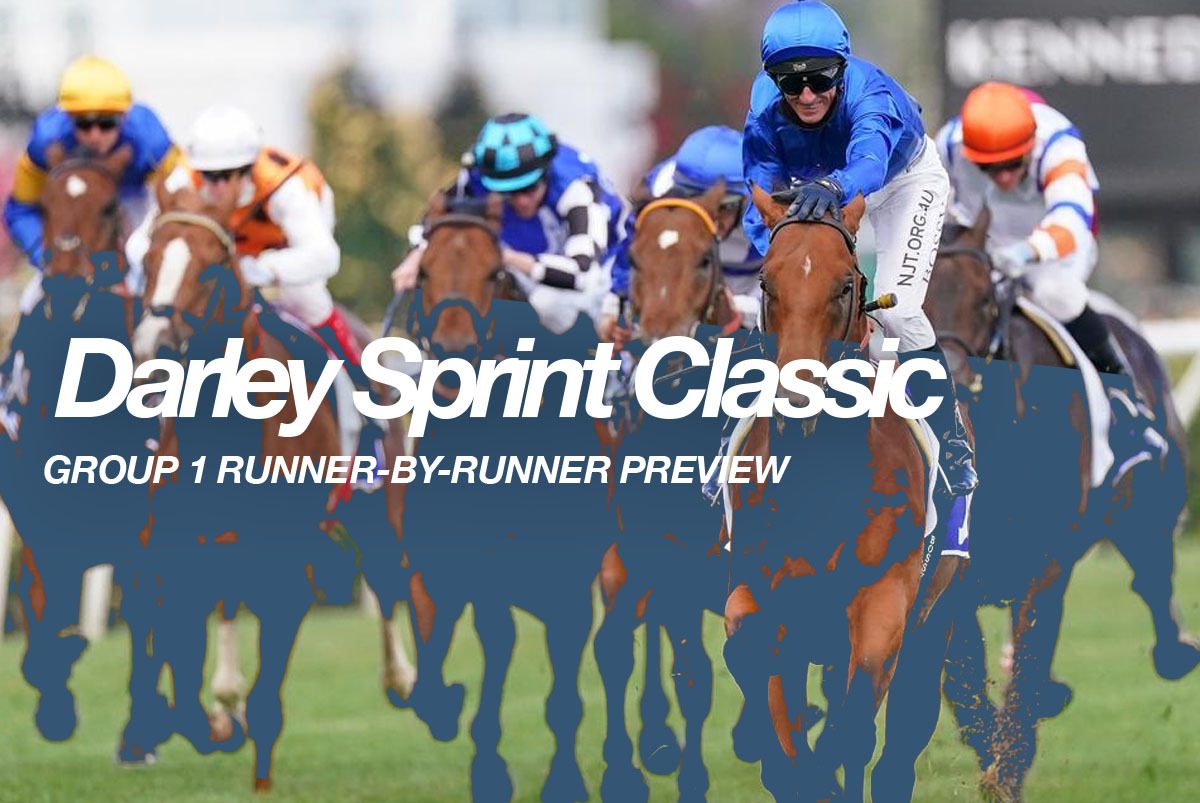 The Group 1 Darley Sprint Classic is one of the biggest races in the Melbourne Spring Carnival and is set to be run at Flemington on Saturday afternoon. HorseBetting’s Victorian form analyst presents his runner-by-runner preview, top selections and betting strategy for the $2,000,000 race at weight-for-age level.

Nature Strip, the sprinting marvel is back at the Flemington 1200m and ready to claim his second Darley Sprint Classic in three years and is a $1.35 chance to do so. He was a gritty winner in The Everest on October 16 and this looks to be a much easier assignment than what that was. He is clearly the best sprinter in the country and some of these struggle to perform at Group 2 level let alone at Group 1 level and against a sprinter that has the quality of Nature Strip. We hate using the “M” word but for us, Nature Strip is a Moral.

Streets Of Avalon was an eye-catching runner in the Manikato Stakes at his last start when flashing home behind Jonker. However, he gets back to Flemington a track he has one win at from 12 attempts and is much better at 1400m rather than 1200m against one of the best sprinters in the world.

Splintex was a smart winner in the Group 2 Bobbie Lewis Quality two starts back on September 11 and then came out and ran fourth in a high rating Gilgai Stakes. He has shown this campaign that he has an admiration for the Flemington straight and having chased home subsequent Group 1 winner Private Eye and The Invitation winner Icebath this campaign, he should be finishing in the top three here considering the type of class he has been running in.

The Chris & Michael Gangemi-trained Samizdat looks to be severely out of his depth here having struggled to find his feet in Melbourne this spring.

If you are brave enough to give September Run another go, we do not blame you. She absolutely oozes class, but she has simply not been anywhere near her best so far this campaign. She was well beaten in the Begonia Belle Stakes on October 30 and on the quick backup will be needing a sharp form reversal. The Exceed And Excel mare ran second to Nature Strip in the Lightning Stakes earlier in the year and if she recapture that type of her form down her preferred Flemington straight, anything is possible.

Bella Nipotina is as honest as they day is young and coming off a narrow defeat in the Manikato Stakes looks to be the clear and obvious danger to Nature Strip on current form. She was held up until the final 150m on that night but flew home to be a good thing beaten. If Nature Strip was not in this, she’d be the one to beat but unfortunately she just does not have the class to beat him here. If you are looking for value in the race, exacta Bella Nipotina to run second to Nature Strip.

Swats That from the Leon & Troy Corstens yard has always promised plenty, but this campaign she has simply not put it all together yet. She has form behind Nature Strip and September Run earlier in the year, but she looks to be a shadow of the horse she once was.

Shaquero is another one the quick backup have been blocked for a run a majority of the final 400m in the Coolmore Stud Stakes. His stablemate Nature Strip looks to have plenty on him and with rain around, it is hard to see how Shaquero matches the motor that the likes of Nature Strip or even Bella Nipotina possesses.

Ranch Hand is a $13 chance in this year’s Darley Sprint Classic, and on current form it is hard to justify the short quote. He has not been at his best since beating Ingratiating two starts back in the Listed Poseidon Stakes and having been well-beaten by Home Affairs in the Coolmore Stud Stakes, who was well beaten by Nature Strip the start prior, he looks up against it here.

Let fast horses be fast horses – that will undoubtedly be the motto for James McDonald aboard Nature Strip on Saturday. He is The Everest champion, arguably the best sprinter in the world and meets a Group 1 field which do not look to be anywhere near the standard that he holds. He is the moral of the year.