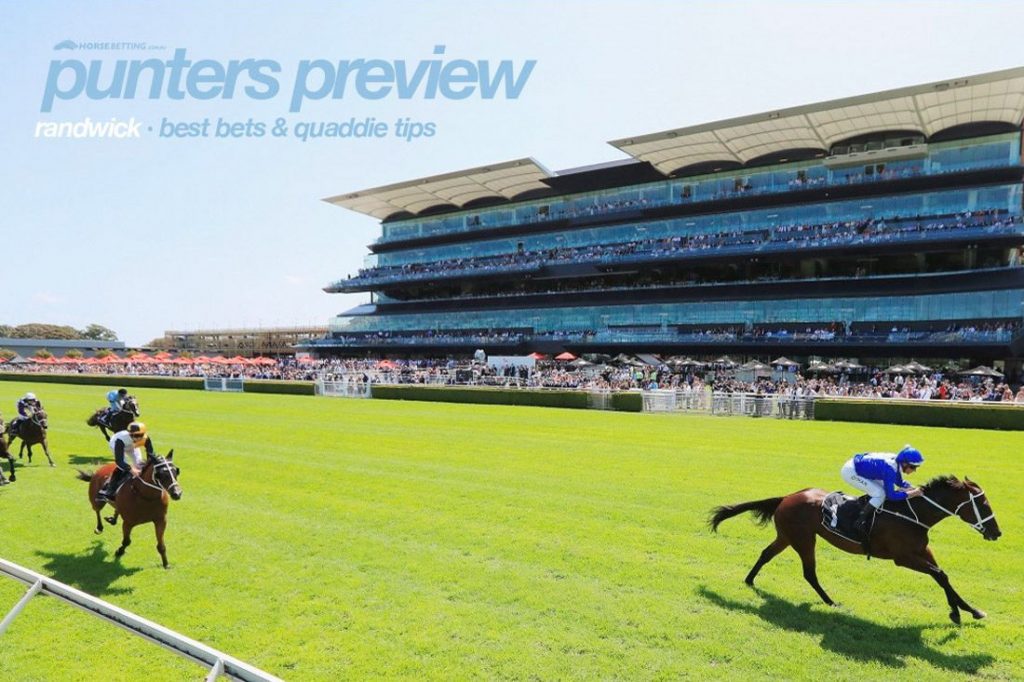 Listed racing heads to Royal Randwick this weekend for Civic Stakes Day. HorseBetting’s New South Wales racing analyst brings you his best bet in the feature race, as well as his top tips and quaddie numbers for the meeting. The track is rated a Soft 6 and the rail is out 6m for the entire course, which is likely to once again favour horses that are handy to the speed. The first of 10 races is set to jump at 11am AEST.

Joseph Pride and Sam Clipperton team up in the feature race with five-year-old mare Mariamia. The daughter of Toronado has had 31 starts, but only in 2022 has she really been a name worth knowing after a terrific third at Caulfield behind Probabeel and Flying Mascot in February. Since then, she has joined Pride’s yard in Sydney and has been very competitive in nice races, winning a Benchmark 78 at Rosehill in late May and then running fourth at Eagle Farm in the Group 2 Dane Ripper Stakes. She does have to take on the boys on Saturday, but she gets in on the minimum weight, has drawn the inside alley and will be able to control the race to suit herself. Catch her if you can.

If there was a market where you could back horses to win a Group 1 at some stage in their career, Po Kare Kare would be the first horse we back. The three-year-old filly has a win at the top level at the tip of her fingers in our opinion, so this Saturday metropolitan race looks the perfect place for her to prove that, even though it is just a 3YO Benchmark 72. The Bryce Heys-trained daughter of Savabeel could not have won with any more authority if she tried at Gosford on June 9, looping the field under a big weight to win by over two lengths without even being touched by the whip. That was over 1200m and this is now 1300m which she should absolutely love. We are right in her camp.

Next Best at Royal Randwick – Sinba

Gerald Ryan & Sterling Alexiou have a very nice three-year-old on their hands with Sinba, as we saw when he won well at Doomben last start. The son of Xtravagant contested both the Randwick and Rosehill Guineas earlier in the year, and while he wasn’t competitive against our best three-year-olds, he had plenty on his rivals in Benchmark 78 company last start albeit in a midweek race in Brisbane. While he does stay in Benchmark 78 company, he has to carry an extra 5kg on Saturday with 58kg on his back, but he looks to get the right run from barrier 11 under Kerrin McEvoy which will see him give this race a serious shake. There’s no reason why he can’t win again.