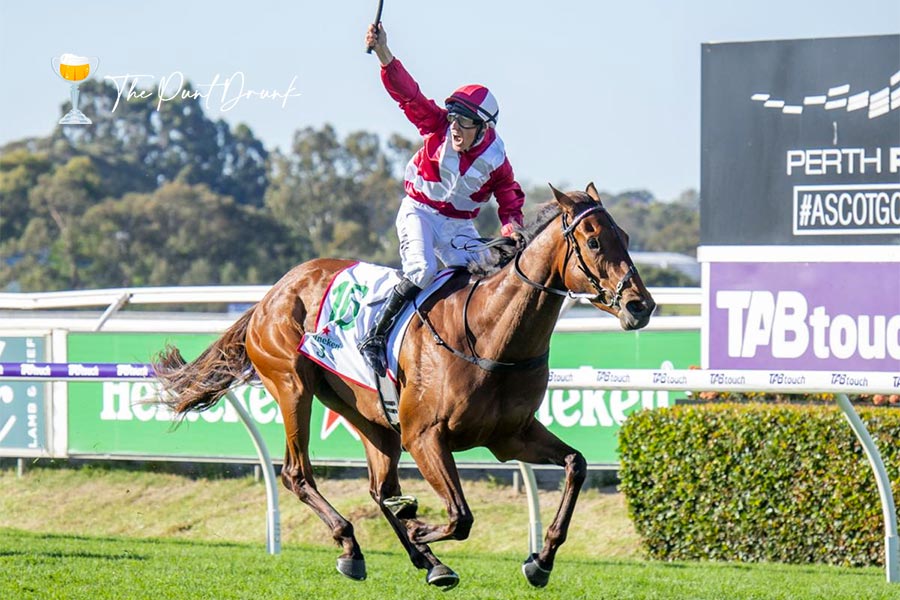 Group 1 racing returned on Saturday as the ‘Wizard of the West’ put on an old-fashioned masterclass in Perth, Hong Kong’s Winx returned to the track on Sunday afternoon, while we also said goodbye to a champion. It was a massive weekend of racing around the globe, and the Punt Drunk team have got you covered on the quirkier things you might have missed.

It’s William’s world and we are just living in it. Willie ‘The Wizard’ Pike put on an absolute clinic at Ascot on Saturday afternoon, riding five winners across the program, including the two feature races. Pikey kicked the afternoon off in fine style, booting home short-priced favourite Pure Devotion in the first, and then won on Expressionist and Proconsent in the third and fourth races to start Railway Stakes Day unbeaten after three rides. He then won the Group 2 WA Guineas on the well-supported Treasured Star before making it four-straight Railway Stakes wins on the odds-on favourite, Western Empire. After riding the first two winning legs of the quaddie, punters around the country were hopeful that the cult figure could salute in races nine and 10 on the favourites to make it seven winners for the day; however, Bright Diamond could only manage fifth in the penultimate, while ‘Pikey in the last’ looked a shoo-in on the heavily backed God Has Chosen, only for a $41 chance in La Farola to spoil the party. Regardless of not being able to ride the quaddie or win the last, Pike has dead-set pulled the other jockeys’ pants down on Ascot’s day of days.

How GOOD was that pic.twitter.com/do8AD5uqAv

We are no strangers to big winning streaks in Australia – Winx, Black Caviar and Incentivise all come to mind – but just a couple of years after Beauty Generation’s dominance in Hong Kong ended, Honkers has unearthed another superstar. Golden Sixty returned to the races on Sunday afternoon in the Group 2 Jockey Club Mile as a $1.15 favourite, and while the race wasn’t run to suit the six-year-old, he made light work of his rivals in the end to continue his winning streak. The son of Medaglia D’Oro has now won 18 of his 19 starts, 15 of which have been consecutive victories dating all the way back to September 2019. As race caller Mark McNamara put it, he was a Ferrari against 10 Hong Kong taxi cabs. Some call. Some win. Some horse. Let’s hope he can continue the streak and head to our shores for a tilt at the All-Star Mile or Cox Plate in 2022.

Just a lazy 15 wins in succession for Golden Sixty. A class above.
pic.twitter.com/sDXsXFsHkW

The racing world woke up to the sad news on Sunday morning that 31-year-old Mahogany had passed away the day before. The eight-time Group 1 winner won at the highest level from 1000m to 2500m, proving his incredible versatility in what was an era of champions during the mid-1990s. Lloyd Williams labelled his former champion as “a dream” and described him as one of the best horses he has ever owned. Mahogany won his first five starts at Group 1 level, claimed victories at the top level aged two, three, four and six years old, and also won Group 1 races in all three eastern states. Vale to one of Australia’s greatest racehorses.

Very few horses could do what Mahogany did. ❤️ pic.twitter.com/KonZEu8naY