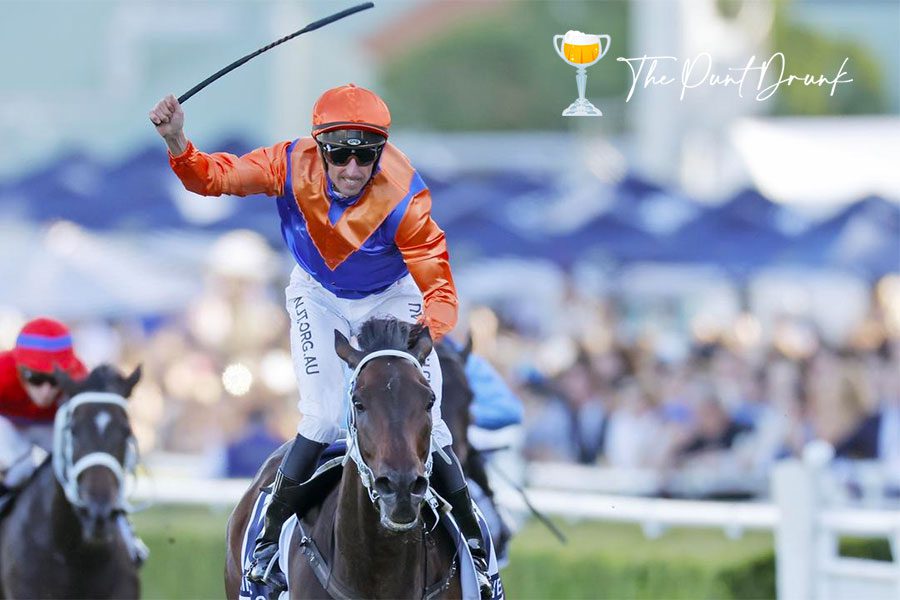 A few pretty handy results were thrown up on Saturday with Think It Over winning an incredible Queen Elizabeth Stakes, Damien Oliver surpassing George Moore’s Group 1 record, and Rachel King becoming the first female jockey to win the Sydney Cup. The Punt Drunk team recap these great on-track results and tip our hats to the champions of the game.

Saturday’s Queen Elizabeth Stakes had plenty of airtime – as it deserved – and thankfully for us in the media, it did not disappoint. Although the rough result hurt a few punters as Think It Over lobbed at $41, racing fans were rewarded by the sheer quality of jockey Nash Rawiller, who bought the six-year-old gelding to the outside running rail. It was the first time any horse had been out there all day, with Sydney racecaller Darren Flindell summarising the tactics perfectly: “Think It Over coming to the stands rail – this is interesting!” Cracking race, cracking ride.

I see it but I don't believe it.

Nash Rawiller's ride on Think It Over was top drawer! pic.twitter.com/D4cqa4TwZK

Damien Oliver stamped himself as the greatest jockey in Australian history when it comes to riding winners at the highest level. Now a 127-time Group 1 winner thanks to Nimalee’s strong win in the Queen of the Turf Stakes, the soon-to-be-50-year-old hoop doesn’t have any plans to hang up the boots yet. Oliver broke George Moore’s record that had stood for 51 years, which is a huge effort in itself, while he also gave trainer Matthew Smith his first Group 1 in Sydney as well as stallion So You Think his third Group 1 winner on Day 2 of The Championships at Royal Randwick. While the race may have been called the Queen of the Turf, we thought it was only fitting that the ‘King of the Turf’ booted home the winner.

While Damien Oliver bought up Group 1 win number 127, Rachel King notched her second victory at the highest level, steering home Knights Order to an all-the-way win in the Sydney Cup. While the Group 1 win in itself was a big thrill for King, she also became the first female rider to win the two-mile event. King said that the win was made even more special given it was for trainers Gai Waterhouse & Adrian Bott, who she was apprenticed to years earlier. While she may not have received the accolades that Michelle Payne did for winning the Melbourne Cup, it’s a pretty super effort to do what she did. On ya, Rach!