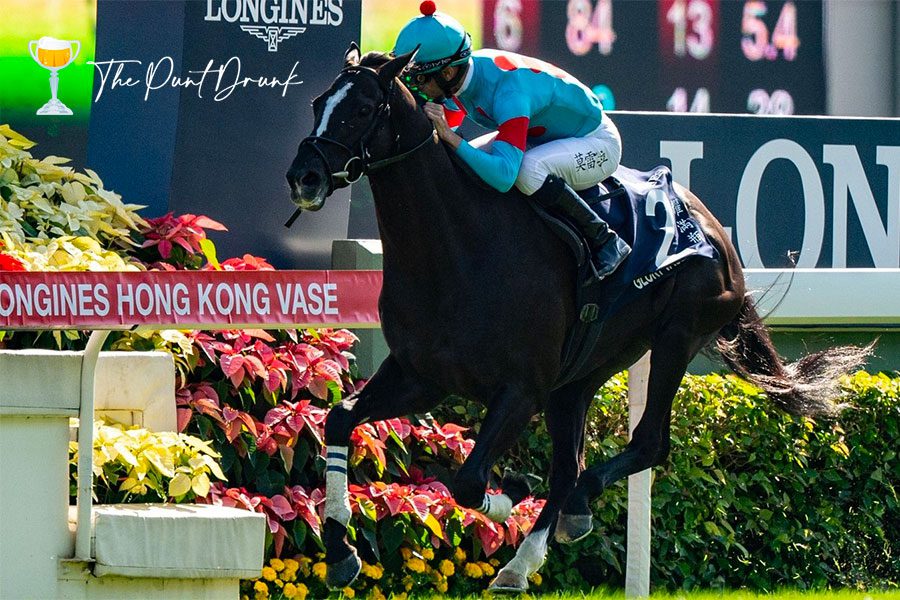 This week’s Punt Drunk takes a look back over the mammoth weekend of racing that saw the Japanese dominate the Hong Kong International Races at Sha Tin once again, with wins from Glory Vase and Loves Only You in two of the four features, while Golden Sixty reigned supreme once again in the Hong Kong Mile. On our home shores, Eagle Farm was torched yet again by punters, but it wasn’t the track that was the talk of the town.

WHAT DO THEY FEED THEM OVER THERE?

We know the sushi and beer is good in Japan, but gee, their horses are just different gravy. Horses travel to Hong Kong every year for Sha Tin’s day of days, the HKIR, where four Group 1 races are run and won, but there seems to be a bit of a trend of late as the Japanese continue to dominate. The aptly named Glory Vase made it his second win in the Hong Kong Vase, cruising away to win under local rider Joao ‘The Magic Man’ Moreira, before Yuga Kawada and Yoshito Yahagi combined in the Hong Kong Cup with star mare Loves Only You, who drove through to defeat her compatriot Hishi Iguazu. Russian Emperor, a son of Australian star Atlantic Jewel, finished third in the HK Cup, just nine-tenths of a length away. It was a fair old afternoon for the Land of the Rising Sun.

IT'S A FITTING FAREWELL. 💚🖤

For any horse to win a race is a fair feat, but Golden Sixty has now won 16 in a row in Honkers, hitting some genuine Winx areas. The Gold Coast Magic Millions Yearling Sales graduate has had 20 starts in Hong Kong for a mammoth 19 wins, with the six-year-old adding back-to-back Hong Kong Mile titles to his resume on Sunday. Under his regular rider, Vincent Ho, Golden Sixty weaved his way through the pack in the 1600m event and burst through a gap to race away with his 16th-straight victory. We would love to see him head to Australia in 2022, with races like the All-Star Mile, Doncaster Handicap, Epsom Handicap and Cox Plate all potential targets. Where does he go next? How long does the streak last? Have we seen the best of him? They’re the words on punters’ lips, but one thing we know for sure is that he is seriously good.

"This is his house! Fortress Golden Sixty!"

We punters have enough trouble as it is backing a winner on Saturday, but when we do, we love watching it over and over again. We had a fair old fill-up at Eagle Farm – insert trumpet blowing, back-patting GIF here! – but we hardly got to see any of it thanks to whatever the hell these were.

Congrats to Apache Chase breaking through the Gateway today at Eagle Farm@Desracing74 pic.twitter.com/FHgS3ksYVI

The Eagle Farm track has copped plenty of criticism over the past 12 months, but the chat is usually surrounding the rock-hard surface, the sandy turf, the leader’s bias or the outside fence bias – not the camera man. Whether or not old mate paid for the dodgy ‘Restricted View’ tickets or if he was filming from his cell at the local correctional centre, it wasn’t very good viewing. Get ya shit sorted, Eagle Farm!

Seriously how on earth can you have prison bars on the TV screen in a metro race with 200m to go @racing_qld https://t.co/MssOw3niHS