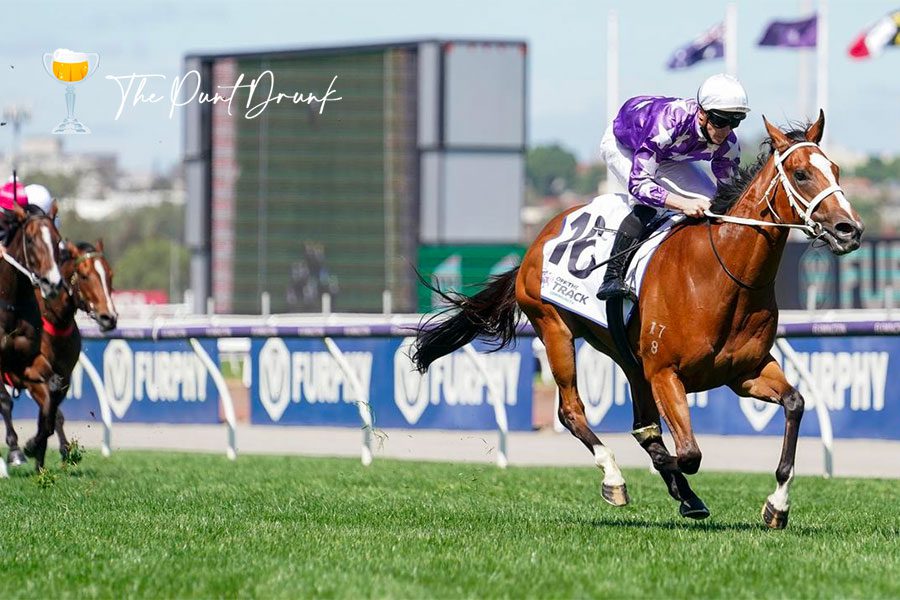 With just one more sleep until the first top-tier race of the year, the Punt Drunk team takes a look into Group 1 racing in Australia and discusses the awkward placement of the C.F. Orr Stakes. Peter V’Landys and Racing NSW introduced two new races this week – The Five Diamonds and The Big Dance – with the latter scheduled for Melbourne Cup Day. Will The Big Dance be a roaring success, or will it have two left feet? On top of all of that, Australia gets set for another boom horse to resume tomorrow, and gee, we aren’t sure if there has been a spruik like this for a very long time!

Group 1 Fever – it’s what we punters get at this time of year as we head into the Autumn Racing Carnival in both Melbourne and Sydney. As is always the case, the C.F. Orr Stakes is the first Group 1 race of the year. It’s run at Caulfield over 1400m under weight-for-age conditions and has seen some genuine champions of the Australian turf reign supreme – Lonhro, Typhoon Tracy, Black Caviar and Hartnell, to name a few.

Don’t get us wrong, we love this time of year, but we have to ask the question: Is the Orr run on the wrong day? Take the Stradbroke Handicap for example: horses get a natural lead in to the 1400m Group 1 feature through races like the Doomben 10,000 (1200m), BRC Sprint (1350m) and Kingsford-Smith Cup (1300m). The Orr, however, is run at the start of the Melbourne Autumn Carnival, giving horses like Tofane, Cacadian and I’m Thunderstruck no real lead-up race to run in with bigger targets in mind later on in the carnival.

In 2012, Black Caviar won the Orr before backing up seven days later to win the Lightning Stakes over 1000m – she was a freak – but this set up just doesn’t give horses the chance to contest the Group 1 race with a bit more fitness under their belt. If Racing Victoria and the MRC don’t want to move it from the opening weekend of the carnival, then perhaps the Orr should lose its Group 1 status.

Racing NSW announced two new races on Wednesday, with The Big Dance set to be run and won on Melbourne Cup Day. The new 1600m feature will be worth $2 million, giving country-trained horses a chance to run in the big smoke on the greatest stage of them all.

It’s not what we were expecting from PVL, given the battle between New South Wales and Victoria over the past five years, but we like what he’s done. If we’re honest, we expected a $5 million race over 3200m at Randwick on Cup Day, but it’s good to see that the man in charge of Racing NSW doesn’t quite plan on starting World War III.

Plenty of racing fans and participants weren’t happy with the announcement of the new race, but how can it be a bad thing? Aidan O’Brien and Charlie Appleby aren’t going to boycott the Melbourne Cup in order to run their horses in NSW Country Cups to earn a spot in The Big Dance, nor are people going to stop watching the race that stops a nation in preference for this new pop-up event. Instead, it could very well get more young people to the track, which will undoubtedly see wagering increase. Put your dancing shoes on and have a boogie, Mr V’landys!

The Big Dance will become the grand final for country cups horses. pic.twitter.com/rpJZz9WXgS

BOOM OF THE CENTURY?

We Queenslanders are adamant that there will never be a racing boom as good as the Boom Brothers – Spirit Of Boom and Temple Of Boom – but Chris Waller’s filly Espiona could be challenging that. The three-year-old has only stepped out at the races twice, winning impressively on both occasions, and now looks to have one hoof on every trophy from the Australian Oaks to The Everest, the Golden Eagle and, of course, the Melbourne Cup – at least that’s what the futures markets are saying.

Set to resume tomorrow in the Group 2 Light Fingers Stakes at Royal Randwick, Espiona will be looking to maintain her unbeaten record and go on to be the greatest horse the world has ever seen, right? Well… we have our doubts. Sure, she has been ultra-impressive in her two wins – 3.5 lengths at Warwick Farm on debut, 6.5 lengths at Flemington on Oaks Day – but is she a superstar, or did she just beat camels?

No doubt she is very good – her two trials can tell us that – but does Espiona deserve to be $15 in the 2022 Cox Plate betting? We don’t think so. Only time will tell, and it would be nice to see the next champion come along, but she isn’t Winx!

Do you want to see Espiona in the @Allstarmile? Vote using the TAB Polling Booth for your chance to be an Owner Ambassador of our Wildcard Runner and you could walk with $250k if it wins!