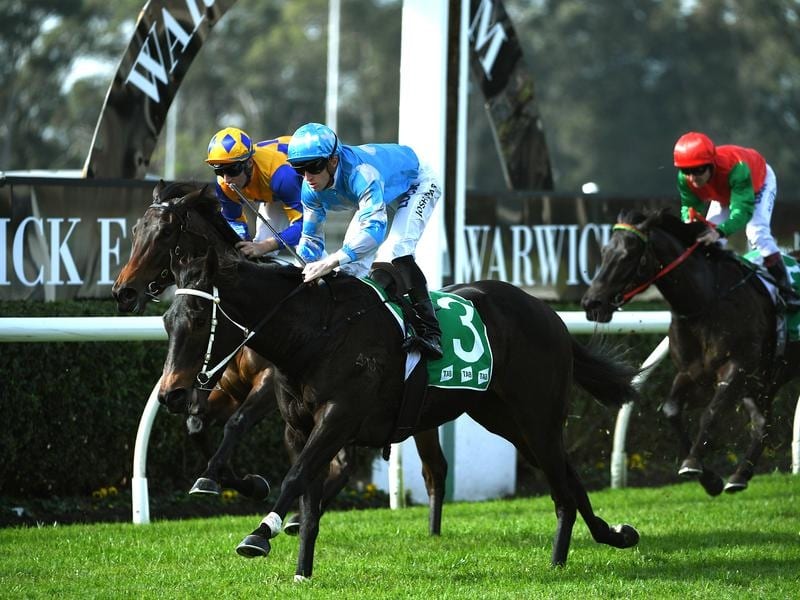 Racing NSW has this morning announced that there will be two new races added to its racing calendar as part of a $25 million increase in annual prizemoney.

‘The Big Dance’ and ‘The Five Diamonds’ will be introduced to the 2023/24 racing season in New South Wales, with both races set to add further glamour to the Sydney Spring Carnival.

The Big Dance will be run and won on Melbourne Cup Day at Royal Randwick over 1600m for $2 million in prizemoney, with eligible horses having to run in one of the 25 Country Cup races in the state.

Will we see a more epic finish today? Art Cadeau and @TommyBerry21 take out a thrilling edition of #TheKosciuszko pic.twitter.com/chUQ3pFjUi

The Five Diamonds, also offering $2 million, will be exclusive to five-year-old gallopers and will be run over 1800m at Rosehill Gardens on November 5.

The distance of the Craven Plate has been reduced from 2000m to 1800m, giving horses a further chance to back up into The Five Diamonds.

“These prizemoney increases are a reflection of the strength of the NSW Thoroughbred Racing Industry and importantly will provide increased returns to owners and participants across all sectors of racing in NSW,” Racing NSW Chairman Russell Balding said.

“The additional feature races for the Sydney Spring Carnival will complement the success that The Everest and The Golden Eagle have had already and provide even more opportunities for racing to attract new customers.”

On top of the two new races, there will be a number of minimum prizemoney increases.

All Group 1 races in Sydney are now worth at least $600,000, while the minimum pool for Saturday metropolitan races will increase to $150,000.

We hope you followed @jasericho's roughie.

Now run on October 8 will be the $500,000 Tapp-Craig for three-year-olds over 1400m, which is named in honour of legendary Sydney racecallers John Tapp and Ian Craig.

Also with a race named in their honour are Ken Callander and Max Presnell, as the former Stan Fox Stakes has been renamed.

The Group 1 Spring Champion Stakes (2000m) has been increased to $2 million and will be pushed back two weeks to Saturday, October 22.

“It’s all go for Profondo!”

The $1 million Callander-Presnell will be run over 1600m for three-year-olds on the same day as the Spring Champion, replacing the Bondi Stakes.

Also, Warwick Farm Racecourse is set to receive $6 million worth of course upgrades, which will be delivered in partnership with the Australian Turf Club.

Once Warwick Farm is refurbished and can host more meetings, it will allow for sequenced upgrades of both Rosehill Gardens and Royal Randwick.

“The $6 million investment in Warwick Farm trackworks is part of Racing NSW’s overall strategy to ensure we have the proper racing infrastructure in place to underpin the sustainability of our industry,” Balding said.