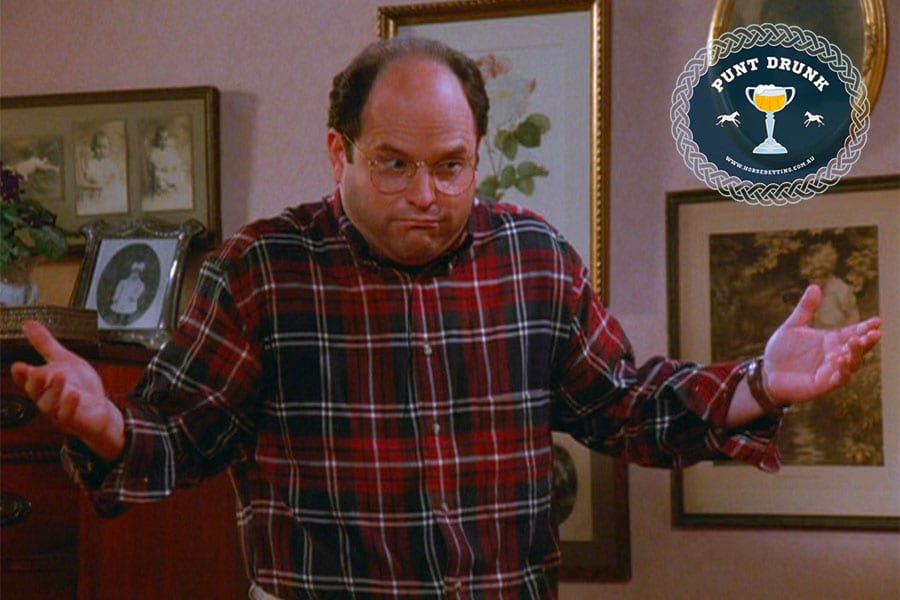 The Friday eve edition of #PuntDrunk is going to be completely free of Kentucky Derby drama, because it’s just crazier and crazier by the day! There is plenty to get excited about on our own shores, including some top-class racing over the weekend with The Goodwood and the Doomben 10,000. The Listed Andrew Ramsden Stakes will also have plenty of interested onlookers, with the winner earning a golden ticket into the 2021 Melbourne Cup.

Only 10 runners in the Andrew Ramsden?

Golden ticket to the Melbourne Cup, 400k of prizemoney and only 10 runners have accepted for Saturday's Andrew Ramsden. There should be no more whinging that we don't provide enough opportunities for local horses to book a spot in the Melbourne Cup.

There are 10 runners competing in the Andrew Ramsden Stakes for the chance to compete in the 2021 Melbourne Cup. Let’s be honest, that is bloody poor. Fair enough, the conditions restrict the race to three-, four- and five-year-olds, but there are arguably another 10 or 12 runners that could have been set for a race like the Ramsden. Plenty of local trainers and connections have whined and bitched over the years about there not being enough chances for local runners to get into the race that stops the nation, so why haven’t they turned up for this? For example, Salto Angel is a ripping filly with plenty of potential, but she is still a maiden after 11 starts and connections opted to have a throw at the stumps on Saturday. Why didn’t many more have that same approach? Turn it up.

Kah says no to low weight

Having ridden her 999th career winner when partnering Kurabui at Pakenham on Wednesday, in-form hoop Jamie Kah was asked a simple question. If Ayrton attracts the minimum 49.5kg in the Stradbroke Handicap, would she drop to that weight in order to take the ride? Kah responded as many thought she would, by saying there is no chance she would get down to 49.5kg. She did, however, say that she would happily get down to 51kg, but no lower than that. Kah opted to stay in Melbourne last weekend to ride Ayrton instead of flying home for South Australian Derby Day, but it remains to be seen whether Kah will reunite with him in the Stradbroke Handicap at Eagle Farm on June 12.

It is not very often that a third-place finish in a Bendigo maiden sees you start as favourite at Wyong next time out, but that is the case for the Hawkes-trained Sleipnir. The winner of that maiden on April 21 has since run a solid second, whilst the runner-up blew its rivals away at its next start at Kyneton on May 3, suggesting the form is worth following. Tommy Berry hops on board, and from barrier one he should be on the leaders’ heels throughout. Look for Sleipnir to savage the line late as he brings up a maiden victory at start two.