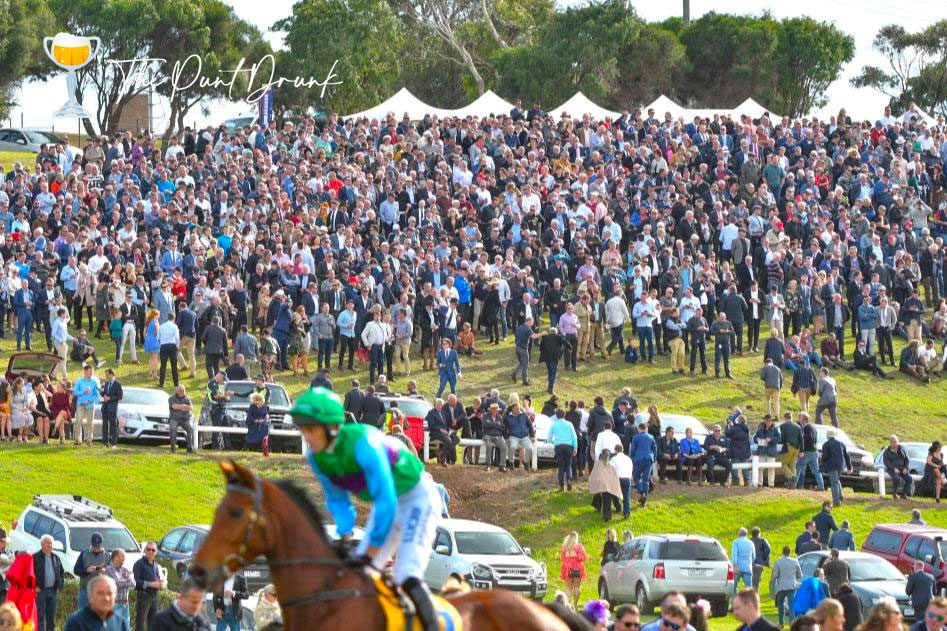 There aren’t too many feelings like this! It’s the start of May, which means the ‘Bool is officially underway! On today’s edition of Punt Drunk, we have a look at some of the best ways to do Warrnambool May Racing Carnival, while we also recap the 2021 Cox Plate winner’s victory in France overnight.

SERIOUSLY, HOW BLOODY GOOD IS THE ‘BOOL?!

Like we said, it’s a great time of year and arguably one of the best carnivals to be at trackside. The Warrnambool May Carnival features some of the best steeplechasers and country horses in the country, with big fields filling the 30 races across the three days. As is the case at most bush meets, it is a wild time to be a patron, with crowds flocking to the hill to watch the famous Grand Annual Steeplechase. We have you sorted on the best bets front, all there’s left for you to do is pull out the puffer vest, beanie and a few cartons and you are sorted! Bring on the ‘Bool!

Only one more sleep away until the 'Bool' carnival kicks off!

The 2021 Cox Plate champion, State Of Rest, made it three Group 1 victories in a row on Sunday night as he toughed it out to win the Prix Ganay at Longchamp, France. The Joseph O’Brien-trained galloper lined up in his first start since his controversial Cox Plate win, and despite being three wide for most of the journey, he proved too strong for his five rivals at the end of the 2000m event. In a bit of a kick in the guts for punters who woke up to the news rather than having their hard-earned dollars on, he started $6! Not bad for the winner of the best middle-distance, weight-for-age race in the world, is it?

Globe-trotting star! State Of Rest gets his third consecutive Group 1, winning the Prix Ganay at @paris_longchamp for @ShaneCrosse and @JosephOBrien2! pic.twitter.com/aIscZWjD1F