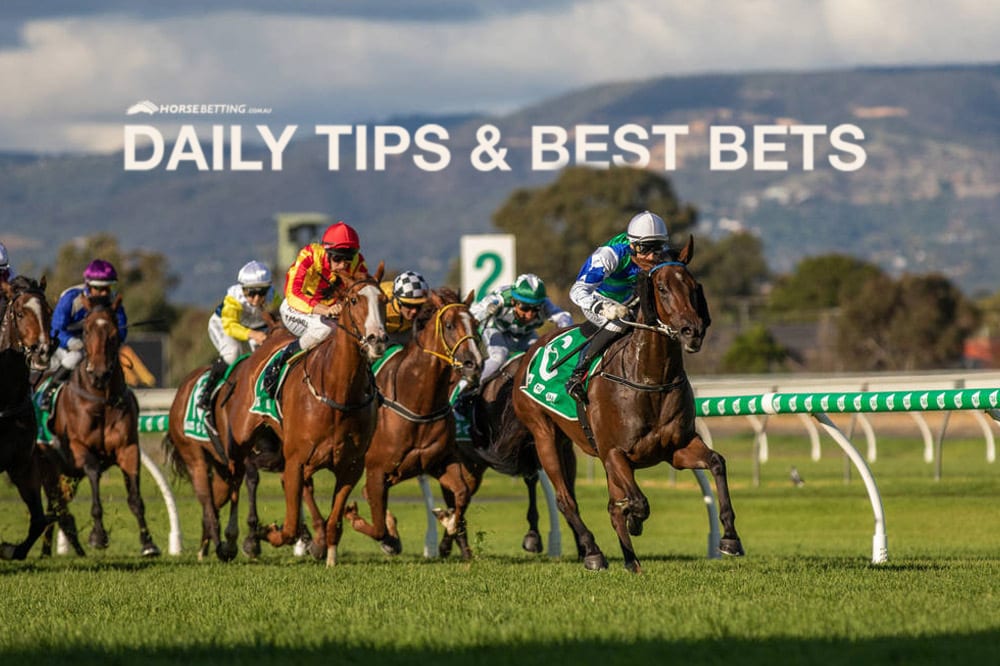 The Group 1 The Goodwood headlines the third day of the Adelaide May Racing Carnival where a nine race card is scheduled to be run and won at Morphettville. The track is expected to remain a Soft 5 for the duration of the meeting, and with the rail out 4m from the 1800m to the winning post and true the remainder, there should be no significant bias throughout the day. HorseBetting.com.au brings you the race-by-race preview, top odds, best bets and free quaddie numbers for the meeting getting underway at 11:56am AEST.

Racing gets underway with a BM80 over 2014m on Saturday, where a small field of seven are set to battle it out in an event where no runner finished in the top three at their last start. In saying that, the form that Canford has strung together over the past four runs has him in this right up to his nose. The Ryan Balfour-trained son of Canford Cliffs finished just over a length off the winner in the listed Port Adelaide Cup and was making up plenty of ground in the home straight. He steps down in class here, and with a well timed run from around the 600m mark, Karl Zechner will make sure this locally trained stayer is fighting out the finish.

In the first black-type event of the day, the David Coles AM Stakes, we are happy to be with last start winner Salamanders from the Godolphin stable. The Animal Kingdom filly gets Jamie Kah on board for the first time, and despite leading all the way at Geelong back on April 30, but from barrier five look for them to settle in the one-one. Despite Damien Oliver hopping off to ride her stablemate in the race, there looks to be plenty of upside with Salamanders, simply as to how easily she did it over the final 100m at Geelong. If she can handle the step up in class, she is the one to beat at a nice price.

In the third event we are with the John Moloney-trained Maddox looking to put together consecutive wins on an already impressive record. The Deep Field filly smashed her rivals by five lengths over the Ballarat 1100m on April 28 in a dominant all the way win. From barrier two, we expect regular jockey Dan Stackhouse to have just off the leaders’ heels, and all she will need at the top of the straight is a bit of luck to prove successful on Saturday.

Best Bet of The Day

Our best bet on the Morphettville card comes up in the Group 3 Proud Miss Stakes with Brooklyn Hustle set to appreciate the drop in class. As is often the case with the Jason Warren-trained mare, she simply got too far out of her ground in the Group 1 Robert Sangster Stakes. This will be the first time she steps out of Group 1 company since September 5, 2020 and in the small field of seven on Saturday should be nice and handy to the speed. Her turn of foot is up there with some of the best sprinters in the country, and all she will need is a little bit of luck and the magic touch of J.Kah certainly helps too.
Selections: 4-1-2-3

The Group 3 SA Fillies is an event that sees 16 three-year-old filles duke it out for Group 3 honours. One of best bets is set to go around in The Group 3 SA Fillies Classic is Flexible who was beaten under a length in the Group 1 Australasian Oaks on May 1 and looks well placed to snare her first black-type race. With strong Sydney form behind her prior to that Oaks run she is filly on the up and will be one to watch moving forward. From barrier 13, Damien Oliver will have no choice but to settle the Hallowed Crown filly at the rear of the field, but as she showed in the Oaks she can sustain a long run from the rear of the field. With a near bombproof wet track record, Flexible should be too good in the SA Fillies Classic.
Selections: 3-4-6-2

Opening the Morphettville quaddie on Goodwood day is the listed Centaurea Stakes for the fillies and mares. It is an event that sees our best value play on the card go around with Kentucky Tornado looking a nice play second up from a spell. The Danny O’Brien-trained mare was last seen finishing just over a length of Australasian Oaks winner Media Award at Geelong on April 20. Her effort at Geelong had a few excuses when held up at a crucial time, and in a race that looks quite open the $16 on offer is certainly going to be hard to ignore come Saturday.
Selections: 16-4-1-9

The second leg of the quaddie is the R A Lee Stakes over the Morphettville mile, and the Peter Jolly-trained Morvada looks the one to be with. He worked home solidly behind Groundswell in the listed City Of Adelaide Handicap on April 24, and having taken out the Group 3 Shaftesbury Avenue three runs back he certainly has the runs on the board. With two wins from six starts at the Morphettville mile we know he eats up the track and distance, and from barrier one Jake Toeroek will make sure he is up on speed throughout the entire race.
Selections: 2-6-8-3
[rmOC_events_list event_ids=1369227_07]

The final Group 1 of the Adelaide racing season is The Goodwood, which has attracted a field made up with plenty of local sprinters. Gytrash is arguably one of the best sprinters in the country and makes his long awaited return from a career-threatening injury. It looks to be a genuine grab job from trainer Gordon Richards who hinted that we may not see his superstar sprinter until the back end of spring. With plenty of stable confidence, and plenty of talent behind him, we expect Gytrash to get the upper hand over key rivals such as Behemoth, Kemalpasa and Instant Celebrity.
Selections: 2-3-9-1
[rmOC_events_list event_ids=1369227_08]

A BM64 1200m sprint closes out Goodwood day at Morphettville, and we are hoping the last start winner Lady Dunmore can send us home in style yet again. Phillip Stokes opts to pop the apprentice Sophie Logan on board, despite Craig Williams riding the stablemate to our top selection. Logan’s 2kg claim is no doubt the reason behind the decision, suggesting the 58kg that she won with last time is the weight Stokes is comfortably his filly can win at. Expect Logan to settle Lady Dunmore towards the rear of the field, but look for them to be hitting the line hard late on in the piece.