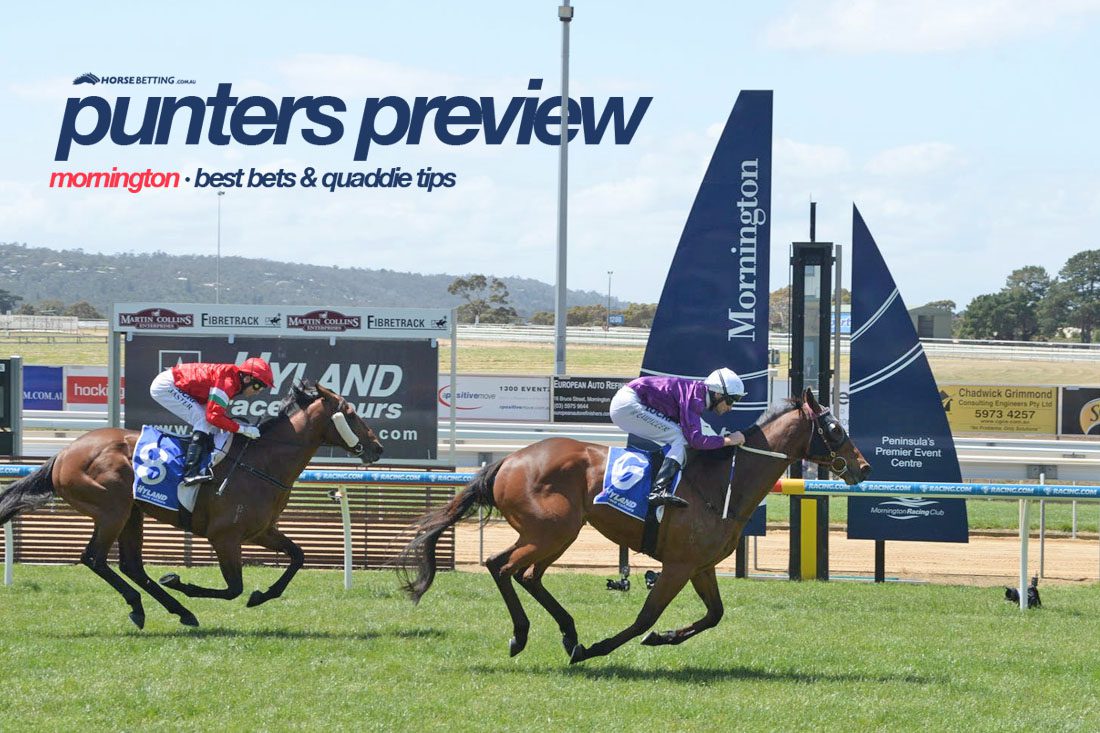 A bumper nine-race card greets us this Saturday as Victorian metro racing heads down the Peninsula for the annual Mornington Cup Day meeting. We’re set for perfect racing conditions with the track coming up a Good 4 and the rail in the true position, so there should be no excuses for any runners on the day. Racing is set to get underway at 12:30pm AEDT.

Win and you are in the Caulfield Cup, that is what is on offer for the winner of Saturday’s Mornington Cup. We’re anticipating the Chris Waller-trained Crystal Pegasus will do just that, based on what he has shown so far this time in. He was a dominant winner in the Listed Roy Higgins Quality, putting five lengths on Tigertiger who has since come out and run second in Adelaide Cup to help frank the form. The step back to 2400m from the 2600m shouldn’t be a deterrent to his chances and with Sacremento and Corbulo set to make this a genuine staying event, we expect the class and race fitness on Crystal Pegasus’ side to shine through in the Cup. He stays all day and has a nice turn of foot for a stayer and if he is anywhere near his best, the Australia gelding should be far too good for this field. Take the $2.80 on offer from Bet365, as we expect that price to tighten closer to the jump.

The Listed Hareeba Stakes is the second of the Stakes races at Mornington on Saturday over 1200m worth a cool $200,000. We’re expecting the Peter & Paul Snowden-trained Signore Fox to return from a four-month spell with yet another first-up win, having already claim three wins from starts when fresh. He has shown to have plenty of ability throughout his career, having placed on two occasions at Group 1 level from as many starts. Despite having not won a race in close to a year, this looks to be one of the easiest races, the Exceed And Excel gelding has lined up in for some time. Look for Damien Oliver to have him settled close to last, but armed with a strong turn of foot, Signore Fox should be flashing home late down the centre of the track and should prove too hard to run down.

Our best bet of the day comes up in the Mornington Guineas when the Clinton McDonald-trained Ancient Girl looks to build on her dominant win in the Morphettville Guineas on March 14. Having been beaten just under a length two starts back by the smart Barb Raider, that form stacked up nicely in the Morphettville Guineas when leading throughout and putting the best part of three lengths on her closest rival. From barrier 11 on Saturday, we expect the plan to be similar for the Turn Me Loose filly, despite there being a bit of speed drawn close to the rail. She is clearly a filly with above average ability and with a run in the Australasian Oaks obviously on the card, we expect a forward showing from Ancient Girl on Saturday and should prove too hard to run down. The $2.50 on offer from Unibet looks to be a generous price.

Next Best Bet at Mornington – Midwest

Having strung together five wins to begin his campaign, the Anthony & Sam Freedman-trained Midwest comes to Mornington in a rich vein of form and is clearly the one to beat in the BM78 over 1000m. He is a genuine sprinter and with a win already to his name at the track and trip, we expect the Zoustar gelding to prove too hard to run down. Following Logan McNeil’s 3kg claim, the chestnut will go around with just 57kg on his back which will only aid his chances in wanting to lead throughout. He looks to be the natural leader on paper and as long as he jumps cleanly from barrier 10, he should be too hard to catch for this lot. With a high cruising speed and winning confidence behind him, Midwest clearly looks to be one of the better bets on the card.

Coming off a narrow defeat to the smart Mynumerouno, where happy to give the Danny O’Brien-trained Can’t Be Done a chance at a double figure quote. Having settled towards the rear of the field at Echuca, he ran on with strong intent and went down by a neck on the line. That type of result should stack up nicely in a field like this and despite prior to that result being known as a wet tracker, considering he pushed a runner like Mynumerouno like he did on a Good 3 indicates he should be hard to beat on Saturday. With Damien Oliver on board, look for the pair to settle at the rear of the field and with a well-timed sprint, Can’t Be Done should be getting the job done this time round.