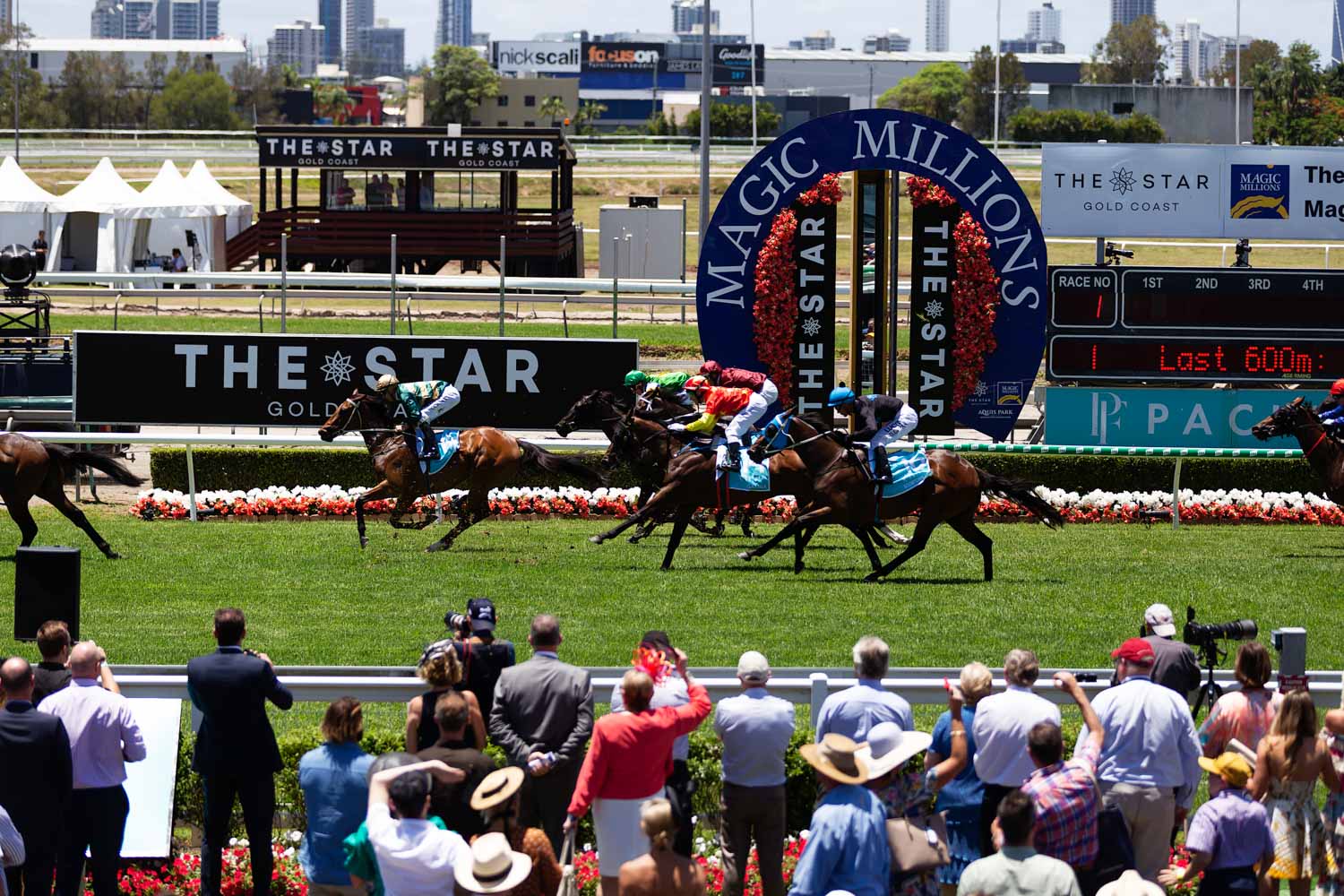 An important set of trials were conducted at the Gold Coast on Tuesday morning, with a number of horses set to line up at the Magic Millions race day on January 15 sent around.

The first trial of the morning featured Magic Millions 3YO Guineas (1400m) fancy Jamaea, as well as South Australian visitor Beau Rossa, and the Ben and JD Hayes-trained Lady Of Honour.

Jamaea is the current favourite for next Saturday’s $2 million race, so Tuesday morning’s work would have no doubt been encouraging for trainers Robert and Luke Price, after they opted to scratch the filly from Saturday’s Nudgee Classic at Doomben due to the downgrade of the track.

The Group 2 Furious Stakes winner hasn’t been seen at the races since a midfield finish in the Golden Rose back in September, but she has now had three trials ahead of her first-up assault on the Gold Coast.

After getting back in the trial, Jamaea worked home very impressively to run third, finishing on the heels of Lady Of Honour and Beau Rossa.

Terrific piece of work by @mmsnippets 3YO Guineas favourite, Jamaea, this morning at @GCTurfClub
All systems go by the looks of it 👀 pic.twitter.com/zyEBMjIISz

Lady Of Honour will join Jamaea in the 3YO Guineas on Saturday week, while Beau Rossa will be looking to win the $1 million Magic Millions Snippets (1200m).

The lightly raced five-year-old started a $3.10 chance in last year’s Magic Millions Fillies & Mares (1300m) and was beaten only half a length by Krone and Athiri, so connections will be hoping she can finish higher on the podium next Saturday.

In the second trial of the morning, Trent Busuttin & Natalie Young’s two-year-old colt Cusack stepped out in his second trial in preparation for the Gold Coast Magic Millions 2YO Classic.

Since winning the Magic Millions Ballarat 2YO Clockwise Classic on November 20 at his only start to date, the colt had only had one other public outing when winning a 900m trial at the Gold Coast on December 20.

The son of Not A Single Doubt sits second in the current Order Of Entry for the $2 million feature on January 15, behind only Coolangatta.

Getting the two year old Cusack up to the @GCTurfClub early appears to be paying off going by his second trial this morning. Trainer Trent @busuttin told Bensley, Cusack is thriving and would appreciate if the rain did hang around for next weeks @mmsnippets 2YO Classic.

Cusack has settled in well at the Gold Coast, after the Melbourne-based stable sent him north to Queensland earlier than usual.

The colt was able to lead comfortably in the 1000m trial this morning to win the trial with ease.

Cusack is currently a $21 chance with online bookmakers for the 2YO Classic, in a market dominated by Coolangatta ($1.80).