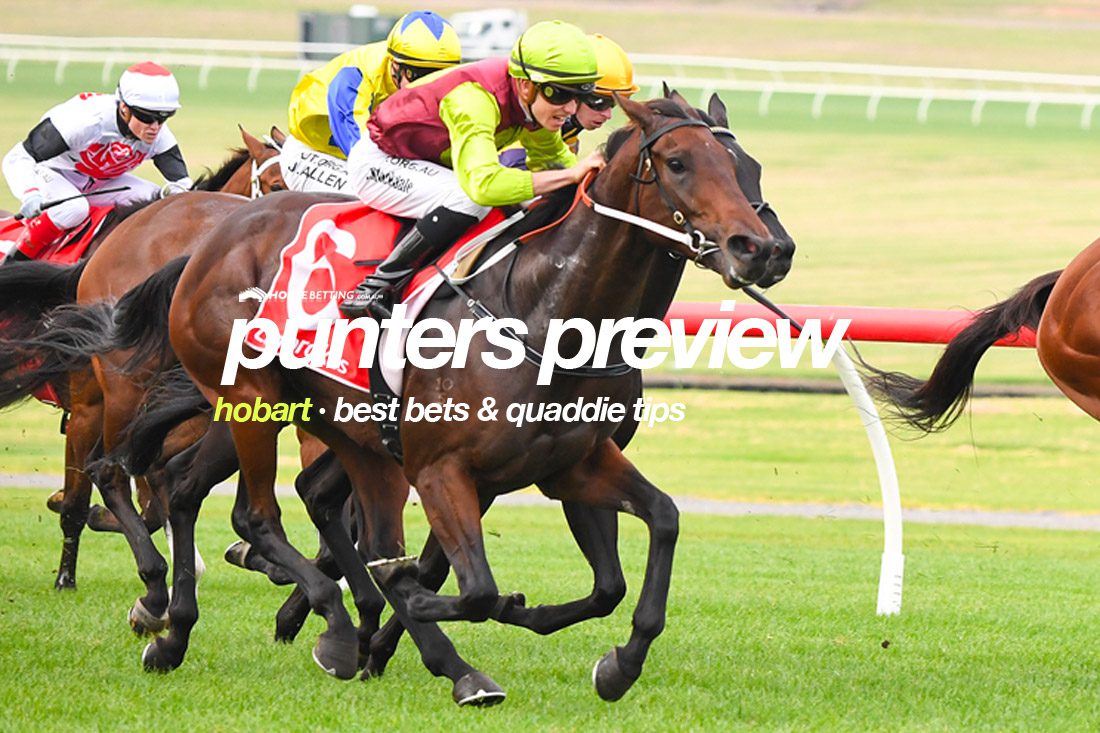 Elwick Racecourse in Hobart is scheduled to host a bumper eight-race card on Friday afternoon, and HorseBetting.com.au has you covered with best bets, quaddie numbers and top odds from the nation’s best betting sites. The track is rated a Soft 5, the rail is in the true position throughout, and racing is set to commence at 2:42pm AEDT.

The Group 3 Bow Mistress Trophy is one of four Group 3 events in the Apple Isle and is the feature event on Friday’s card, run over 1200m at weight-for-age level. We will be hoping the Tony & Calvin McEvoy-trained Zoushine can continue the recent dominance of mainland trainers in the race, with only one locally trained runner tasting success in the past five years. The four-year-old mare out of Zoustar resumes from a four-month spell and with a win and two minor placings from three first-up runs, we know she will handle the occasion.

Considering she is Stakes-placed on two separate occasions, we know she has a bit of class under her bonnet and we expect she will be hard to beat here. The in-form Barend Vorster travels to Hobart for just two rides and on that indication alone, the stable means business with Zoushine. We expect to see the mare settle outside the leader and when asked for an effort at the top of the straight, put a couple of lengths on her rivals and it should prove to be a winning break. The $9 on offer from Ladbrokes is a price we are willing to take with open arms.

Ciaron Maher & David Eustace are back to defend Group 1 winner Explosive Jack’s Listed Tasmanian Derby win, when they send Dodgy One to the 2200m staying event. This three-year-old son of Reliable Man is coming off a Donald maiden win on January 30 and despite doing plenty wrong looks set to go on with it here. Despite wanting to lay in throughout the home straight, the big grey had a touch of class on his side and was doing his best work late. That was over 2000m, so the extra 200m should only benefit his chances of claiming the Tasmanian Derby. John Allen hops back on board, which is a strong indicator considering it is Allen’s only ride for the day in Hobart. Look for Dodgy One to settle one pair off the speed and when asked for an effort late on, we expect he will prove too hard to go past and claim a Listed event at just his fourth start.

The Listed Strutt Stakes over 2100m is the first of the black-type races on Friday and we are hoping the Scott Brunton-trained Verbano can build on her last start second in the Thousand Guineas at Hobart on January 23. She hardly got a breather when leading for all but the final 50m on that day in race run in quick time. The step up to the 2100m on Friday should suit her natural front-running ability and considering she looks to be the only leader in the race, jockey David Pires should get the race run to his liking. If the Alpine Eagle can pick up a couple of chap sectionals mid-race, we expect Verbano to pack too much late on and prove too hard to run down.

Our best bet of the day at Hobart comes up early in the day, with the Leon, Dean & Trent Wells-trained Gee Gee Bay Watch steps out over 1100m in the second event of the day. The five-year-old son of Wordsmith bombed the start last time out at Launceston on January 26 and was seemingly a good thing beaten when finishing second beaten under a half-length. He has shown to be tactically versatile throughout his career and having drawn barrier six for this, he will need to be at his best early on to gain a positive position upon settling. His turn of foot is more than good enough to take out a race like this, even if he is required to settle at the rear of the field. With Taylor Johnstone sticking on board and claiming 3kg, we expect Gee Gee Bay Watch to prove too good for his rivals.