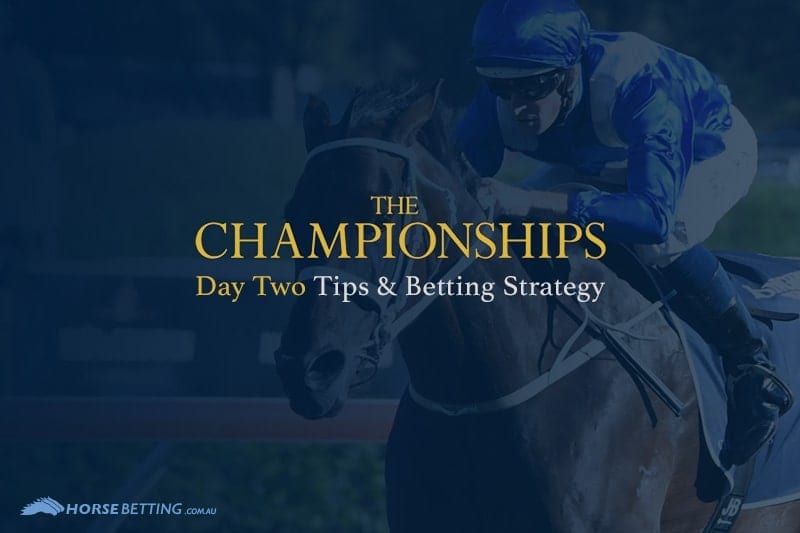 The second day of The Championships headlines a huge weekend of racing in Australia.

There’s the farewell of the mighty mare Winx, an Australian debut for Melbourne Cup aspirant Dubhe while Kiwi import is hoping to register back-to-back Group 1s in the Australian Oaks.

Our team of experts at Horse Betting have gone through every race and delivered tips for the full ten event card.

Let’s take a look at the betting strategy for the day.

BEFORE YOU BET: Sportsbet has a bonus bet special across the opening six races at both Randwick and Caulfield. Click here to read more about Sportsbet’s Championship promo.

While the last start win was encouraging this is a step-up in class on Championships day, the horse is drawn well and should be right in the running here.

Amercement the obvious danger but we believe Vinco is a star of the future and we’re backing him in to deliver in the opener.

The undefeated Green Aeon steps up significantly in grade here but there’s no reason to jump off this runaway train.

In the horse’s last start at Warwick Farm was brilliant, with the gelding winning by three lengths carrying 58.5kg. On Saturday the horse carries just 53kg and jumps from barrier 4, which will be ideal for the Bjorn Baker runner.

Green Aeon looks hardest to beat in a difficult race.

This is without question the hardest race of the day to pick.

After winning by a length and a half at Newcastle, Golden Tycoon looks a good bet. We’re expecting the speedy beginner to spear out and lead from barrier one and attempt to run them into the ground.

This will also be the first time the colt has run third-up, but with the benefit of fitness on his side Golden Tycoon should be right in the mix.

Golden Slipper winner Kiamichi drops back in grade after finishing third in the Inglis’ Sires on day one of the champs.

After taking out the Slipper from the front the Godolphin runner attempted to do the same again last week was overrun late by stablemate Microphone and race favourite Loving Gaby.

Kiamichi is the class in the field and we’re sure she’ll deliver another strong run from the front.

Classique Legend was unlucky not to extend his undefeated streak to three last time out, finishing third in the listed Darby Munro after a tough run in transit.

This horse looks one of the next big stars of the track and it starts with delivering a win in the Arrowfield 3YO Sprint.

With a better run in transit we believe Classique Legend absolutely brains this lot.

The penny dropped Verry Elleegant in the Group 1 Vinery Stud Stakes, with the Kiwi import delivering a barnstorming win to register a top tier victory by just shy of two lengths.

The horse had displayed some bad racing mannerisms since crossing the Tasman but settled nicely in the Vinery, which we think should be a sign of things to come.

Verry Elleegant is the class here and she should prove it in the Oaks.

Racing eyes will be on Randwick at five minutes past 3pm on Saturday as Winx attempts to go out in style in the Queen Elizabeth, and if we’re honest there’s absolutely no horse in this field that can beat her under these conditions.

It’s great to see her old sparring partner Hartnell saddling up but with the short turnaround from the Doncaster we can’t see him being a factor and Happy Clapper has already proven he’s no match for the supermare this preparation.

The 2019 Queen Elizabeth Stakes isn’t about finding a winner or delivering a healthy dividend, it’s about saying goodbye to one of the greatest to ever grace the track.

The second best two mile race in Australia is next cab off the rank and all the buzz has been about Godolphin import Dubhe, who makes his Aussie debut in the Sydney Cup on Saturday.

The last time we saw the Godolphin gelding he was putting a space between himself and his rivals over the 3200m trip at Meydan and before that he had a terrific career in England, winning over the mile and the 2000m journey.

If he’s in sound order and the last-start form holds up it’s hard to see the import getting beaten in this field.

Alizee was the major disappointment of the Doncaster Mile, finishing in the back field. Before that the Godolphin runner finished third in the All-Star Mile as a red-hot favourite.

Doesn’t make for great reading coming into this one but we’re anticipating a sharp improve from the star runner.

This is a significantly weaker field than the Doncaster, and while that was a bad run Alizee has a great record at Randwick, winning six times from 12 attempts and twice from three runs over course and distance.

Put a line through last week, Alizee should showcase her skills this Saturday.

In a tough race to round out the day I Am Excited looks to be a very backable price.

The Kris Lees-trained mare placed here upon resumption in the Triscay Stakes, and while the last-start at Rosehill as disappointing the upside is her third-up record. I Am Excited has won twice from three attempts which leads us to believe a strong showing is in the offing.

Back I Am Excited in to deliver in the final race of the 2019 Championships.

Bet on I Am Excited via online bookmaker Sportsbet