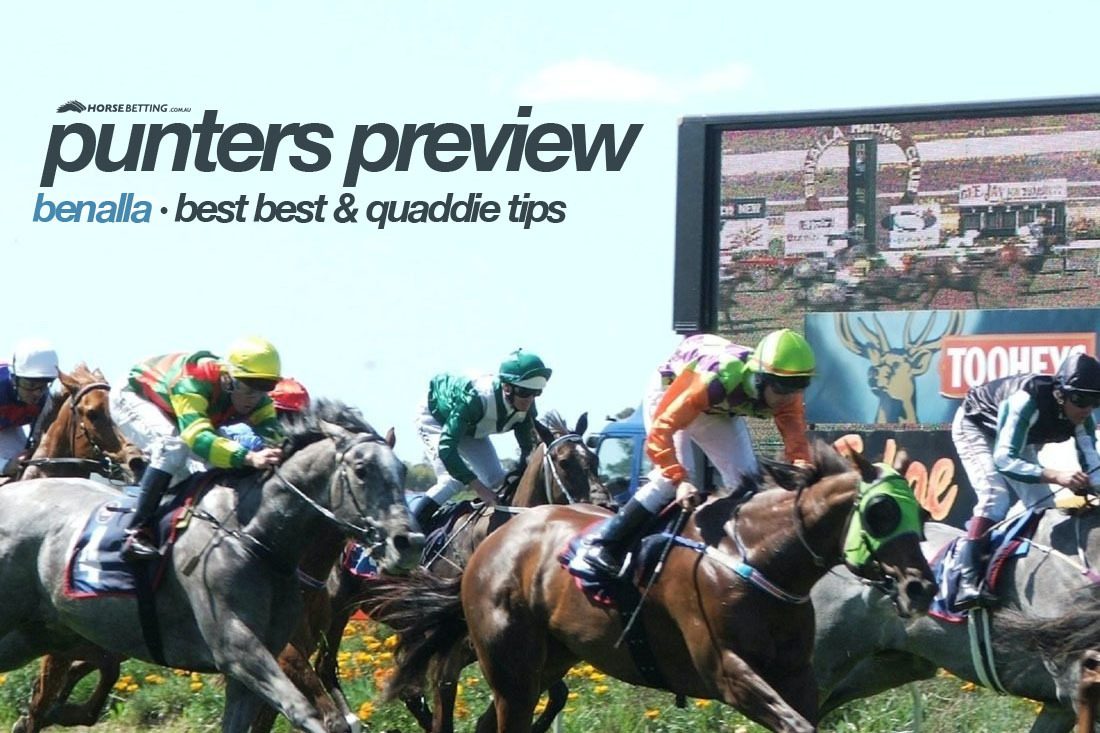 We head to Benalla Racing Club on Tuesday afternoon for an eight-race card on a Soft 6 track with the rail in the true position. HorseBetting’s Victorian tipping expert has scoured the top online betting sites and come up with a few potential winners along with some quaddie numbers. Racing is set to commence at 1:30pm AEST.

It isn’t very often that you get genuine Group 1 form lines at a Tuesday afternoon meeting at Benalla, but that is exactly what the Kristen Buchanan-trained Kooled brings to this Class 2 event. The three-year-old gelding managed to beat home subsequent Vinery Stud Stakes winner Fangirl on September 8 in a maiden event at Gosford over 1200m. He then chased home subsequent Typhoon Tracy Stakes winner Prix De Turn and the smart duo Extreme Flight and Linas Legend. Those types of form lines are genuinely some of the best you will see at a country meeting. Despite not showing much at two trials on rain-affected going in Sydney, we expect the firmer ground he strikes on Tuesday to be the tonic for Kooled. From barrier two, look for Hannah Edgley to take a sit of the leading pair and when a gap appears we expect Kooled to put this field away with ease. Take the $2.45 on offer from PlayUp and run.

NEXT BEST AT BENALLA: BUCHAN HOAKS

With two minor placings from three runs this campaign, the Graham Donaldson-trained Buchan Hoaks looks to be one of the better bets of the day at Benalla. It is hard not to like his racing style, he jumps cleanly from the barriers and looks to lead the field up and offers a kick in the home straight. Despite finishing sixth in a 0-58 at Avoca on March 26, this BM58 is certainly not the hardest and should take some running down. The six-year-old gelding loves getting his toe into the ground, with three wins and four minor placings from 13 starts on wet ground. Look for Sheridan Clarke to use barrier one and her 2kg claim to her advantage and under a well-rated steer, Buchan Hoaks clearly looks the one to beat in the opening leg of the quaddie.

Having hit the frame in five of his eight career starts, Tuesday looks to be the day the Ben & JD Hayes-trained Chart Buster breaks through for a deserved maiden win. The four-year-old gelding travelled four wide with no cover last time out at Kilmore on March 10 and despite the wide run, stuck on for third, beaten 3.5 lengths. From the wide barrier (12), we expect Cory Parish to be aggressive in his ride early on and have the Akeed Mofeed gelding settled up on speed, settled outside the leader. Before his first-up run he won a trial on a Soft 7 and having already placed on his sole run on rain-affected ground, the going is hardly set to challenge him. We’re more than happy to take the $10 on offer from Palmerbet.