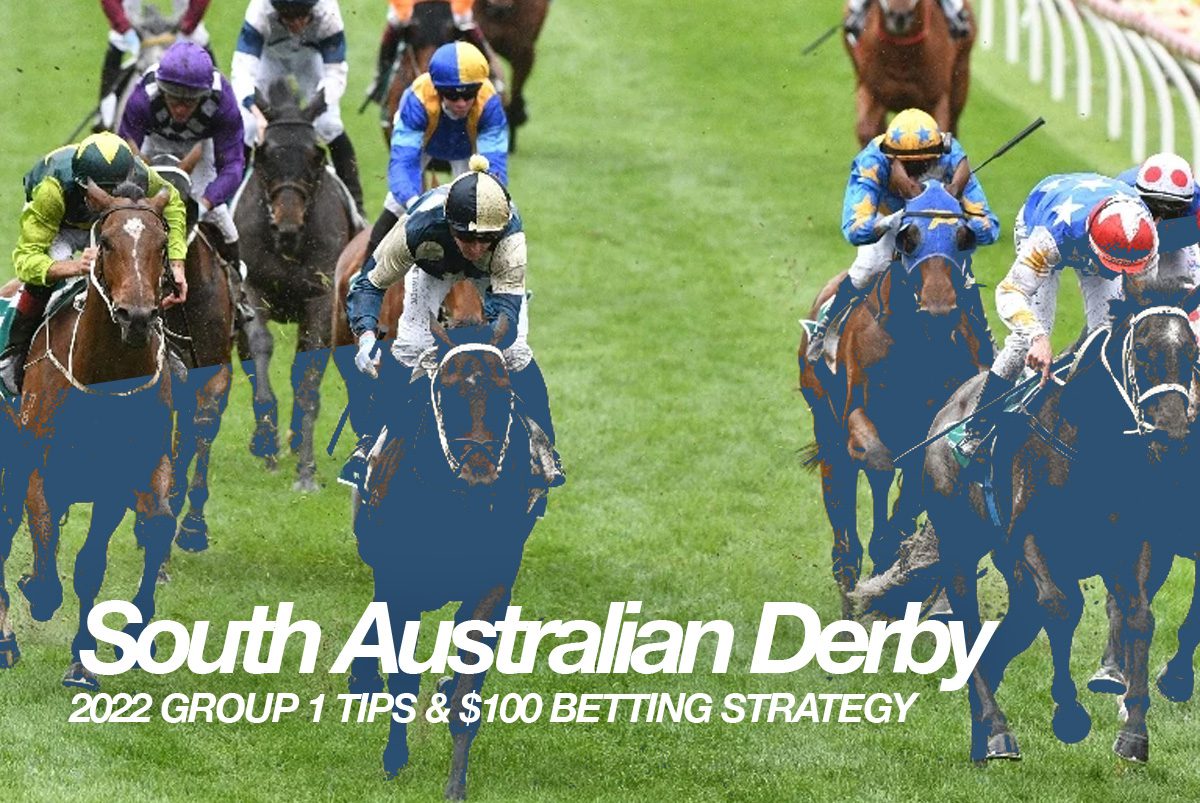 The 2022 South Australian Derby is the feature event on Saturday’s nine-race card at Morphettville. A capacity field of 16 three-year-olds are set to duke it out for the $502,250 on offer.

Online betting sites have the race down to two genuine chances, with last-start VRC St Leger winner Alegron ($2.80) leading the market having drawn barrier three. The unbeaten Detonator Jack ($3.80) from the Ciaron Maher & David Eustace yard looks to be the biggest danger in the race. Harleymoven ($8.50) and Jungle Magnate ($9.50) round out the runners in single figures.

Having drawn out wide, look for Son Of Emperor and Claidheamh Mor to lead the field up, with King Of Pharaohs and Alegron likely to stalk the speed throughout. From wide barriers, expect Detonator Jack, Jungle Magnate and Yaphet to settle towards the rear of the field.

Having bypassed the Andrew Ramsden Stakes and the chance to claim a golden ticket into the Melbourne Cup, we expect the James Cummings-trained Alegron is going around in a South Australian Derby for a reason. The Teofilo gelding smashed his rivals in the VRC St Leger last time out over 2800m, we know he will handle the 2500m, and considering two starts ago he was three-quarters of a length off Hitotsu in the Australian Derby, his form lines are simply the best in the race. He’ll jump from barrier two once the emergencies come out, and despite usually settling midfield, look for Damien Oliver to use the soft draw to his advantage. He may not be ballot-exempt for the Melbourne Cup when he wins this on Saturday, but he will almost certainly be assured a start on that first Tuesday in November.

Despite Detonator Jack being the biggest danger in terms of the market, we’re expecting the Dan Clarken & Oopy MacGillivray-trained Harleymoven to be Alegron’s biggest danger in the Derby. Having settled a distant last in the Chairman’s Stakes defeat to Jungle Magnate, it was arguably the decision to go back from barrier 12 that prevented him from finishing closer to the winner. If Ryan Hurdle can have this Foxwedge gelding settled midfield with cover, he should be within striking distance approaching the home turn. His victory in the Port Adelaide Guineas two starts back suggests he is in this right up to his neck, and with online bookmakers offering around $8.50 for the win, Harleymoven is well worth a dabble.

Detonator Jack is undefeated through three starts as he makes his way through the grades and will be in the finish, but coming out of a BM78 into a Group 1 as second-elect in the market, we’re happy to take him on to an extent. Jungle Magnate rounds out our top four and the top four in the market, with the rest needing to improve out of sight to be any chance in a race like the South Australian Derby.