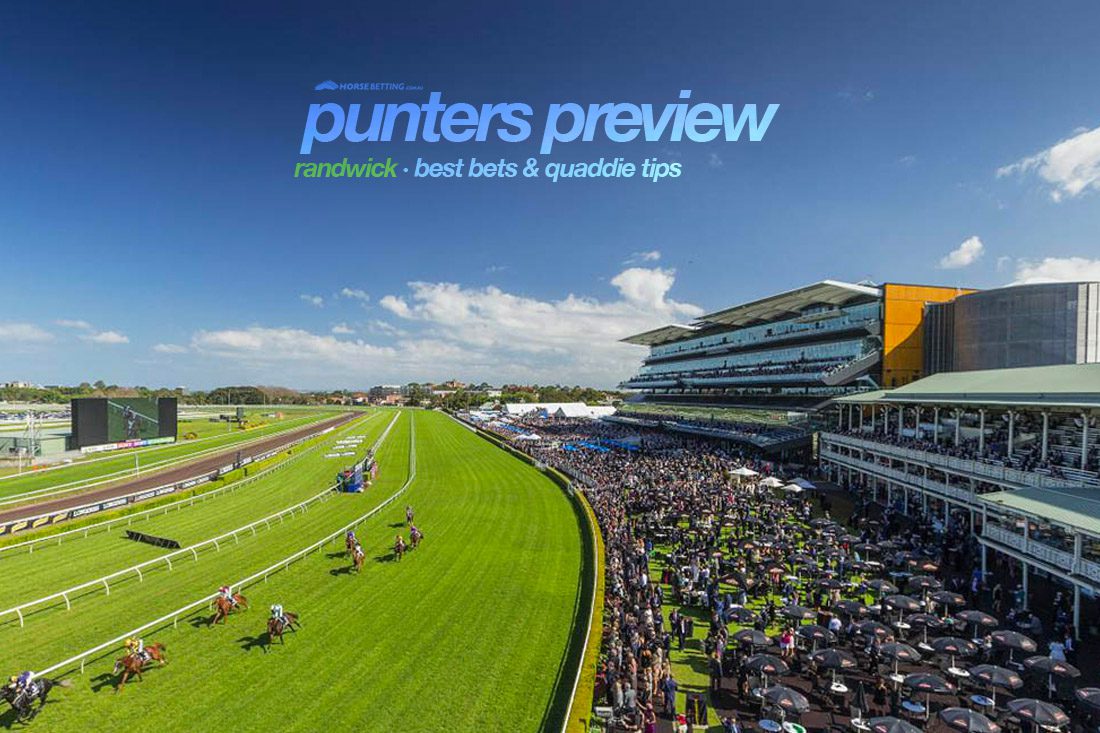 Group 2 racing heads to Royal Randwick on Saturday for the running of the Missile Stakes over 1200m, and some of the big guns are in town. HorseBetting’s New South Wales racing analyst presents his best bet for the Group 2 feature, as well as his other top picks and quaddie numbers across the course of the 10-race program. The track is rated a Soft 7 and the rail is in the true position, so we expect it to play fairly evenly all day. The first race gets underway at 11:20am AEST.

Six-year-old mare Belluci Babe has the form to fire in a race like this following a breakthrough autumn campaign. The Bjorn Baker-trained mare finished fourth in both The Galaxy and TJ Smith Stakes, before running third in the Group 2 Sapphire Stakes at the end of her preparation. The daughter of Per Incanto trialled like a bomb at Hawkesbury on July 18 over 785m, winning the trial comfortably under lock and key, suggesting she is in for a big spring. With a terrific first-up record (5:2-2-0) and an unbeaten record with James McDonald in the saddle, Belluci Babe is going to take a power of beating on Saturday and stamp herself as a worthy candidate for a slot in The Everest. Having been allocated just 54.5kg, this mare has the weight to upset the class horse of the field in Forbidden Love.

We were with Alcyone three weeks ago when he was a dominant winner at Rosehill Gardens over 1500m albeit in Benchmark 78 company, but his win suggested he is in for a big preparation. On Saturday, the James Cummings-trained five-year-old will contest the Premier’s Cup Prelude over 1800m, so the quality of horse he is up against is much tougher, but he does drop to 51kg with Reece Jones’ claim – a massive 9.5kg weight decrease. The son of Teofilo will settle midfield from barrier nine on Saturday and get into a rhythm, which will allow him to let down strongly like he did when fresh. During the spring, Alcyone was in a purple patch of form, which saw him only narrowly beaten by the subsequent Doncaster Handicap winner Mr Brightside at Flemington, so we’re expecting him to be hard to beat here. The horse does hold a nomination for the Melbourne Cup and he is bred to stay, so keep a close eye on this horse as we get closer to that first Tuesday in November.

Next Best at Randwick – Conqueror

It is always an exciting time of year when good horses return to the track, and a name we think we will be hearing a bit more of is Conqueror. Although only having won a midweek maiden as a two-year-old, this striking son of Churchill did it with a touch of authority and the form out of the race was really strong with the likes of Seven Veils, She’s Extreme and Alpha One all going on to bigger and better things. On the back of two trials, the Chris Waller-trained three-year-old colt should be able to fire first-up in pretty weak company. With William Pike riding at 53kg, Conqueror is going to take plenty of beating and start his campaign towards the Golden Rose, where he is a $17 chance with online bookmakers. This is a lovely starting point.

Chris Waller and Nash Rawiller combine in the fifth race of the afternoon with Loveplanet, a five-year-old gelding who is resuming. The son of Ocean Park has won first-up in the past when a good winner at Sandown last July in what was his last victory. In his most recent run back in February, Loveplanet didn’t beat a runner home at Flemington when finishing down the track behind Gentlemen Roy and Listed Winter Championship winner Tuvalu. He worked really well in a recent jump out at Flemington behind Shooting For Gold and Group 1 handicap winners Mr Brightside and Alligator Blood, so we are confident that he is going pretty well – or at least well enough to be competitive in a Benchmark 78. Hopefully, Nash Rawiller can slot in somewhere from the sticky gate and give this horse a ‘Nash special’.