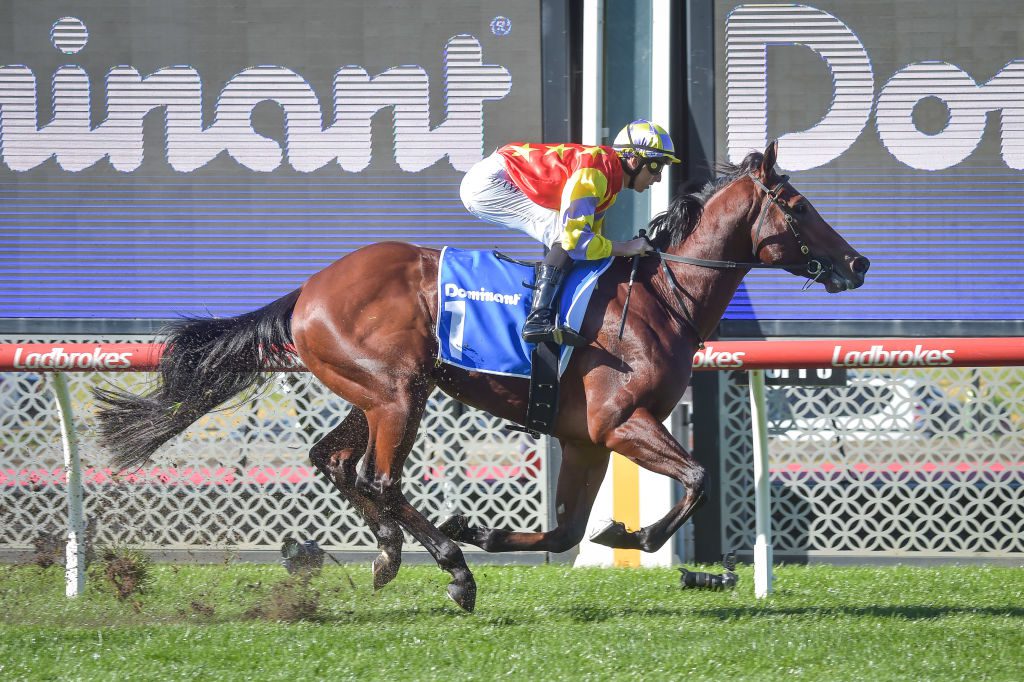 Peter & Paul Snowden enjoyed a clean sweep of the two 955m two-year-old races at Moonee Valley on Saturday, with both Alpha One and Winntertakesitall proving too good for their opposition.

Promising colt Alpha One made it three consecutive victories in the second race of the day, leading all of the way under Damien Lane to record a 3.75-length win in a time of 56.80 – almost a full second quicker than the fillies edition in the subsequent race.

The son of Super One had solid midweek metropolitan form in Sydney last preparation, but following a good trial win at Rosehill Gardens in late June, Alpha One returned to the races a different horse, posting three wins at Newcastle, Hawkesbury and now Moonee Valley in his three runs by a combined 7.85 lengths.

With the introduction of a Bubble Cheeker for Saturday’s Moonee Valley win, Alpha One put his hand up to contest bigger and better races over the next few weeks and months.

“Two last-start wins have been solid, but just doing little things wrong to the point now being a colt, I just thought he needs something a bit different in the camp now.

“A change of direction and a Bubble Cheeker certainly worked well today.”

Set to turn three on Monday as the new racing season turns around, Snowden says his promising sprinter is likely to stay in Melbourne and race against his own age, with the Group 3 Vain Stakes (1100m) his next assignment.

Should he reign supreme in the Vain, he would join an illustrious list of sprinters including Bivouac, Russian Revolution and Sepoy.

“There’s a fair bit going for this bloke,” Snowden said.

“He’s a lovely type. He’s blessed with good natural pace and to come here to Moonee Valley and win like that today, it suggests that there’s more to come and we’ll be staying down here a bit longer to see what we can find.

While Alpha One is in for a potentially fruitful campaign, stablemate and fellow Moonee Valley victor Winnertakesitall isn’t in for the same preparation.

The Snitzel filly was able to get her first win on the board at her third career start, chasing hard to reel in Bistro in the shadows of the post under Michael Dee.

“She will probably have one more run before we give her a break,” the trainer said.

“There is upside for her later on. She has a good pedigree and will make her name in time.”