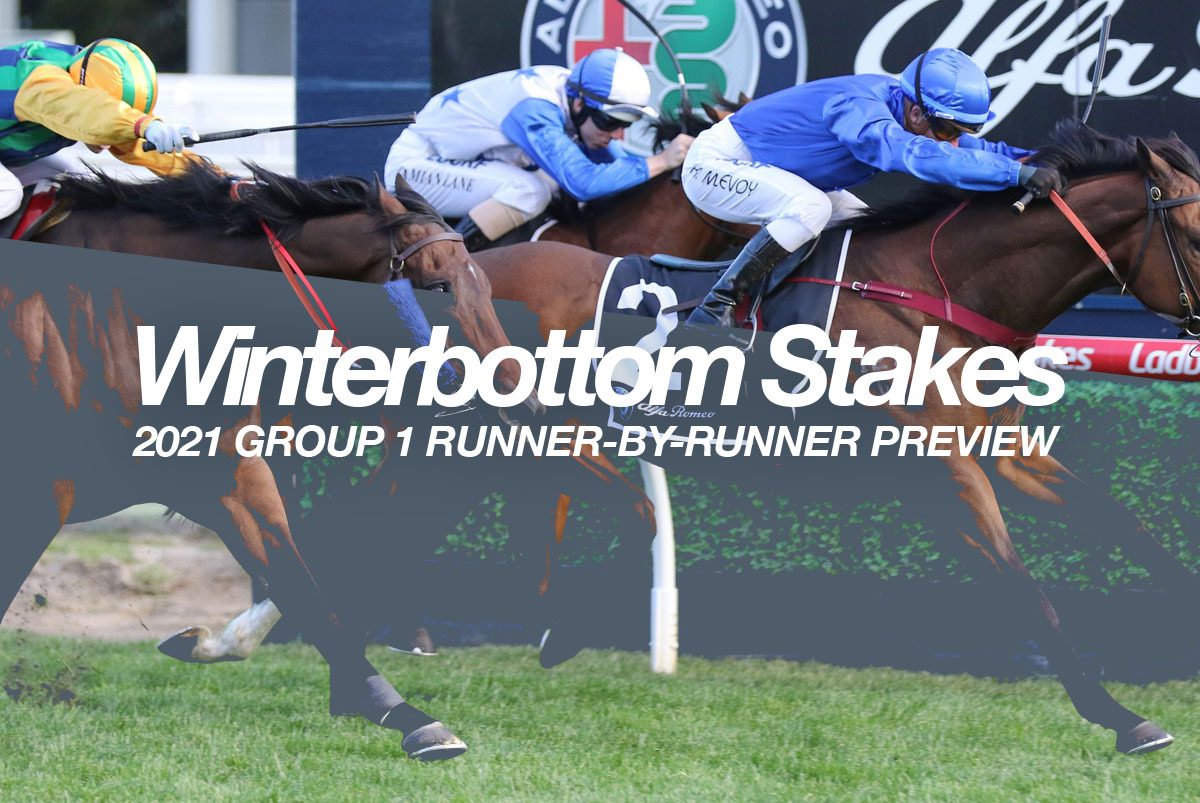 The old marvel Rock Magic is set to have the final start of his career on Saturday as he steps out as a 12-year-old. Two starts back he split Elite Street and Stageman when hitting the line with great intent, and if he is to run anywhere near that effort this weekend, he must be given a chance. However, he has not tasted success in 2.5 years, and despite his recent form, the $41 on offer is a fair price.

The favourite for the 2021 Winterbottom Stakes is the Daniel Morton-trained Elite Street, who is coming off a smart win in the Group 3 Colonel Reeves Stakes on November 13. With 11 of his 15 rivals in this race coming from the Colonel Reeves, we know he has the form to follow in the race, altough the $2.50 on offer looks to be a touch skinny for our liking. However, winning form is good form, and with three wins in succession to begin this campaign, the five-year-old son of Street Boss is back to his best. With a genuine tempo expected, and in a big field of 16, he will take some beating if he is close enough when straightening.

Red Can Man ran fourth in the Colonel Reeves Stakes, beaten just over a length. He has one of the stronger form lines in the race, with a minor placing behind subsequent Group 1 winner Sierra Sue and chasing home Behemoth in the Memsie Stakes earlier in the spring. From barrier 11, he’ll need plenty of luck early on, and if he struggles to get across, then he will be left vulnerable 200m out from home.

Punters can get $51 for the Sean & Jake Casey-trained Laverrod, who simply never got into the race when finishing 10th behind Elite Street last time out. He was settled in the second half of the field and loomed as a danger at the top of the straight, but he just could not go on with it. A win here would be a massive shock.

The second of the Chris & Michael Gangemi runners is their five-year-old Money Matters, who was relatively unlucky when finishing eighth behind Elite Street in the Colonel Reeves. Having been held up for a run until the final furlong, he simply never saw clear air and went to the line relatively untested. With even luck, we can see Money Matters running in the top four, but it is hard to have him as a winning chance.

The one we are giving a chance at an each-way price is the Neville Parnham-trained Indian Pacific, who is coming off a third-place finish behind Elite Street in the Prince Of Wales Stakes on October 30. He will roll forward under Brad Parnham and look to go with the likes of Wilchino and try to break his rivals’ hearts by burning the candle at both ends. Having finished second behind Zoutori in the Newmarket Handicap earlier in the year, he clearly has Group 1 credentials, and if Indian Pacific brings his best, he is the one most likely to cause an upset.

Formerly with Team Hawkes, the now Luke Fernie-trained Outrageous is set to have his first start in Perth on Saturday. Having not won in close to a year, he is hard to get excited by, and considering he has failed to beat a runner home in three of his last four starts, it is hard to see how he will measure up in the Winterbottom.

The Bernie Miller-trained Cup Night absolutely flies when first-up from a spell (8:3-2-1), but those results have come in much easier company than this. He seemingly is better over 1400m, and with plenty of these having a bit more toe than what he does, it is understandable why he is a $31 quote here.

Stageman from the Adam Durrant yard is another who struggled for luck in the Colonel Reeves Stakes when chasing home Elite Street last time out. He went to the line under a relative hold, and considering he had not been beaten far by Elite Street in their prior two encounters, then he must be a chance here. From barrier 15, Clint Johnston-Porter will need to go back in the field, but considering that is his normal racing pattern, it should not be too much of a detriment. If Stageman can get a nice tow into the race, there is no reason why he cannot be a genuine trifecta or first-four chance.

Despite finishing fifth in the Colonel Reeves, the Jim Taylor-trained Carocapo is hard to entertain. The $251 is an appropriate quote for someone having their first crack above Group 3 standard.

The second of Luke Fernie’s runners, Iseered Iseered, was yet another who struggled for clear air in the Colonel Reeves Stakes last time out. Having had a beautiful cart into the race, the four-year-old son of Safeguard simply needed a touch of luck and he most likely would have finished closer. Prior to that run he had strung together three wins in a row, and despite that being in weaker company, winning form is good form. He’ll take a sit off the speed from barrier five and, with even luck, should be a genuine exotics player at a big price of $41.

The final Gangemi runner, Long Beach, was sent around at a big price in the Colonel Reeves and is set to go around at a similar price here. Even so, the five-year-old son of I Am Invincible travelled three wide with no cover up on speed and did well to go down by just a length in the bunched finish. It looks like he will get trapped wide again here, and as we know, it is hard to back up a tough run with yet another tough run, especially at Group 1 level.

The Bruce Watkins-trained River Beau is another runner going round at a $251 quote, and it is easy to see why. He continually finds himself in trouble, and having drawn barrier 17, he will need to get back in the field and run on. the five-year-old gelding will struggle to keep up with some of these.

The Simon Miller-trained Flirtini is back for a third crack in the Winterbottom Stakes having finished fifth at both of her attempts thus far. The six-year-old mare has hardly been setting the world on fire in recent times and has been well beaten by Elite Street in all three runs this campaign. Look elsewhere.

The Grant & Alana Williams and William Pike combination must always be taken seriously, and on the back of their success in last week’s Railway Stakes with Western Empire, they will be hoping Graceful Girl can give them another Group 1 win. She settled last in the Colonel Reeves Stakes and absolutely flew home with the best final 400m of the meeting, signalling her intent in the Winterbottom. From barrier 18, she will need to go back in the field and run on in similar fashion. Pikey will have her fighting out the finish; it is just whether she can run down the likes of Wilchino having given her rivals a big start.

Our top selection in the Winterbottom Stakes is the Daniel Morton-trained Wilchino, who has progressed through the grades nicely with eight wins from her last nine starts. From barrier one, she is sure to get every chance to boot through and dictate terms under Chris Parnham. If Parnham lets a fast horse be a fast horse, it is hard to see how some of these run her down. She is going to get a fair start on the likes of Elite Street and Graceful Girl, as those two will be back in the field, and if she can see out a genuinely run 1200m like she did last time out, then Wilchino should be too speedy for this lot.

Of the two emergencies, Triple Missile from the astute Lindsey Smith stable is clearly the better option. However, he struggled to reel in Wilchino when being sent around as a $1.80 favourite at this track and distance on November 13. He would be getting back in the field as it is, so it seems highly unlikely that he can turn the tables on our top pick.

The $251 is a fair quote considering All Day Session is unlikely to gain a start. Even if he does, it is hard to see how he beats most of these home.

With Wilchino set to have no issue in finding the front from barrier one, we expect her to lead throughout and be simply too hard to catch. Last year’s winner, Elite Street, is an obvious danger along with Graceful Girl, but both will be giving Wilchino a head start, which could prove detrimental to their chances.