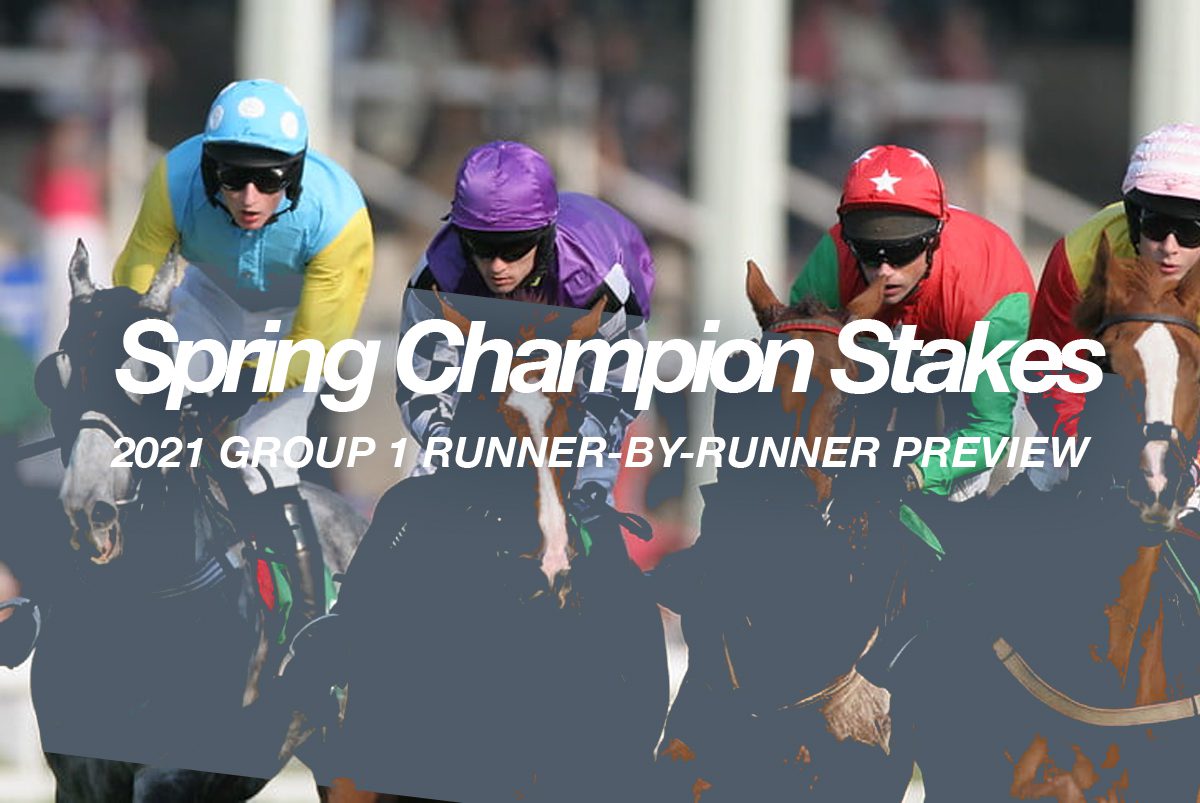 HorseBetting’s Sydney racing analyst brings you a runner-by-runner preview of this Saturday’s Group 1 Spring Champion Stakes at Royal Randwick. Profondo is the $3.30 favourite in just his third career start, while Head Of State is the $4.50 second elect, just ahead of last weekend’s Flight Stakes winner, Never Been Kissed ($4.80), who is looking to replicate Montefilia’s efforts from 12 months ago. Never Been Kissed is likely to go forward once again, while Victorian visitor Inverell will look to roll up from the outside barrier.

Chris Waller’s colt Head Of State won the Gloaming Stakes – the main lead up to this race – a fortnight ago, so he has to be respected. The son of American Pharoah only won by just under half a length, but there was plenty of merit in the way he made ground late on a day that was difficult to do so. Barrier nine is a slight query, but James McDonald has the riding duties, so it is hard to be too against him. With luck in running, he is a definite winning chance.

Profondo really caught our eye at the trials prior to his debut run, which he won, so we have been keen to see him get out to 2000m and into this race for a while now. The son of Deep Impact was a $1.9 million purchase as a yearling, and if he runs up to our expectations, he will be worth every bit of that. After winning on debut on the Kensington track, Profondo threw it away in the Gloaming when he put in a sidewards step inside the final 100m when asked for an effort by Robbie Dolan to fend off Home Affairs. Richard Litt is confident he has nutted that out, so we are happy to be with him again.

Alegron has been eye-catching in his past two starts, running fifth in the Dulcify Stakes and fourth in the Gloaming Stakes, so he is a deserving chance in this Group 1. The son of Teofilio won dominantly at Newcastle when first-up this campaign in maiden company and has made good ground in his two runs since. Neither James Cummings or Kerrin McEvoy have won this race before, and while we expect the gelding to run well, we don’t think he can win on Saturday.

This son of Reliable Man has only had two starts but profiles very similarly to last year’s Spring Champion favourite, Love Tap. Benaud won his maiden at Nowra on debut on September 10 before running third in the Gloaming Stakes behind Head Of State and Profondo. The grey colt will have to improve again into this after finishing four lengths off the first two runners last start, but he is bred to stay all day, so the trip will suit.

French Emperor ran third on debut behind Profondo over 1400m and then won comfortably at Goulburn as an odds-on favourite, but he was well beaten in the Gloaming as a $5.50 chance. From barrier 11, he is going to have his work cut out, with Tim Clark likely to ride him positively from the sticky gate. David Payne knows what it takes to win the Spring Champion, but he seems unlikely to do it again this year with French Emperor.

Raging Bull is the second of David Payne’s runners in this race, and although he is a $51 chance, he is the only runner who has been tested at the distance, winning his most recent start over 2100m at Wyong, albeit in maiden grade. He has the staying prowess to be in this for a long way and gets a dream run from barrier four under Andrew Adkins. He has been in and around the money in all four starts, but there is some doubt around his class.

OTI Racing have a keen eye for staying types, and Inverell is no different. The Clayton Douglas-trained son of Shocking won in style on debut at Sale and then nearly fell in the Derby Trial at Flemington on September 22 when he appeared to be full of running coming into the straight. Drawn in the outside alley, Nash Rawiller is going to take the gelding forward and look to control the speed, which could play into his favour, but we would have liked to see him have a more serious hitout in his most recent run.

Patton has already had one go at Group 1 level, but he failed to beat a runner home in the Champagne Stakes as a two-year-old. This time in, the American Pharoah colt has had four runs, which should have him ready to peak at 2000m, but he hasn’t really threatened in any of them. Drawn in the marble, Patton will likely settle in the second half of the field and be hitting the line well, but we cannot see him in the finish.

This son of Maurice broke his maiden at Newcastle two starts ago over 1400m and then got beaten there over 1600m on October 2 by nearly three lengths. From the wide barrier, Clyde is going to get back in the run and spot the main chances too big of a margin. If Clyde goes anywhere near winning this, it will take a week for us to pick our jaws up off the floor.

John Sargent’s son of So You Think has only had four career starts, winning by the smallest of margins at Scone two starts ago in the only race he has ever threatened. The gelding made no impact in the Gloaming, finishing ninth, so if he can turn that around here, we will be shocked.

The first of three fillies in the race is Never Been Kissed, who comes off a Group 1 victory just last weekend in the Flight Stakes. The daughter of Tivaci has won three of her four career starts, all of which were in this campaign. Drawn in barrier eight, this well-bred filly is going to be handy in the run under Regan Bayliss, who is in a purple patch of form. She was an upset winner in the Flight, so we are happy to be against her in this, but she is a winning chance.

Chill ran on well for fifth in the Flight Stakes last Saturday, but she still got beaten by more than three lengths against her own sex at 1600m. The 2000m trip will suit the Vancouver filly, but in nine starts, she has only won once in a weak maiden and placed second as a two-year-old in March behind a horse who is yet to win a race since. She isn’t the worst hope, but we think Alysha Collett will be waiting another day to get her first Australian Group 1.

Queensland filly Bulloo comes off a good win in the Toowoomba Guineas over a mile a fortnight ago, racing away to win by two lengths. The daughter of Written Tycoon has won three of her six starts and been in the minor money on two other occasions, so we know she has the will to win, but we aren’t overly convinced that she has enough class to beat some of these home. She should get a good run in transit from barrier five under Rachel King, but she looks out of her depth.

We are with Profondo to win the Spring Champion Stakes at just his third career start in his first racing campaign. Richard Litt has set the colt up for this race from the get-go; he looks to have plenty of raw ability, so he should only improve here third-up. He will have to turn the tables on Home Affairs, but if he’d run straight last start, he would have won. Never Been Kissed is the main danger to those two, while Alegron is the best at odds.