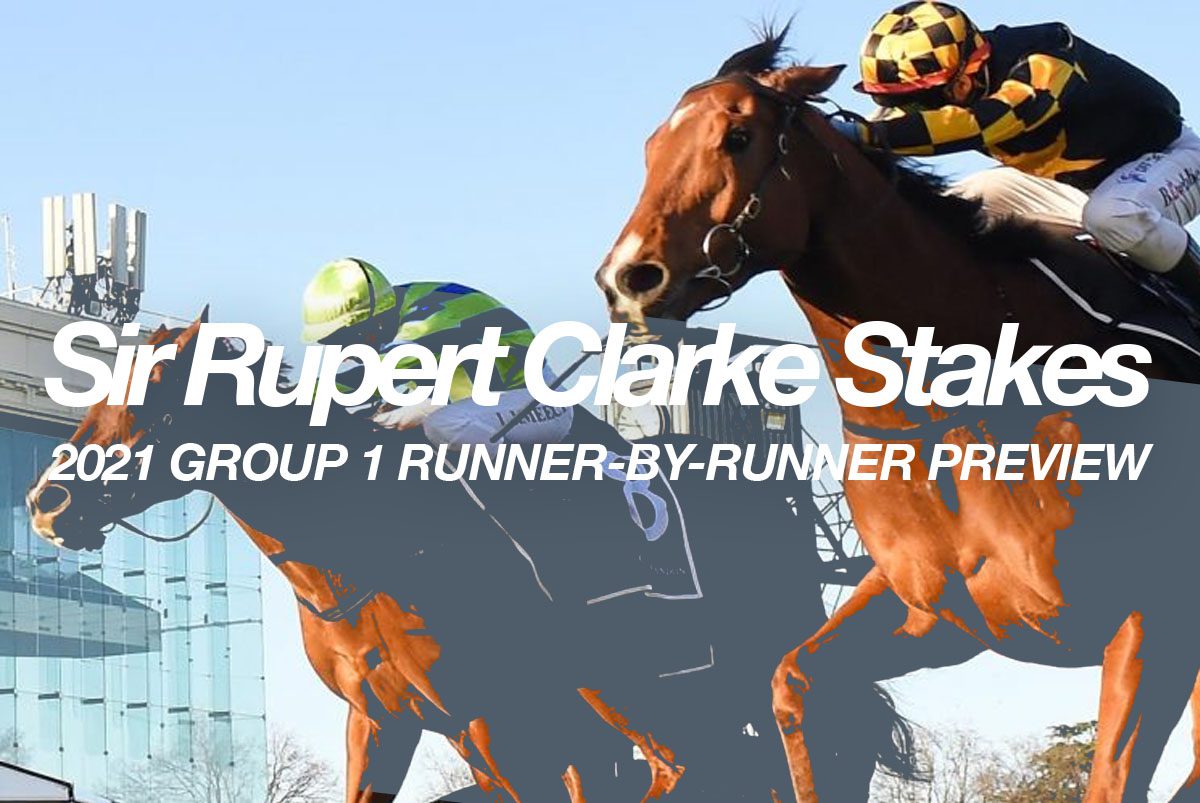 The Group 1 Sir Rupert Clarke Stakes is the feature event on the nine-race card at Caulfield on Saturday, and HorseBetting’s Victorian form analyst presents his runner-by-runner preview, top selections and betting strategy. Memsie Stakes runner-up Beau Rossa is a $5 favourite for the $1,000,000 weight-for-age race, with Behemoth and Probabeel sharing the second line at $5.50 in what looks to be a wide-open affair.

Fresh off defending his Memsie Stakes title, the David Jolly-trained Behemoth looks well placed to go back-to-back in the Sir Rupert Clarke Stakes as well. He eats up the Caulfield 1400m having won three of his four starts at the track and distance, with all of those wins coming at Group 1 level. Despite the narrow margins of victory in his two runs this campaign, he has been nothing short of impressive, and third-up from a spell with Craig Williams hopping back on, Behemoth looks a good chance to bring up consecutive Group 1 wins.

Jamie Richards sends his star mare Probabeel to the Sir Rupert Clarke in a bid to add a fourth Group 1 win to her outstanding career record. Probabeel will need a touch of luck from barrier two considering she will look to go back and run on over 1400m. She gets the services of Brett Prebble, who is coming off a Group 1 win aboard Incentivise in the Makybe Diva Stakes and is arguably the hot hand in Melbourne at the moment. With too many queries around where she settles in the run, we are happy to take on the star Kiwi, but a win certainly would not shock.

He is a two-time Group 1 winner at the track and distance, but unfortunately Streets Of Avalon’s best looks to be behind him and the $67 on offer looks to be generous.

It was a steady if unspectacular return from Dalasan in the Listed Chautauqua Stakes when finishing 11th at Moonee Valley on September 4, beaten five lengths by Express Pass. Despite stepping up to 1400m here, he clearly wants further and the $51 on offer seems to be a fair price.

Beau Rossa was the eye catcher in the Memsie Stakes and looked to be a bit of a hard-luck story. The official margin was a head, and if he had received even luck in the run, who is to say he wouldn’t have beaten Behemoth? From barrier one, the Will Clarken-trained son of Unencumbered will need luck that he did not get last time out, and if he gets that, Linda Meech will have him there fighting out the finish.

Barrier four and 52kg on his back looks to be a perfect recipe for success for the Mike Moroney-trained Buffalo River. He has two wins and three runner-up efforts from six first-up runs, so he will handle the occasion without any qualms. The query is whether he can handle a Good 4 track; he has four minor placings from eight starts on Good-rated tracks but is yet to notch a win. He has genuine each-way claims, but we will wait for a wet track before we back Buffalo River.

Sierra Sue from the Trent Busuttin & Natalie Young stable has been racing in impressive form, having taken out the PB Lawrence Stakes at this track and distance two starts back. It was a hard watch for Sierra Sue backers in the Feehan Stakes here, as she simply did not see clear air until it was too late. From barrier 10, she will need to settle in the second half of the field, and it will come down to whether she can match the turn of foot that the likes of Probabeel possess. This five-year-old mare has an abundance of class, but there are a few ahead of her in the pecking order in this race.

Groundswell needs everything to go her way, but the $26 quote is far too short for her in a field like this.

Aysar has plenty of potential, but in a race such as this it is hard to see how he breaks a winning drought that stretches back over 12 months. He had a better run in transit than most of his rivals in the Chautauqua Stakes but was soundly beaten by three lengths. He is another that we will save for another day.

Irish Flame managed to beat home Aysar in the Chautauqua Stakes when beaten two lengths by Express Pass. He does his best racing when going over 1600m or further, so the 1400m against this calibre of opponents may prove to be a stretch too far. He has five starts at Group 1 level and is yet to run a drum, and it is hard to see how he beats of half of these home.

It is his first crack at Group 1 level, but the Grahame Begg-trained Romancer is going to find this way too difficult. The eight-year-old is yet to run a drum at Caulfield from three starts and would much rather this to be run on a wet track and down a grade or three.

The Western Australian runner Samizdat comes across from Perth and has been racing in solid enough form to suggest there’s a race for him on the east coast this spring. However, that race is not the Sir Rupert Clarke Stakes.

Amish Boy is as honest as the day is long, but one win from 17 starts is hardly anything to brag about. To be fair, though, the four-year-old son of Star Witness has nine minor placings to his name and was the best of the beaten brigade in the Group 3 The Heath 1100 Stakes behind Masked Crusader. If he brings his best here, he could feature in the finish, so he is one to include in wider exotics.

Dice Roll was one of the boom runners to come through the winter months, winning three races in succession while showing plenty of Group 1 potential. The formerly Hong Kong-based galloper is another who would prefer softer going, but he hardly knows how to run a poor race. He will be close to the speed throughout and may potentially be the leader in the Sir Rupert Clarke, but he could find the 1400m too sharp and might be outclassed in this race.

The Nick Ryan-trained Regardsmaree is on the quick backup after finishing fifth at Flemington in the Listed Sofitel, beaten 1.25 lengths. He led the field up and faded late, and if he found that race too tough, then this will almost certainly be a step too far. The $41 on offer seems a touch generous; we expect to see him jump around the $60 mark.

Poland’s return in The Heath was far from eye-catching, but he was hitting the line nicely from the back of the field. He has two wins from two starts at 1400m, including a win over Amish Boy in the Group 2 Autumn Stakes at Caulfield. It is hard to see how Amish Boy is marked a $12 quote and Poland is marked at $41, so perhaps there is a touch of overs about this guy. He may be the one to play on an each-way basis with a small investment.

I’m Thunderstruck needs a scratching to get into the field, but if he does gain a start, he is more than capable of snaring the Sir Rupert Clarke. He has untapped ability and may just prove too hard to hold out. With just 52kg on his back he may not know himself, considering he needed to lug 60kg at The Valley on July 31. He will need to go back from the wide barrier, but look for him to be starting a run around the 600m mark. He has a sharp turn of foot and will be there when it matters most.

This looks to be a race where you can go through a process of elimination. In our opinion, eight of these runners cannot win at Group 1 level, but the one who can once again is Behemoth. He claimed the Memsie Stakes when many others doubted him and now plenty are questioning his chances on Saturday, but we are not one of those. He has a tenacity to win and from barrier three will get a cosy ride with Craig Williams back on board. He claimed back-to-back Memsie Stakes titles and now we are backing him to do the same in the Sir Rupert Clarke Stakes.