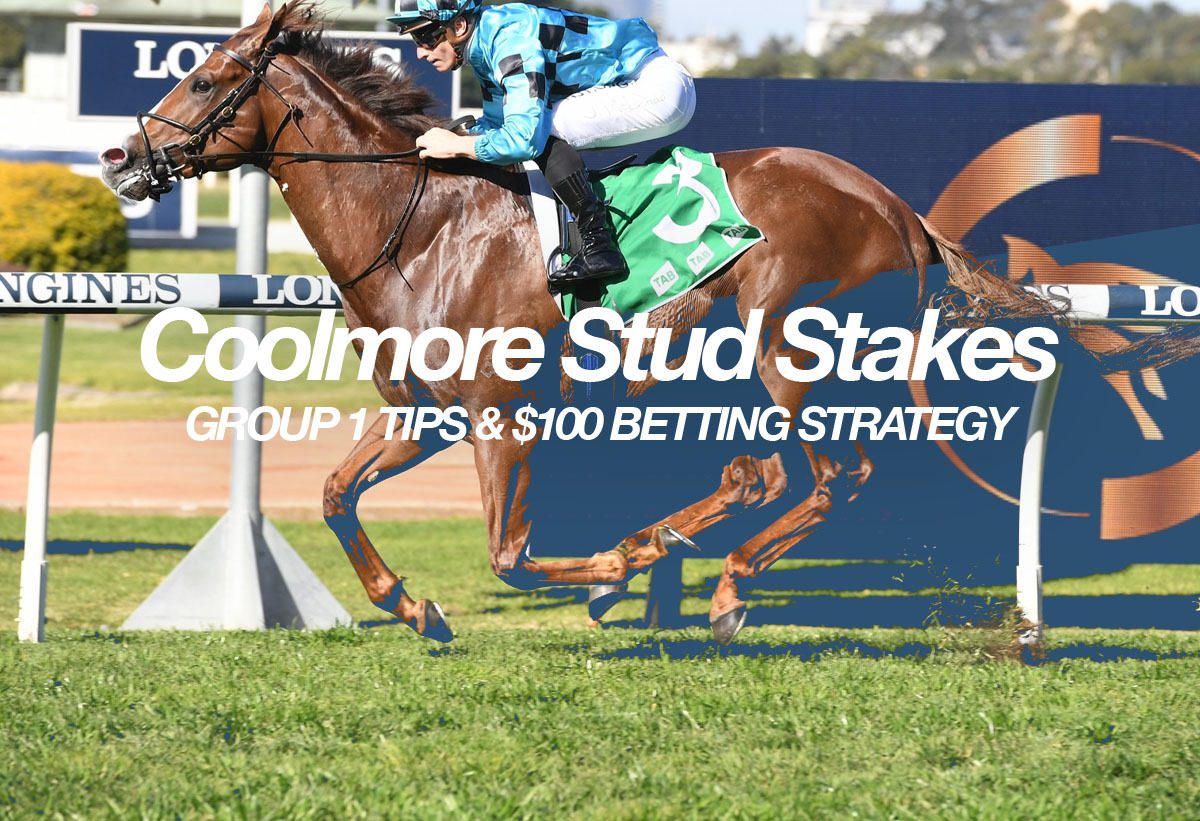 The time-honoured Group 1 Coolmore Stud Stakes is one of four Group 1 races at Flemington on Saturday afternoon. HorseBetting’s Victorian form analyst presents his race preview and betting strategy for one of the feature events on VRC Derby Day. Blue Sapphire Stakes winner Extreme Warrior is a $4.60 favourite for the 1200m race, whilst In The Congo is on the second line of betting at $5.

We think the market may have missed one in Paulele, who is deemed a $6.50 chance in the Coolmore Stud Stakes. He has some incredible form behind the likes of Home Affairs and has a win against In The Congo to his name earlier in the preparation. This will be Paulele’s second look at Flemington having gone around at 1400m in the autumn, and his straight-line sprint speed looks to be nothing short of remarkable. His last-start win in the Group 2 Roman Consul Stakes saw him settle in the second half of the field and give the leaders a fair advantage before unleashing down the centre of the track. Despite not having straight-track experience at Flemington, he looks to be a star on the rise, and we expect the Coolmore Stud Stakes to be his crowning achievement on his way to the breeding barn.

It is nothing to be disappointed about if you cannot keep up with Nature Strip and Eduardo, and that was the case for Home Affairs when competing in The Everest on October 16. Having settled on the rail inside Nature Strip and in front of Eduardo, he simply found the tempo too hard to keep up with and was eventually beaten five lengths by his stablemate. He now steps back into a race against runners his own age, and if he replicates his win from the Listed Heritage Stakes two starts back where he beat Paulele, then he surely cannot be discarded. We are getting a nice price about him too, with odds of $12 available if you shop around with our top online bookmakers.

With a majority of the field of 17 in form, it is hard to knock some of these. With Extreme Warrior, In The Congo, Ingratiating, Artorious and Kallos all having genuine claims, this sure to be one of the best races of the Melbourne Cup Carnival.