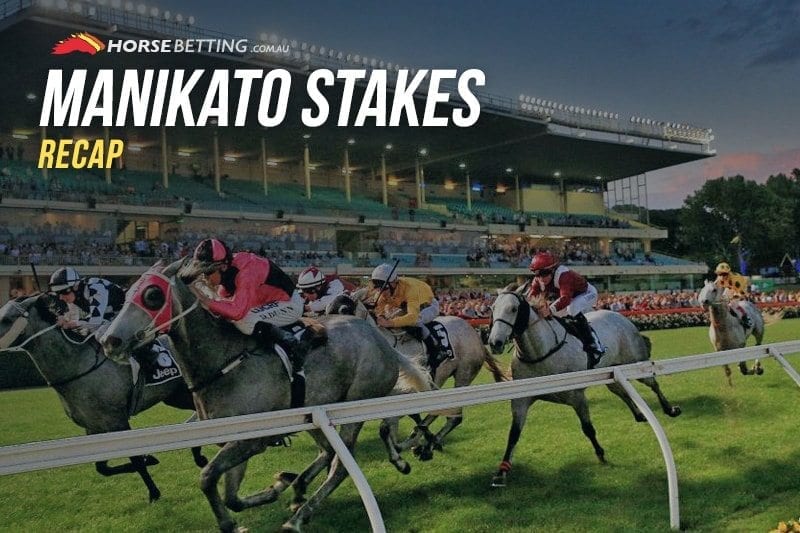 WHAT an incredible 2017 Manikato Stakes unfolded in front of a sold out crowd at Moonee Valley.

The interference came at the 1000m point as Hey Doc crossed from the wide gate to the inside rail, but there was little in it and we believe the connections of In Her Time were clutching at straws.

With so many talking points following the running of the 2017 Manikato Stakes, we thought we’d run through them to try dissect what was truly an incredible race.

Did the vet make the right decision?

We don’t envy the position of a race day vet, especially one which has to make two incredibly tough calls on such a big night, but we can only think the wrong decision was made.

Firstly, English got its leg over the barriers, but was cleared to run by the vet. Chautauqua subsequently played up in the barriers and was taken out to be checked over.

The second favourite ($6.50 at Neds) wasn’t on its best behaviour around at the start and was subsequently scratched, much to the betting public’s dismay.

English, on the other hand, was passed fit and subsequently ran well down the track. Jockey Mark Zahra essentially pulled up the Waterhouse/Bott-trained sprinter in the straight and that wasn’t nice to see.

We’re hoping all is well with both runners.

Vega Magic wishes it was tucked away in bed

$2.05 favourite Vega Magic didn’t run up to its potential and there were some big bets going down the drain at Moonee Valley.

The Lindsay Park-trained runner didn’t jump well and looked under pressure from the outset. It was able to keep In Her Time in a pocket, which cost it the race, and co-trainer David Hayes was trying to find a reason for the flop.

“He stood in the gates for a long time, jumped a bit slow and then got a nice run,” Hayes said.

“It’s either under the lights – he didn’t like it, or he’s a bit flat. The signs were that he wasn’t flat, but he certainly raced five lengths below his best.”

Vega Magic is a talented thoroughbred and we’ll let the dust settle before making our judgements on the former Perth runner.

We should have respected Hey Doc at The Valley

Unbeaten records are nothing to be sniffed at and punters seemingly overlooked the record of Hey Doc.

The Tony McEvoy-trained winner had a perfect two-from-two record at Moonee Valley and it kept that in fact with a gritty on-pace victory in the Manikato Stakes.

The four-year-olds form had taken a dip since winning the Aurie’s Star in August over Cannyescent, but it clearly didn’t appreciate stepping up in distance to 1400m and 1600m.

Reverting back to the sprinting distance, Hey Doc was able to show its customary grit in holding off the talented In Her Time and Malaguerra.