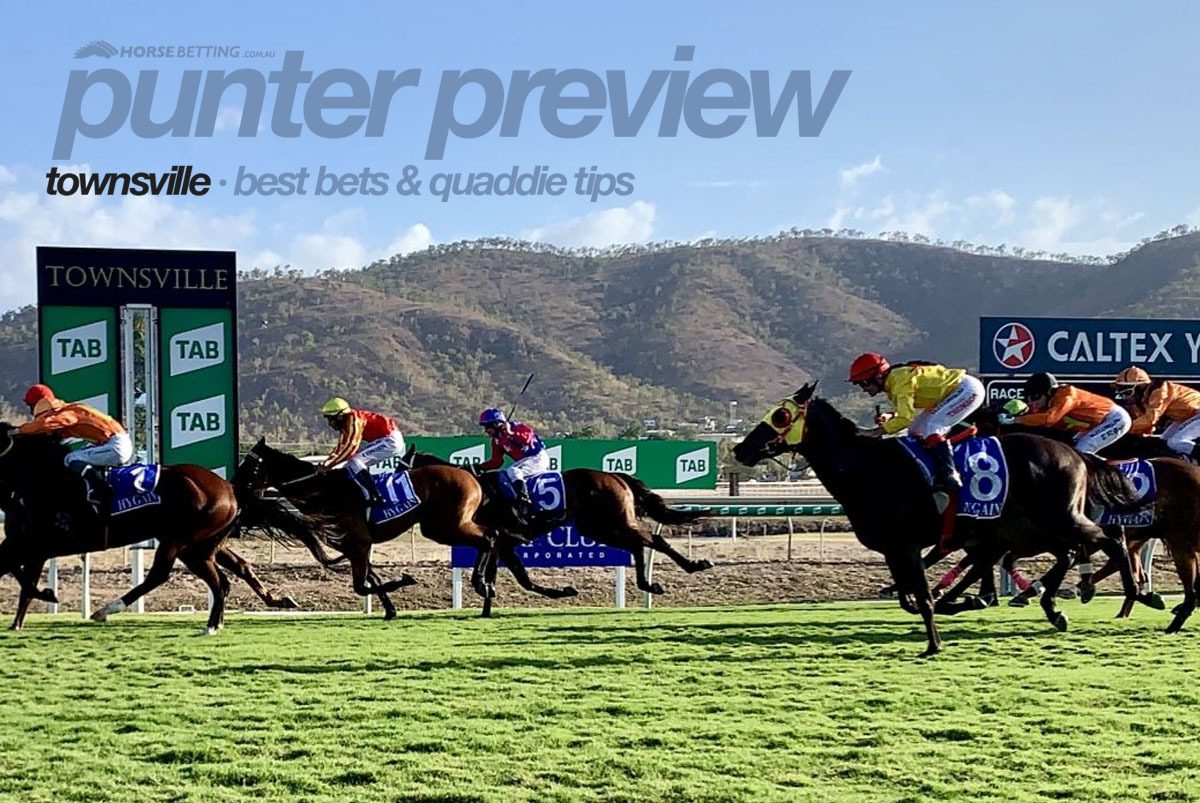 It is Townsville Cup week in Queensland’s north, with a bumper nine-race program scheduled for Thursday afternoon before the feature Cup meeting is run on Saturday. HorseBetting’s Queensland racing analyst presents his best bets and quaddie numbers for Thursday’s card, which is scheduled to kick off at 12:02pm AEST. The track is rated a Soft 5 and the rail is in the true position for the entire course. The Belle Of The Burdekin and Lightning Handicap have attracted strong fields, with one very exciting runner resuming in the feature sprint.

The Ben Williams-trained Molongle Surprise has got bundles of ability, so it is exciting to see him back in the racebook. The six-year-old son of Bel Esprit has won five of his seven career starts, while in his two defeats, he has finished in the minor money. Interestingly, this classy galloper’s two defeats have come when first-up, so that is a slight concern ahead of Thursday, but both times he has had either no trials or just the one – this time he has had two. It has been 13 months since Graham Kliese has let another jockey sit on Molongle Surprise, so it is no shock to see him in the saddle once again. From barrier six, the horse will get a gun run in the middle of the pack before unleashing with his brilliant turn of foot. He can extend his winning streak to four in the Lightning.

Next Best at Townsville – Pizzo

Lindsay Hatch sends Pizzo north on Thursday for what looks a very winnable race. Upon resuming at Toowoomba on July 16, the son of Denman closed off strongly to run second, some five lengths behind dominant winner Jack Be Lucky – who won again on Tuesday at Warwick, franking the form. This is a capacity field of 16, so there is sure to be some pace in the race, which is only going to suit Pizzo and Justin Stanley from barrier seven. With even luck and a good run in transit, Pizzo looks the one to beat in this 1400m Class 1.

Three-year-old gelding Better Than Elvis lines up in his second career start on Thursday, and given the form out of his Rockhampton maiden back in November, he should take some beating. The Kevin Hansen-trained son of Better Than Ready ran third behind Cocobrew Express and Refuel in a 1050m 2YO Maiden, and the two horses that beat him home have both run well in southeast Queensland, including the Group 1 J.J. Atkins (1600m) in June. He hasn’t had an official trial, but Hansen generally has his horses fit and ready for the races, while one of the state’s top hoops, Justin Stanley, has the ride. He will show speed from barrier two and be hard to beat.