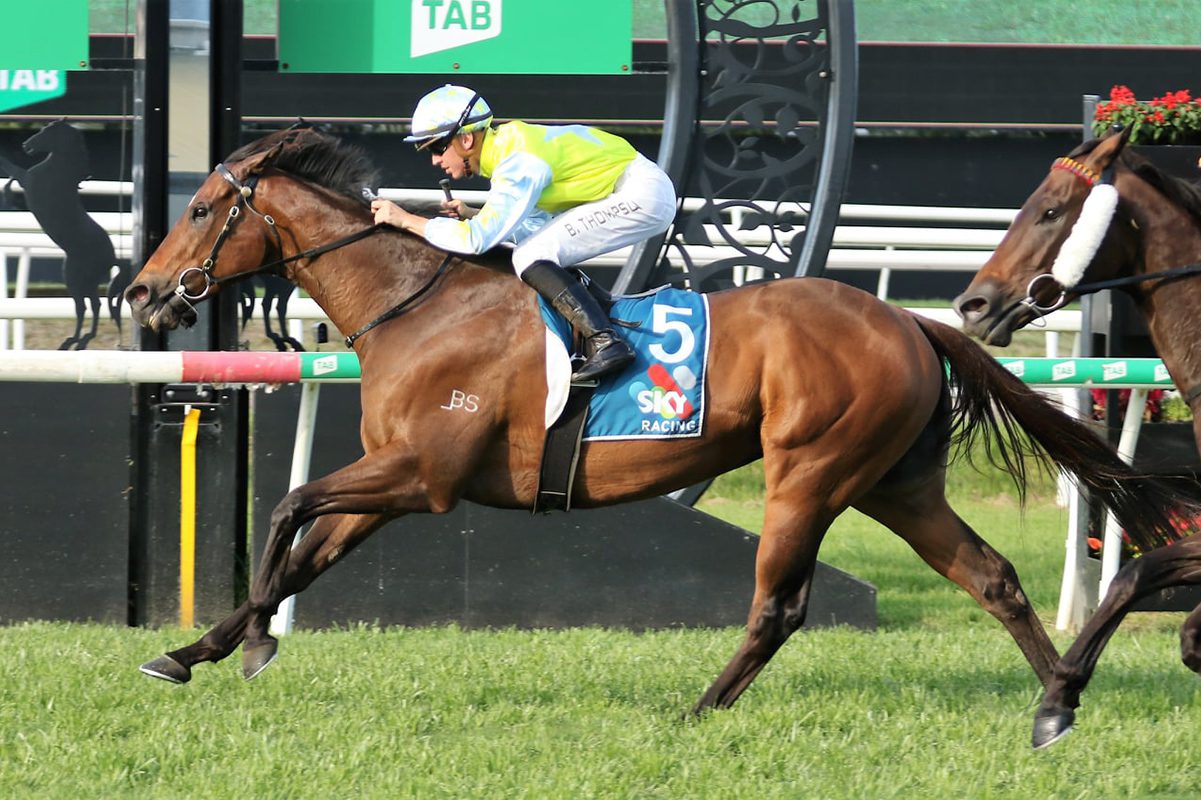 Having won the Listed Bribie Handicap at his last start, Totally Charmed will be taking his place in next Saturday’s $1 million Magic Millions Snippets (1200m) fresh of a five-week freshen.

The seven-year-old son of I Am Invincible has been only lightly raced, having had 22 starts, however he has been a model of consistency, winning eight races and placing in a further nine.

Since his last-start victory on December 11, Totally Charmed has had a short stint at Sunshine Coast trainer Billy Healy’s property at the beach, along with an eye-catching jump out at Doomben on Tuesday morning, where he finished second to Isotope.

After another main gallop next Tuesday, she will be spot on for the @mmsnippets Snippets over 1200m Saturday week at @GCTurfClub ⚫️⚪️ pic.twitter.com/OwvhaohcMq

“Obviously it’s going to be five weeks between runs, but we know he goes like an absolute bomb fresh, so we sort of planned on not running and keeping him nice and fresh heading into the Millions,” co-trainer Matt Hoysted told HorseBetting.

“As you saw on Tuesday, he really couldn’t be going any better.

“He’s obviously a backmarker who needs a bit of luck in running, but if he can draw a soft gate where he’s just going to get a perfect smother and able to just have one last crack at them, he’s well and truly up to a race like that.

“He’s got a scintillating turn of foot when he can be ridden so, and we’re really looking forward to next Saturday with him.”

Hoysted said that Totally Charmed hasn’t had the luckiest of careers thanks to some niggling injuries, which saw him suffer a tendon injury early on his career in Sydney, before bleeding at Eagle Farm in June, 2020.

“He was sent down to Sydney early doors when he started his career off,” the trainer said.

“He actually did a tendon there – he was owned by Aquis Farm then, so he went through their rehab program and that’s when we got him from there.

“He always showed a hell of a lot of ability early doors, and just wasn’t in their (Aquis) business model – obviously being a gelding, so they sold him.

“He’s been a great purchase for us; he’s had a few little niggling issues – he flared up that tendon again, so we gave him a good break on the back of that and then when he ran second at Eagle Farm one day, he actually bled.

“So he’s had a few little injuries, so we don’t over-race him, don’t over-tax him.”

Hoysted believes the ever-green gelding will only improve with age, and is “no doubt” in the best form of his career.
“It’s been great that the owners have allowed us to be nice and patient with him and give him shorter preps,” he said.

“He’s no doubt in career best form, so although he’s a seven-year-old, he’s definitely going as good as he’s gone.
“Hopefully the next six months, we can continue to have a fair bit of fun with him.”

The stable will also saddle up their fellow seven-year-old, Scallopini, in next week’s Snippets.

The son of Snitzel hasn’t been seen at the races since July 31, where he finished second to Emerald Kingdom at Eagle Farm.

Emerald Kingdom takes out the 8th race from Eagle Farm for Robert Heathcote!

Leah Kilner took him to the lead and he just hung on from the fast finishing Scallopini 💪 pic.twitter.com/j9YwpXbSTy

“He’s had three jump outs and trials as well in there to ready him up for this,” Hoysted said.

“We know on his day he’s a really good horse.

“He’s obviously a multiple stakes winner and if he can get the right sort of run in transit, although he’s getting on a little bit in age, he’s going really well.”

Totally Charmed is a $10 chance to take out the Snippets, while Scallopini is a $15 chance with Sportsbet.com.au.

That race is shaping to be one of the most anticipated races on Magic Millions Day, where we will see the return of Isotope, as well as South Australian star, Beau Rossa.