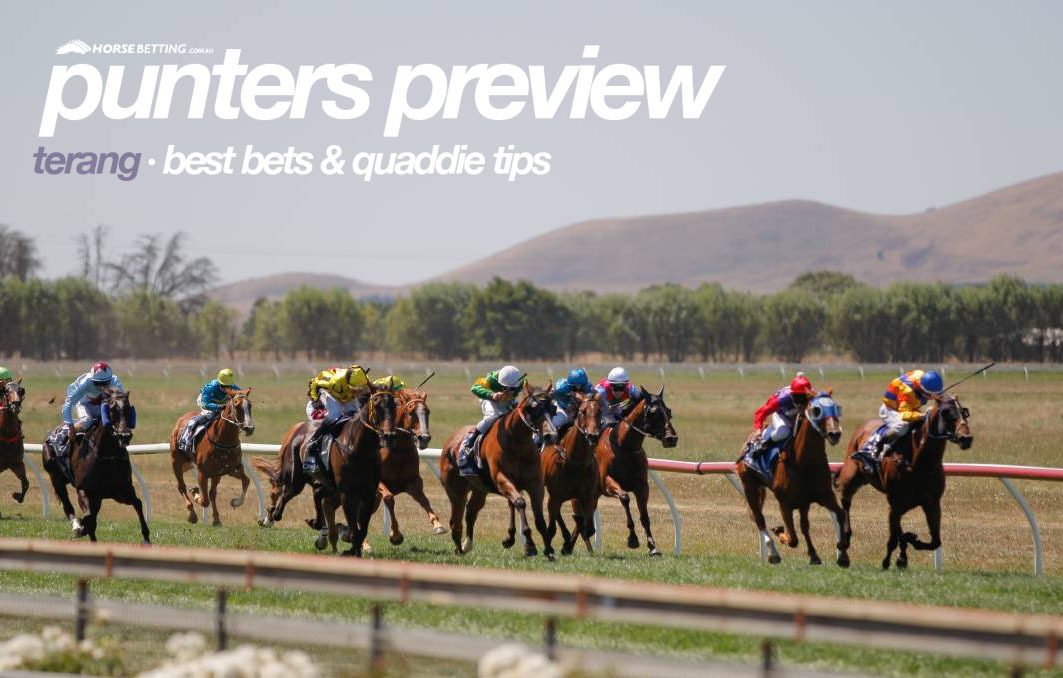 It is Terang Cup Day on Sunday afternoon as an eight-race card is set to be run and won in Victoria’s South-West. Perfect conditions are set to greet punters, with the track rated a Good 4 and the rail in the true position for the club’s marquee day.

Horsebetting’s Victorian form expert has combed through the card and found a couple of best bets, including a tip in the Cup, with odds provided by the best online bookmakers.

Gone are the days where the now Aaron Purcell-trained Constantinople was a one-time Melbourne Cup favourite, however we expect he will be too hard to beat in the Terang Cup. Despite not winning in close to three years, the six-year-old gelding finished off nicely in a tougher race at Mornington on March 26 when finishing fourth. Stepping up to the 2150m from the 2000m will only benefit his chances and considering he has a win and a runner-up effort to his name from four third-up runs, Constantinople clearly looks the one to beat if he is anywhere near his best. From barrier 11, we expect Declan Bates to have this guy settled midfield with cover and with just 55.5kg on his back, Constantinople should simply prove too hard to hold out.

Patience will be a key on Sunday afternoon, as our best bet of the day Whipcracker Way steps out in the final event of the day. The Phillip Stokes-trained five-year-old gelding had a spring campaign to forget, hardly reaching the heights he is capable of with two midfield finishes in as many starts. He comes to Terang with a formidable first-up record, having won three of his four starts when resuming from a spell and from barrier one, with Sheridan Clarke on board claiming 2kg, the plan looks to be simple. He is a sprinter with a high-cruising speed and following the claim will carry just 58kg which will aid his chances in leading throughout this BM78 event. There’s no doubt he would prefer to get his toe into the ground, but the $4.60 on offer with online betting sites is too hard to pass up.

NEXT BEST AT TERANG: MICHANTE

The Ciaron Maher & David Eustace-trained Michante is set to resume off a six-month spell where the Americain mare will look to build on the impressive foundations laid in her debut campaign. With two wins and two minor placings to her name from five starts, her only faulter came on rain-affected ground, so the firmer deck at Terang should suit her winning chances perfectly. Having won on debut, we know she will handle the occasion when resuming from a spell. She resumes at the 1600m, a distance she has two runner-up efforts at and despite no doubt wanting further, we expect Michante to be simply too good for this lot. We’re happy to load into the $4.20 on offer from PlayUp.