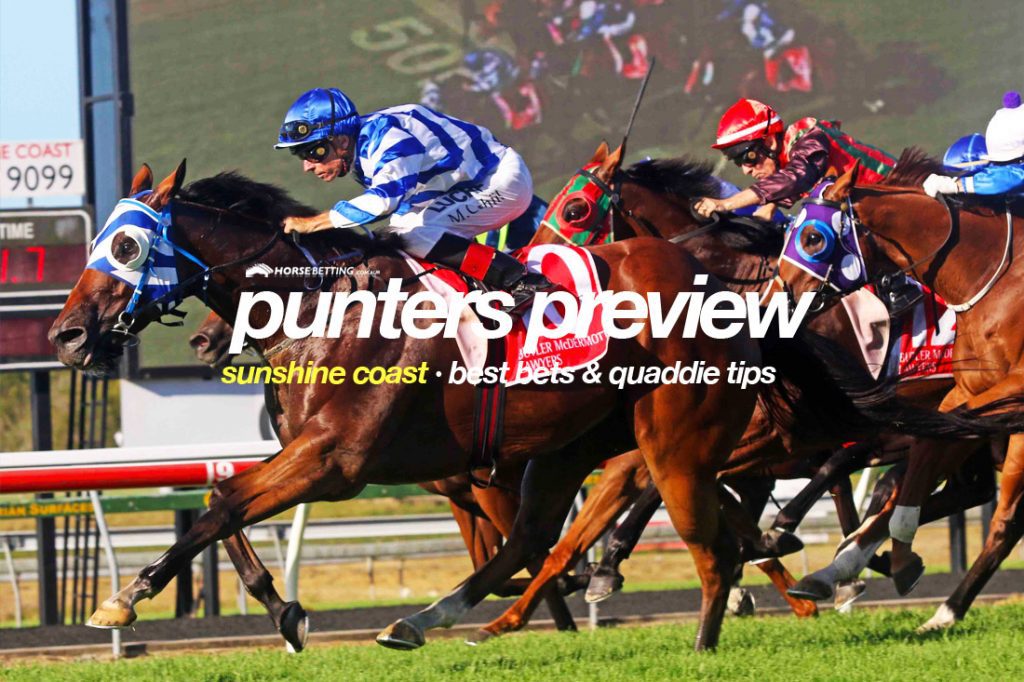 HorseBetting’s Queensland racing expert presents his best bets and quaddie numbers for Sunday’s eight-race meeting at the Sunshine Coast. The meeting is scheduled to get underway a 12:37pm AEST, which sees a small field of three-year-olds contest a Benchmark 62 over 1200m. The track is rated a Good 4 and the rail is in the true position for the entire course, setting up perfect racing conditions.

Well if you live in Brisbane or surrounding areas, Foggy Dew could be a bit of an omen tip this week given the large fog clouds that have covered the city during the week. The Stuart Kendrick-trained three-year-old is having his first start at the races on Sunday, but we are confident that we saw enough at his only trial to want to back him in this pretty average Maiden Handicap over 1000m. The colt by Extreme Choice finished three lengths away in the 850m trial behind stablemate Bend And Snap, who finished second on debut at Eagle Farm on Wednesday behind the unbeaten Prince Shalaa. They ran the second fastest trial time of the morning, and the horse that ran the fastest was a six-year-old mare who has been at the races 12 times for a win, so you’d expect that she would go a bit quicker than the new season three-year-olds in their first real race day experience. From barrier five with James Orman in the saddle, Foggy Dew can start his career off the right way.

Joshua King has only had one runner as a trainer, but we will be hearing a lot more of his name as he picks up horses from Steve Tregea has he prepares for retirement. Argyle Lane, a half brother to Caulfield Cup winner Incentivise, was a good winner on debut at this track, laying down the law to the odds-on favourite Win Burn. Win Burn franked the form by winning his next start by two and a half lengths, so we are confident that Argyle Lane can win again. The five-year-old gelded son of Golden Archer is likely to race up on the speed once again from barrier two under Michael Murphy who deservedly retains the ride. He looks pretty smart – maybe not as smart as Incentivise – but smart enough to win a Class 1 on a Sunday at the Sunshine Coast.

We are hoping that the bookies price this horse based off his Non-TAB form and not his most recent run at Eagle Farm, because there could be a juicy price attached to his name on Sunday. The Pat Webster-trained eight-year-old won five races in a row, including the Country Stampede at Doomben in December, before having his colours lowered at Eagle Farm at the end of June in the Battle Of The Bush Final. Beating her that day was Ammoudi Bay, who has since run very well in both the Rockhampton and Mackay Newmarkets. He will likely lead from barrier one and give this race a real shake under Jasmine Cornish. Superare will take beating on his home track, but the hardened V J Day will take running down.