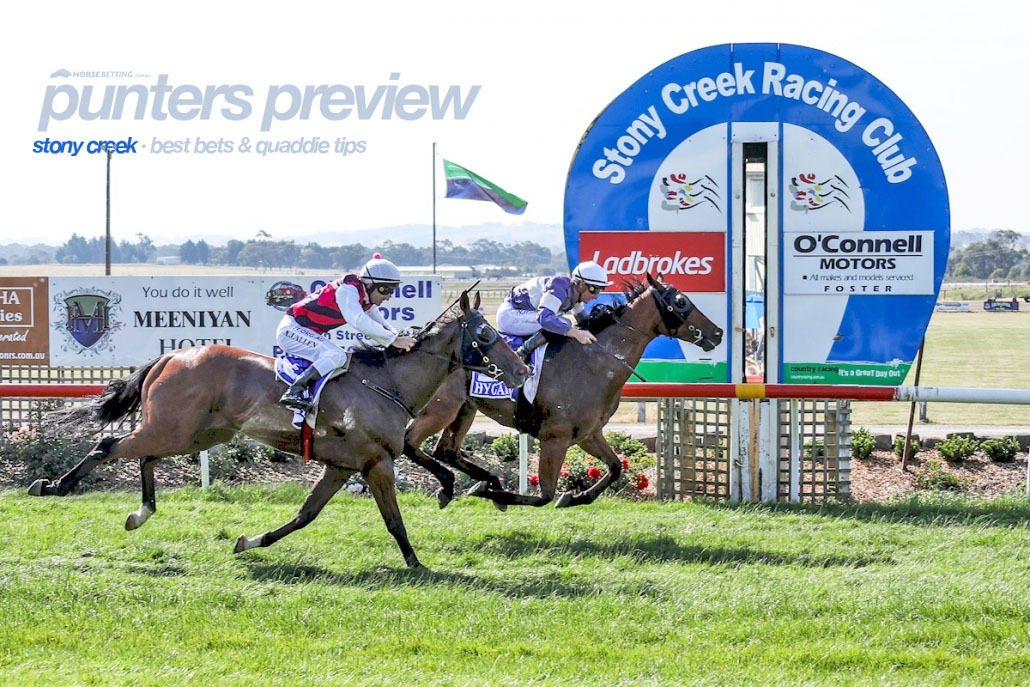 We will be hoping to steer you into a Valentine’s Day winner on Monday afternoon as Stony Creek holds an eight-race card on Monday afternoon. In recent times there has been a significant on-speed bias on tracks rated a Good 4 which is what we race on this week, meaning settling in the first four will give you an advantage. The rail is in the true position for the meeting commencing at 1:30pm AEDT.

We do not need to wait too long in the day for our best bet of the day, as the Jason Warren & Dean Krongold-trained Figo The Great looks to break his maiden tag at start seven. Having settled up on speed at Werribee, the three-year-old chestnut gelding simply could not run down race leader Charlie’s Tin, but a repeat performance on Monday should see him breakthrough. He has a tactical speed advantage on market rival Perpetual Grace who will likely settle a couple of lengths behind our guy. Figo The Great looks set to roll forward and sit outside race leader She’s Rewarding. This will be his fifth run of the campaign, so the Magnus gelding should be reaching peak fitness and we expect he will be too hard to run down in an on-pace victory to kick off the day. The $2.25 on offer from Neds seems to be reasonable price.

We will be looking to bookend the program when the Ken & Kacey Keys-trained Tobytoff looks to build on his last start maiden win at the Stony Creek 2100m which he returns to on Monday. The four-year-old chestnut gelding put three lengths on the second-place horse on that day and considering he has not finished outside of the top four in his last nine starts, he is clearly racing in strong form. This BM58 he steps in to is not the deepest field going around and a replica performance from his debut should be enough to take out a race like this. From barrier 10, Craig Newitt will look for the rail early on where Tobytoff should gain an uncontested lead. Under a well-rated ride from Froggy, we are more than happy to take Ladbrokes’ price of $3.70.

The third leg of the quaddie looks to be one of the most open races of the day, but we are anticipate the veteran of the field, Tycoon Felix to get the job done for trainer Sharyn Trolove. The 66-start veteran has three minor placings from his past three starts, including consecutive runner-up efforts in weaker company. Having been nosed out the Balnarring Cup two starts back, we expect the Written Tyccon gelding to bounce back with an overdue win nearly two years in the making. Michael Poy will look to have the bay gelding settled midfield with cover and when asked for an effort we expect to see Tycoon Felix grind down the outside and snatch victory at a nice price.