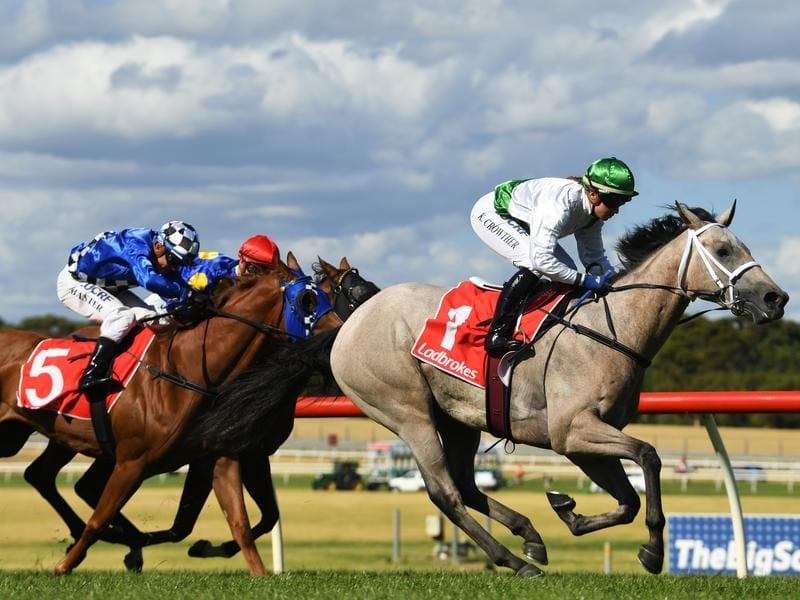 WE’RE back in the twilight zone this Wednesday as Sandown’s day/night meeting takes precedence on the Australian thoroughbred landscape.

We had a good afternoon on the tip on Blue Diamond Stakes Day and we’re confident we can repeat the dose on Wednesday.

Let’s get into it.

Liveinthefastlane only narrowly missed out on going back-to-back in just her third career start, missing out by less than a length at Werribee at a lower level.

This is a step up in class but we’re backing a bounce back performance by the inexperienced filly.

Liveinthefastlane is at $3 via online bookmaker Ladbrokes

Duke Of Magnus has finished second in back-to-back events, missing out by a combined neat length. The last start was at the Valley and was only two parts of a length, which looms as a better field than what three-year-old gelding will confront on Wednesday.

We think Duke Of Magnus will break through at this sixth time of asking.

Duke Of Magnus is at $3.40 via online bookmaker Ladbrokes

Stocktaka was great on debut, finishing second at Pakenham in a decent event.

The horse only missed out by two parts of a length that day, and with no other runner standing out we believe Stocktaka is one of the better bets of the twilight meet.

Stocktaka is at $1.80 via online bookmaker Sportsbet

Peko is a consistent mare that looks hard to beat in this event.

The horse has two wins and five second placings from eight race starts, and was only two parts of a length away from adding another win to her tally at this track on January 13.

Peko looks to be the class runner in this field and we’re backing her in.

Peko is at $1.80 via online bookmaker Sportsbet

No Drama Darci looms large in this event.

From four starts the gelding has never finished outside the top-two, winning powerfully at his third start by two and a half lengths. The horse is learning with every race start and we’re confident he can continue the solid run of form here.

No Drama Darci is at $1.80 via online bookmaker Neds

Schwitzer broke the maiden tag in wonderful fashion last-start, winning by over two lengths at Pakenham over the 2000m trip.

The increase in distance should benefit given his performance improved with each jump in trip and we think the 2400m will be ideal. The price looks enticing and we’re backing him in to go back-to-back.

Schwitzer is at $4.60 via online bookmaker Neds

Gasworx has been in scintillating form recently, winning three times and placing second twice in his last five starts.

The horse hammered the field by six lengths at Kyneton, and while he steps back up to city grade here the form cannot be denied.

Gasworx is undefeated at the distance and we’re backing him in to make it three from three at 1500m.

Gasworx is at $6 via online bookmaker Bet 365

Mount Kilcoy is third-up on Wednesday, where he has won at in the past.

Jumping up to a more appropriate distance after a pair of runs at 1400m and below, Mount Kilcoy finally stretches out to beyond the mile, where he has delivered a win at Caulfield against open company.

This field is much easier on Wednesday and we’re backing the horse to end the day in style.