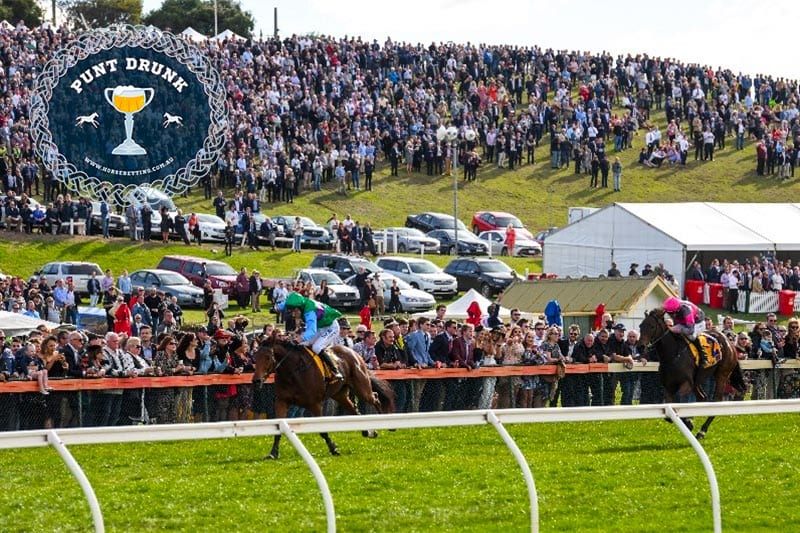 It is like Christmas in autumn, isn’t it? Day 1 of the Warrnambool May Racing Carnival is here, and as we know, the three-day event on Victoria’s Shipwreck Coast is all about endurance. Today’s edition of #PuntDrunk gives you the best survival guide to get you through unscathed (or close to it).

As we all know, it can be hard not to blow your load early, and there are 10 races at the ‘Bool with the first jumping at 11:20am. This is where smarts need to kick in. It is a maiden hurdle with a short-priced favourite. Please do not go chips-in this early in the carnival – you need to pace yourself. Take the first couple of races to see how the track is playing, and finish off the last lot of emails that need to be sent for the day. Another early test comes up in the third with a $1.75 hot-pot, but we need to stake accordingly throughout the day. Have a play in the quaddie, then crack open the beers and try not to blow the bank this early in the carnival. The Brierly Steeplechase is a race you can have a decent play in, because how good would it be to back the winner this year? We can hear Ric McIntosh’s voice fading already.

Uber Eats your breakfast, because let’s be honest, you’re not going for a run or even getting out of bed before 9am. We will have pulled the quaddie and the top-shelf grog has had a fair hit after the first day, so the head is not quite right. It is Galleywood & Wangoom Day, and with the halfway mark approaching, we are starting to load up in some of the big races. Bring on the Ancestry and Jungle Edge speed battle in the Wangoom. Add in the likes of Brittanicus, Instigator and Saunter Boy in the Galleywood, and Day 2 looks to be a ripper. But hold your horses, punters, because Day 3 is where it is at!

Zed Em, Bit Of A Lad, Gold Medals, Yensir, Napoleon and Spying On You headline a capacity field of 12 in the Grand Annual. Requiring 5500m of pure grit and determination, it is the one race that sets the ‘Bool apart from most carnivals (#RipRicMacsVoice). Add in the Warrnambool Cup as the penultimate event of the carnival with 16 runners involved, and it’s the day to load up on.

It is what separates the boys from the men – endurance and smarts. But if you unload early on in the carnival, you can rest easy knowing you will not be the only one to do so. BRING ON THE ‘BOOL!

Despite us being more keen for the ‘Bool than for a cold beer, we are heading to Hawkesbury for our best bet of the day. Tommy Berry and Chris Waller team up with Captivare, who was last seen narrowly beaten at Kembla Grange on April 24. The son of I Am Invincible may have lost the Coolmore Stud colours, but he has not lost the untapped ability he possesses. Expect him to be up on speed before flying past his rivals when asked for an effort.