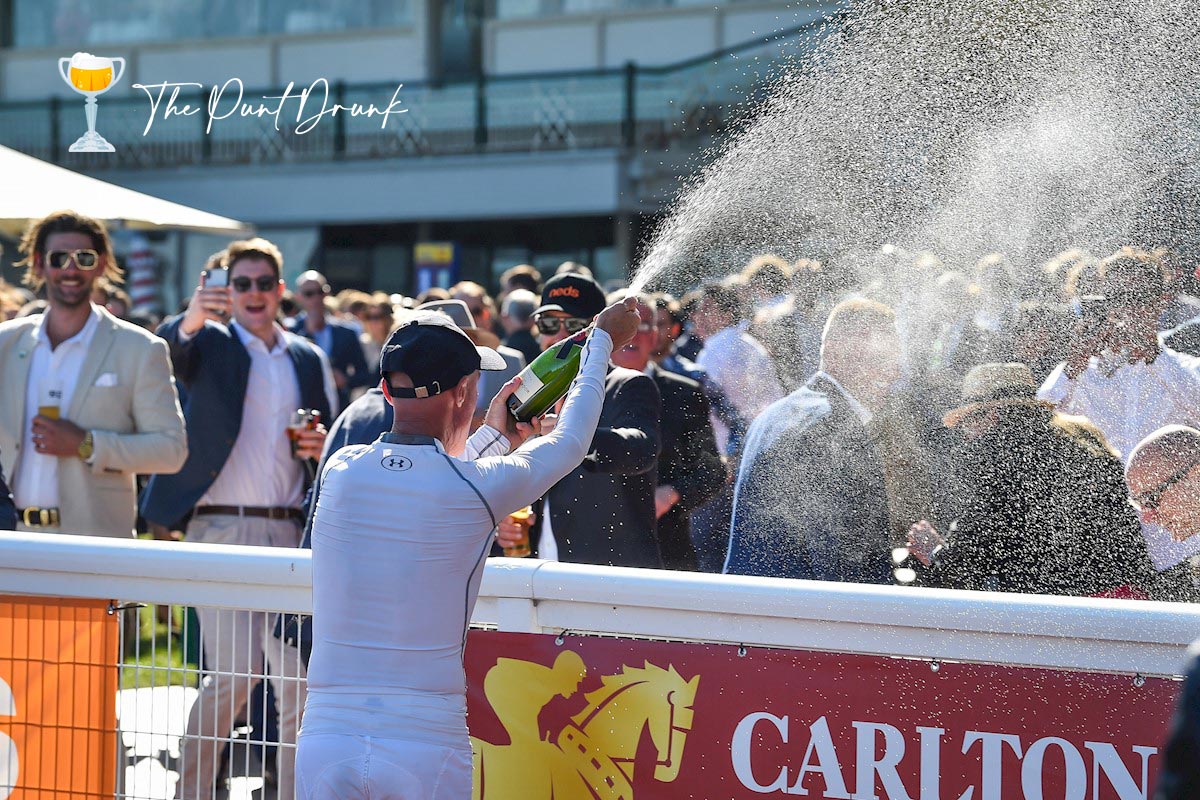 It was another big weekend of racing around Australia on Saturday despite the abandonment of Queensland’s metropolitan meeting due to wet weather. Punt Drunk has all the big headlines covered this Monday, including one farewell going south and another retiree bowing out in style. The skies are clearing for another huge week of thoroughbred action as we build to the final Group 1 of the 2021 calendar year on Saturday.

Another Group 1 was run and won at Ascot on Saturday afternoon, and once again it was William Pike booting home one of Bob Peters’ runners in the cerise and white silks for trainers Grant & Alana Williams. The star hoop guided Graceful Girl to a dominant 2.8-length victory in the Winterbottom Stakes, circling the entire field in a last-to-first win over stablemate Stageman and Elite Street, who was denied back-to-back successes in the $1 million sprint. Pike has won the Winterbottom previously, but never has he won it as a race with Group 1 status, so Saturday’s win was extra special for the hoop. He now looks a deadest shoo-in to complete the clean sweep of Western Australian Group 1 races this year as he gets back aboard Western Empire in this Saturday’s Kingston Town Classic (1800m). Pike won the Railway Stakes and the Winterbottom by a combined 6.85 lengths, so it’s fair to say he’s pulled their pants down.

How good is Graceful Girl?! pic.twitter.com/zDn9zhO9k4

We aren’t sure what we wanted more – our multis to win or for Bossy to go out a winner. Regardless, neither happened. It was set up perfectly for Glen Boss to retire as a winner in his final race ride when he partnered $1.40 favourite Spanish Mission in the Zipping Classic at Caulfield on Saturday, but it wasn’t to be as the Peter Moody-trained stayer battled away for fourth. Multis ruined. Fairytale shattered. Mission failed. It wasn’t all doom and gloom for Group 1 Bossy around The Heath, though, as the three-time Melbourne Cup winner partied hard in the mounting yard, stripping down to just his pants – yes, even his boots were off. Boss tossed just about everything into the crowd: his helmet, goggles, silks, singlet, riding boots and, of course, copious amounts of champagne. He celebrated like he won the race, and boy, does he deserve it. On ya, Bossy!

The boots are off… 🤣 pic.twitter.com/GCjHemXK4X

While Bossy didn’t get the finish he was after, Japanese superstar Contrail sure as hell did. Starting as a $1.65 favourite in Sunday’s Japan Cup, the decorated colt did not disappoint in his final race start before he embarks on a stud career, racing away to win the 2400m event at Tokyo. The son of Deep Impact won five Group 1 races in just 11 career starts. Contrail won his first seven career starts, including the Japanese Derby in 2020 to complete the Japanese Triple Crown, before copping his first defeat in last year’s Japan Cup when second to Almond Eye. There is hope that Contrail can follow in his late father’s footsteps by becoming the next ‘big thing’ in terms of Japanese stallions, and gee, do we hope the breeding experts are right. Tokyo’s race caller summed it up perfectly in the final stages of the Cup as Contrail hit the front inside the furlong pole: “Goodbye, son, well done.”

Contrail goes out a winner!

He takes out the G1 Japan Cup in convincing fashion 🙌 pic.twitter.com/IQnYjbO5wO